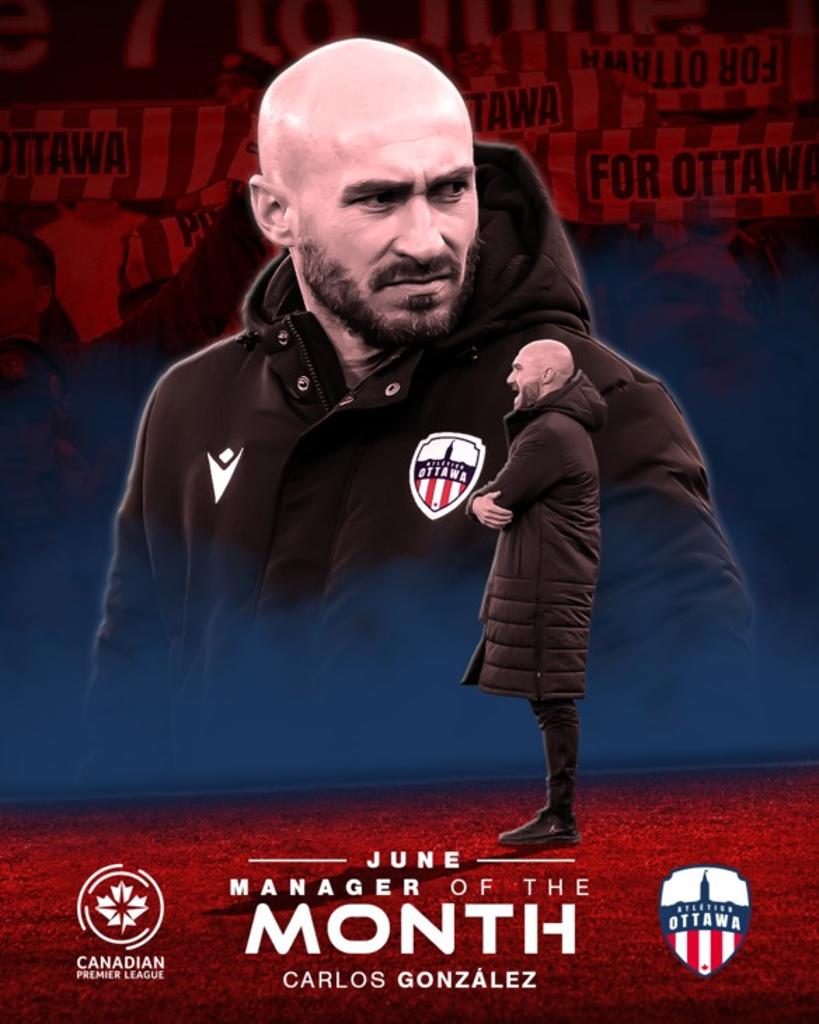 Atlético Ottawa’s Carlos González has been named the Canadian Premier League manager of the month for June 2022.

Under his watch, Ottawa lost just once in the month of June and picked up some historic victories, including a first-ever win in Halifax 2-0 against the Wanderers on June 30. They also beat Pacific at home (2-1) and Valour away from home (1-0).

Through five matches played in June, Atleti conceded just two goals, continuing to build on their impressive defensive identity this season. June (including a May 22 win over Edmonton) also saw the club win three straight matches for the first time in club history.