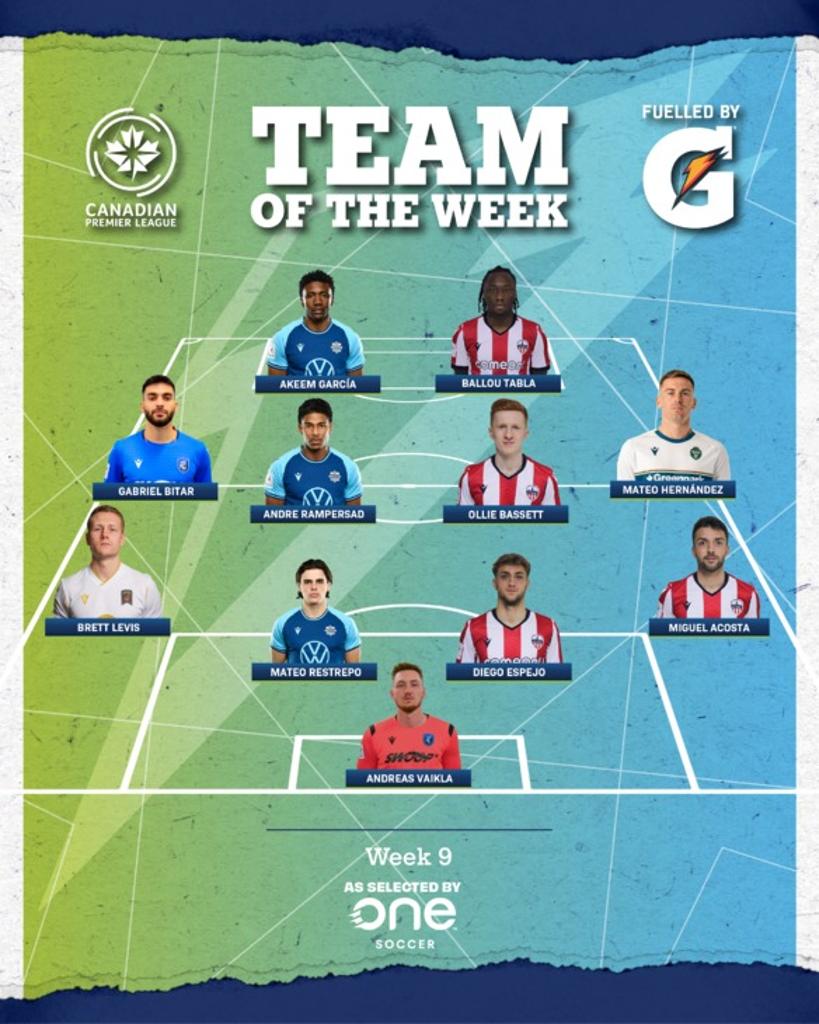 The CPL Team of the Week (TOTW) for week 9 has been named, and the squad features 5 players from the 3 Ontario based clubs.

Also named to the TOTW were Andreas Vaikla and Gabriel Bitar.

Vaikla is a Toronto native who is with FC Edmonton on loan from TFC II. Vaikla played his youth football with Wexford SC and North Scarborough SC before joining the West Bromwich Albion academy in England.