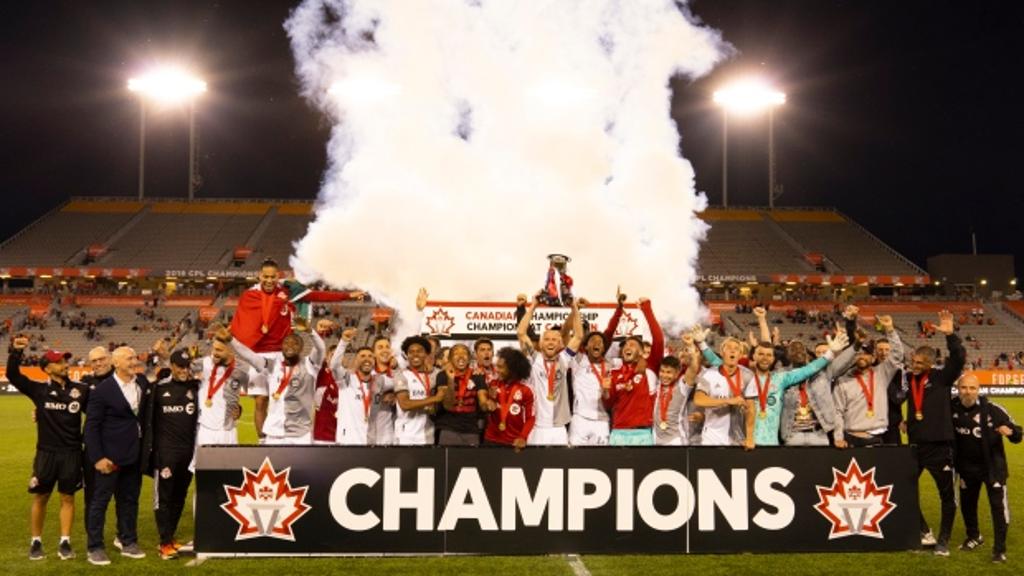 Level, both sides would go in search of a winner, but the full time whistle would blow before either could and the winner would be determined from the penalty spot.

The first four takers would score before Deandre Kerr saw his skitter agonizingly wide in the third round. Quentin Westberg would deny Kyle Bekker the next frame and a run of three-straight TFC conversions from Pozuelo, Jordan Perruzza, and Kosi Thompson would put the pressure on the Forge.

Kwasi Poku’s shot would carom off the bar and down, prompting howls from the Forge faithful that it had crossed the line, but it had not and TFC could celebrate the title.

TFC Captain Michael Bradley commented post match. “The history at TFC in penalties is not a positive one, but we spent some time yesterday going through an approach, had them pick teams, had them walk from far out to go and put it down and rehearse the way you would do it in a match,” Bradley revealed. “Just try to create a new mindset that if by chance we got to penalties that everybody was going to be positive and we would go for it. Guys stepped up and did a good job.”

With the June international break, Toronto can celebrate closing the book on the 2020 season and look to carry that momentum into 2022 when MLS play resumes on June 18 away to the New York Red Bulls.

A few days later, on June 22, TFC will welcome CF Montreal to BMO Field for the semifinal of the 2022 Canadian Championship.