20 players, who either got their start here or were developed by Ontario member organizations, called into team for crucial matches 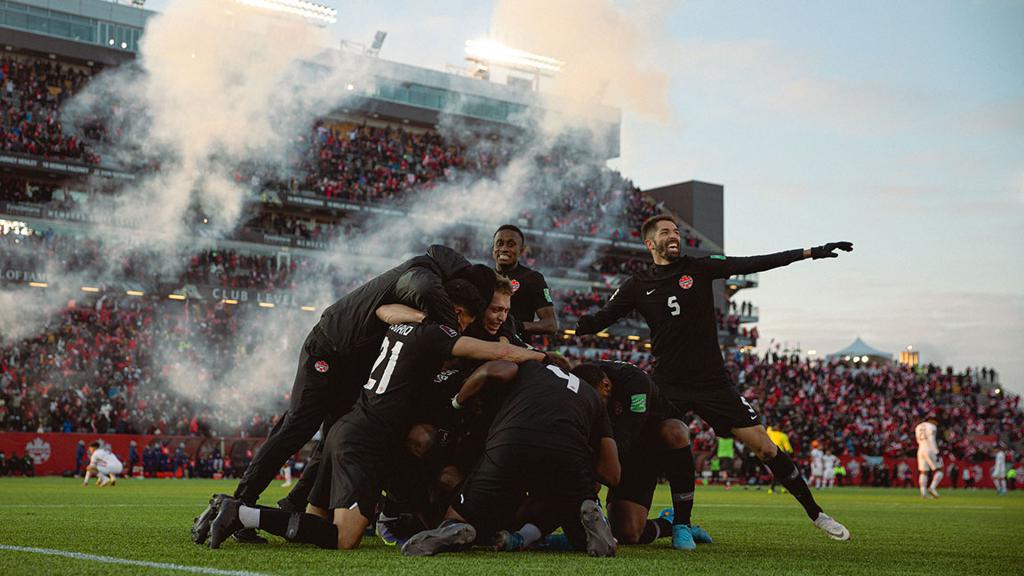 Canada Soccer’s Men’s National Team have announced their squad for the final window in the Concacaf Final Round of FIFA World Cup Qualifiers against Costa Rica, Jamaica and Panama from 24 to 30 March. The decisive window provides Concacaf leaders Canada with an opportunity to build on their 11-match unbeaten streak against a tough schedule of three matches in three countries across seven days. The schedule features a pair of away matches against Costa Rica and Panama on either side of a sold-out home match against Jamaica on Sunday 27 March at BMO Field in Toronto, Ontario.

“There’s lots for Canada to play for as we started this journey with the mission of qualifying for Qatar 2022 and nothing has changed,”said John Herdman, Canada Soccer’s Men’s National Team Head Coach. “There is a chance to come back home to Canada and have our moment with the fans that we have always dreamed about. That’s what we are playing for in this window.

From 14 matches, the top-three teams will qualify for the FIFA World Cup Qatar 2022™ while the fourth-place team will advance to an intercontinental playoff with an additional opportunity to qualify for Qatar 2022. While Canada are two points away from qualification through one of the top three spots in Concacaf, they have already clinched fourth place or better which means their Qatar 2022 journey is guaranteed to continue beyond the March window. Six of the eight nations in the Concacaf Final Round still have a chance to finish in fourth place (Canada, USA, Mexico, Panama, Costa Rica, El Salvador) while two nations have been eliminated (Jamaica and Honduras).

In the March window, Canada will face Costa Rica away at the Estadio Nacional in San José on Thursday 24 March, Jamaica back home at BMO Field in Toronto on Sunday 27 March, and Panama away at the Estadio Olímpico Rommel Fernández in Panama City on Wednesday 30 March. All matches in Canada’s FIFA World Cup Qualifiers campaign will be broadcast LIVE on OneSoccer (including OneSoccer.ca, Fubo.tv and Telus channel 980), Sportsnet and RDS. Fans will find extended coverage across Canada Soccer’s digital channels on Facebook, Instagram, Twitter and YouTube featuring the hashtag #CANMNT.

Canada’s ongoing quest for Qatar has inspired Canadians from coast-to-coast resulting in incredible scenes of CanadaRED support for historic victories at BMO Field in Toronto, Commonwealth Stadium in Edmonton and Tim Hortons Field in Hamilton. The spotlight now returns to Toronto for this final home fixture of the 20-match journey for the FIFA World Cup Qualifiers that began in March 2021.

All international matches held in Canada are subject to all public health considerations to ensure the safety of all players and fans. Notably, all fans in attendance must follow City of Toronto, Province of Ontario, and BMO Field protocols and guidelines. For more information, visit https://www.bmofield.com/plan-your-visit/back-in-action.


CANADA SQUAD
Canada’s 25-player squad features footballers from clubs based in Canada, USA and nine other nations across Europe. The squad is led by captain Atiba Hutchinson, a six-time Player of the Year who is also the Men’s National Team’s all-time leader with 92 international “A” appearances. Midfielder Hutchinson, who plays for Beşiktaş JK in Turkey, was one Canada’s two goalscorers in the most recent 2:0 away victory over El Salvador on 2 February. The other goalscorer in that away victory was one-time Player of the Year Jonathan David, Canada’s 22-year old striker with Lille OSC in France.

Canada’s second-most experienced player is Milan Borjan of Red Star Belgrade (FK Crvena Zvezda) in Serbia, the January and February Player of the Month. Borjan is the Men’s National Team’s all-time leader with 61 international “A” goalkeeper appearances. Borjan posted three-straight clean sheets in the most recent window against Honduras, USA and El Salvador while Hutchinson, David (two), Cyle Larin and Sam Adekugbe were the goalscorers (along with an own goal which gave Canada six goals in three matches).

Unavailable for the March camp for medical reasons are Alphonso Davies, Samuel Piette and David Wotherspoon.

CANADA SOCCER’S MEN’S NATIONAL TEAM PROGRAM
Canada Soccer’s Men’s National Team are two-time Concacaf champions, previously winning the 1985 Concacaf Championship and 2000 Concacaf Gold Cup. Across the past five years from 2017 to 2021, Canada are one of only four nations that finished top-six across all four Concacaf major tournaments: fifth place in Concacaf Nations League A, sixth place at both the 2017 and 2019 Concacaf Gold Cups, and a semi-final finish at the 2021 Concacaf Gold Cup. As part of a landmark year in 2021, Canada set Men’s National Team records with 13 wins, nine clean sheets and 55 goals scored, also reaching the Concacaf Final Round for the first time since 1997.