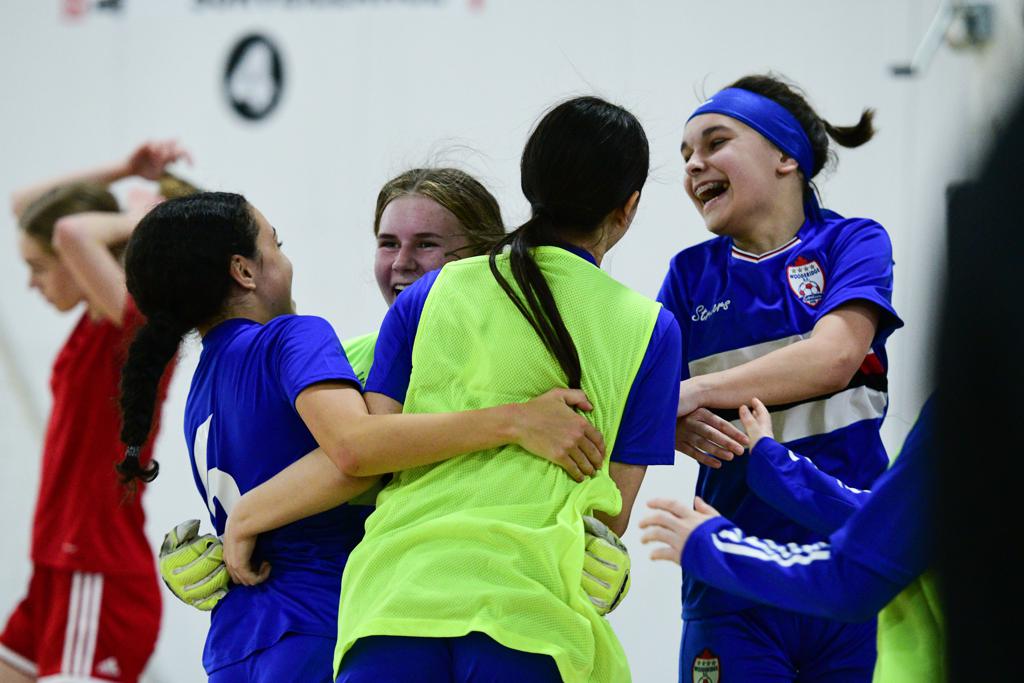 The U-18 Girls Ontario Futsal Cup featured the Woodbridge Strikers taking on Unionville-Milliken Soccer Club on the hardcourts of the Vaughan Sportsplex 2 in Vaughan.

The Ontario Futsal Cup attracts the best Clubs from across the province to determine a Provincial Champion.

Both sides started cautiously in the final, being careful not to allow the other to gain any good chances.

Woodbridge’s keeper Jordyn Chrons-Slaght was forced into making a number of diving saves to keep things knotted at 0-0 in the opening frame. 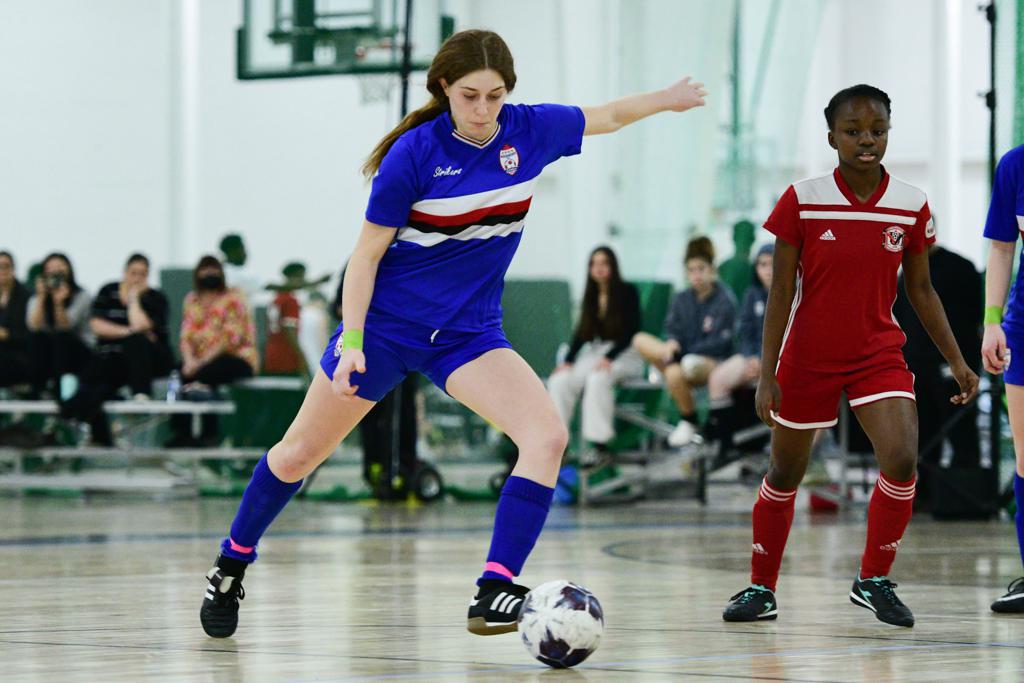 The Striker’s Natalie Clemlenzi made a terrific individual run in the 9th minute, beating several defenders on her way to the net. Unionville was forced into hauling her down, resulting in a penalty. On the ensuing penalty, Clemenzi made no mistake, burying her chance in the upper half and giving her side a 1-0 lead.

A few minutes later, Woodbridge would score again. Alexis Cordeiro intercepted a pass from the UMSC backcourt and rounded the keeper to make it 2-0.

Just before half, Cordeiro would add another to their tally as she was sent through in on net and calmly slotted her shot into the lower corner to make it 3-0 at half. 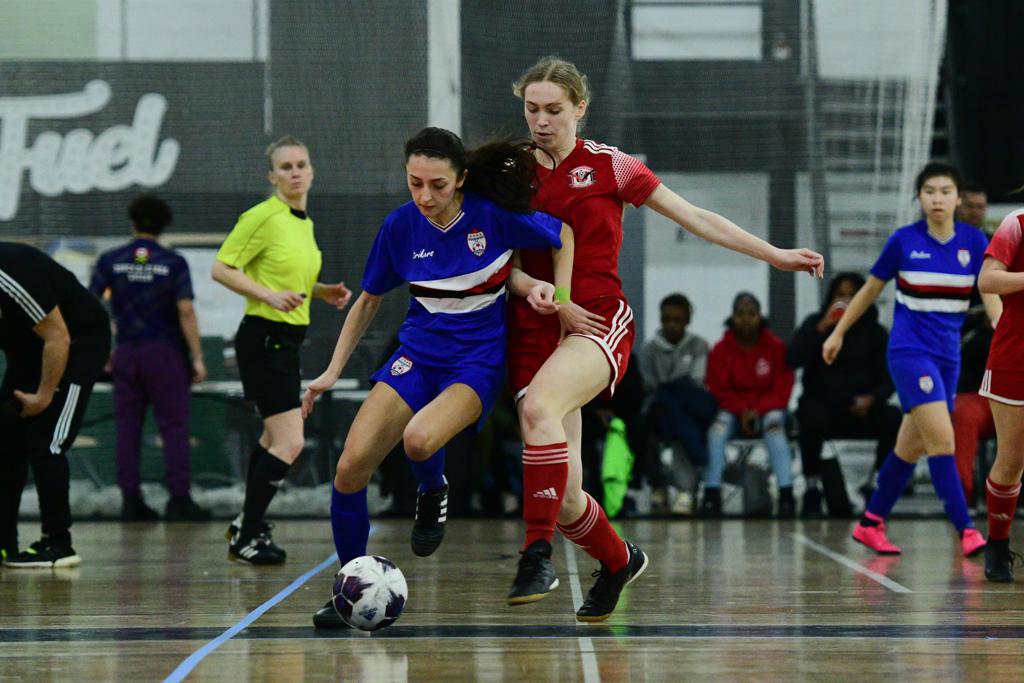 Unionville came out in the second half firing.

In the first minute of the second half UMSC’s Gabrielle Kunde blasted a shot from just past half court to find the back of the net and cut the Woodridge lead to 3-1.

Woodbridge’s keeper Chrons-Slaght would then be called on again to make a number of key saves to help preserve her side’s lead.

UMSC's Allie Grant Clavijo added one in the dying moments of the game but that would be as close as they would get as Chrons-Slaght closed the door the rest of the way.

The Woodbridge Strikers were crowned the U-18 Girls Ontario Futsal Cup champions. 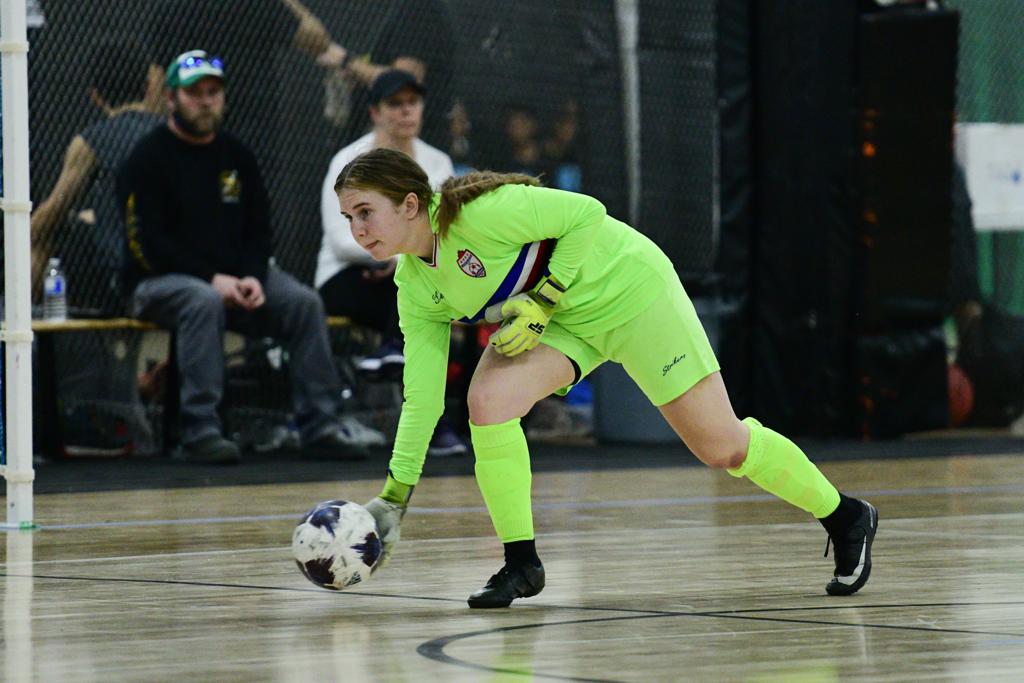 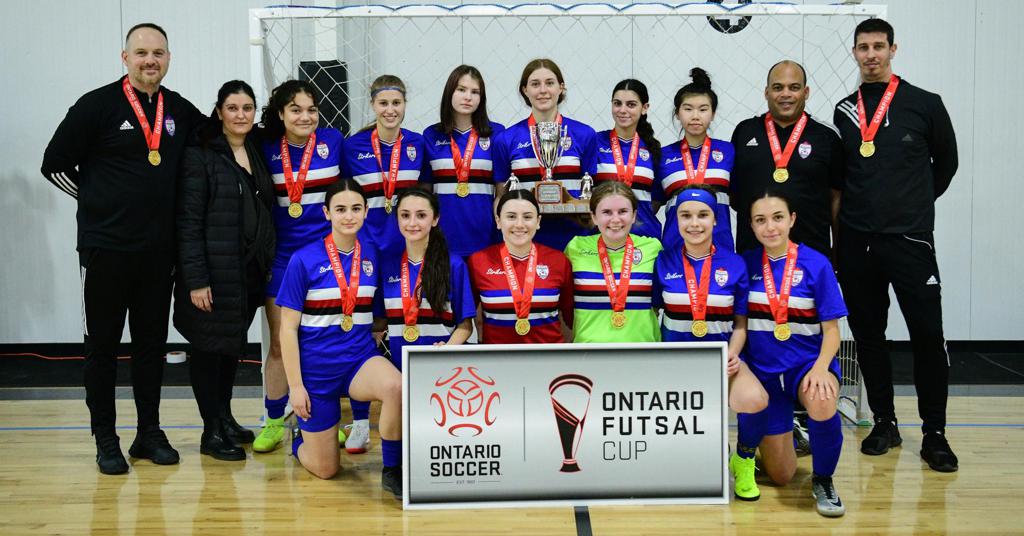