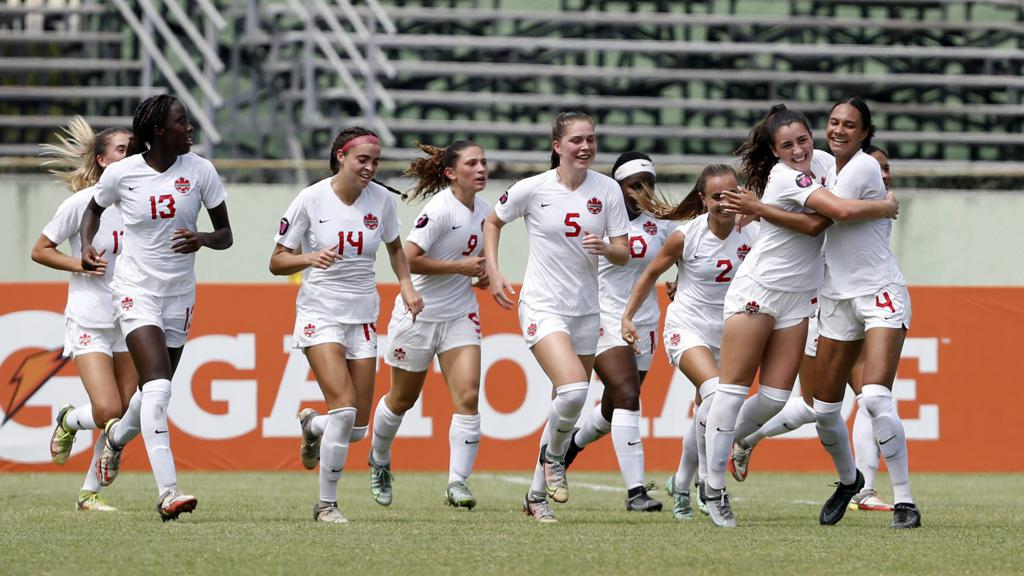 Canada qualified for the FIFA U-20 Women’s World Cup Costa Rica 2022 following a 2:0 win over Puerto Rico at the Concacaf Women’s Under-20 Championship. Canada finished the tournament in third place after posting six wins in seven matches in just under three weeks in Santo Domingo and San Cristobal, Dominican Republic. Canada have joined USA, Mexico and hosts Costa Rica from the Concacaf region for the upcoming biennial FIFA U-20 Women’s World Cup.

“We came here with a mission to qualify and it was an entire team effort all the way through the tournament,” said Cindy Tye, Canada Soccer’s Women’s U-20 National Team Coach. “We kept our processes consistent and that helped because we asked our players to be adaptable and flexible through a long tournament. It was also a credit to our staff and they kept things steady as the players just took it one step at a time and got better with each game. This tournament is just the start of this group’s journey and we are excited to see where they will be when the FIFA U-20 Women’s World Cup kicks off in August.”

In the Concacaf Match for Third Place, Canada’s goalscorers were Zoe Burns from the penalty spot and Florianne Jourde on a volley from inside the six-yard box. Anna Karpenko and the backline posted the clean sheet, her fourth (and the team’s sixth) of the tournament.

Canada came close to opening the scoring in the 23rd minute after a corner kick, but Jade Rose’s shot from close range was stopped by the goalkeeper Jlo Varada Vázquez and cleared by Brooke Hart from just in front of the line.

Canada opened the scoring on a right-footed penalty kick by Zoe Burns. Canada won the penalty after goalkeeper Varada Vázquez fouled Olivia Smith in the box, although it took a review by the Video Assistant Referee and then the Referee Katie García before the penalty was called. Less than a minute later, Canada doubled their lead from a Brooklyn Courtnall cross that Florianne Jourde volleyed from the air at the back post past the Puerto Rico goalkeeper.

Canada nearly added to their lead in the second half on another penalty, again after a foul on Olivia Smith. Goalkeeper Varada Vázquez, however, saved the penalty attempt by Smith in the 60th minute.

Canada scored 32 goals and conceded just one across the seven matches, with Olivia Smith Canada’s leading scorer with seven goals.