Jahkaya Davis had three goals for Erin Mills, as her teammate Jadae Collin had two goals and two assists to lead their team to victory 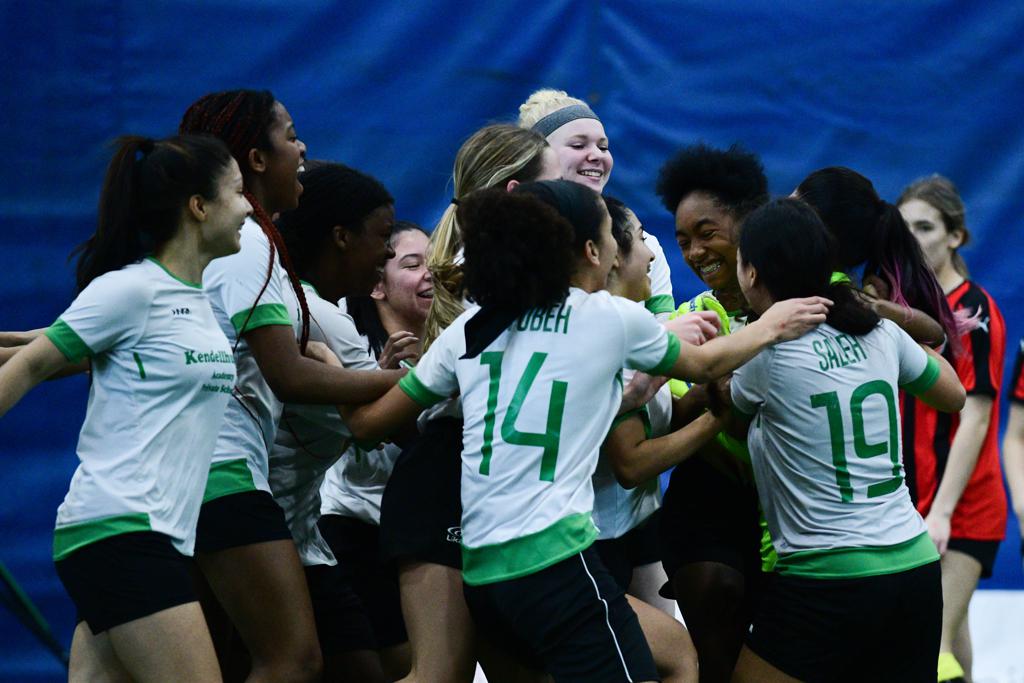 The Ontario Indoor Cup wrapped up this weekend as the Ontario Soccer Centre played host to teams from across the province and the U-16 Boys and Girls divisions concluded their Indoor Cup campaigns in thrilling fashion.

The Indoor Cup, which began with over 100 teams and was slightly delayed due to public health restrictions, was whittled down to the final two divisions, with each vying for Ontario Cup in the finals.

The U-16 Girls division kicked off Family Day with an exciting affair as the Erin Mills Eagles took on Soo City United.

Erin Mills were on the front foot early on and opened in the scoring in the first minute of play.

Jadae Collin picked up on the ball in the attacking and strode into striking distance. Her shot, from the outside of her foot, fooled the Soo keeper and gave her side a 1-0 lead early.

Colin would keep things going for Erin Mills in the 12th minute when her corner kick in the found the foot of Jahkaya Davis, who re-directed into the upper corner and doubled Erin Mill lead to 2-0.

Just two minutes later, Yasmin Castillo increased the Erin Mills lead again to 3-0, when her strike from outside the box, curled into the back of the net. 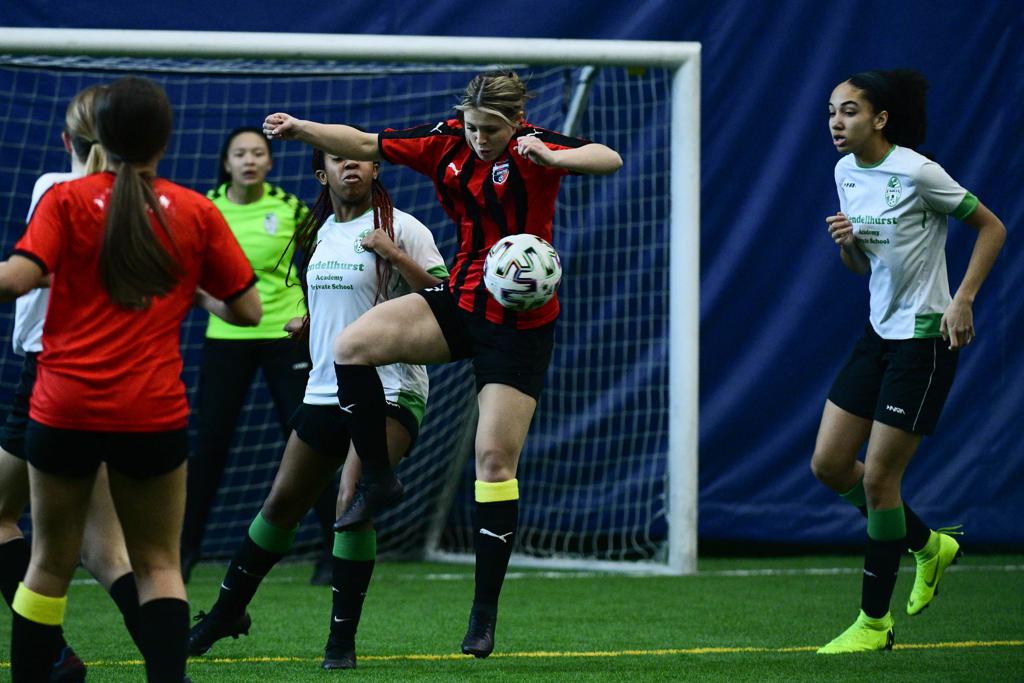 Davis increased their lead to 4-0 in the 15th minute, when she made a clever turn and her low hard, shot beat the Soo keeper.

The second half began just as the first did, with Erin Mills taking it to Soo City.

Davis notched her hat trick in the 27th minute as she got on the end of a clever cross into the box from Collin.

Soo would finally pull one back in the 40th minute when Sophia Fata put on a tremendous individual effort and her seeing eye shot beat the Erin Mills keeper to make it 5-1.

Erin Mills’ Collin ended any hope of a comeback however, when her shot found the back of the net making it 6-1.

Mera Saleh got on the scoresheet for the Eagles when she made a long, individual effort and slotted her shot calmly to increase the lead to 7-1.

That would be all they would need and Erin Mills would lift the U-16 Girls Ontario Indoor Cup. 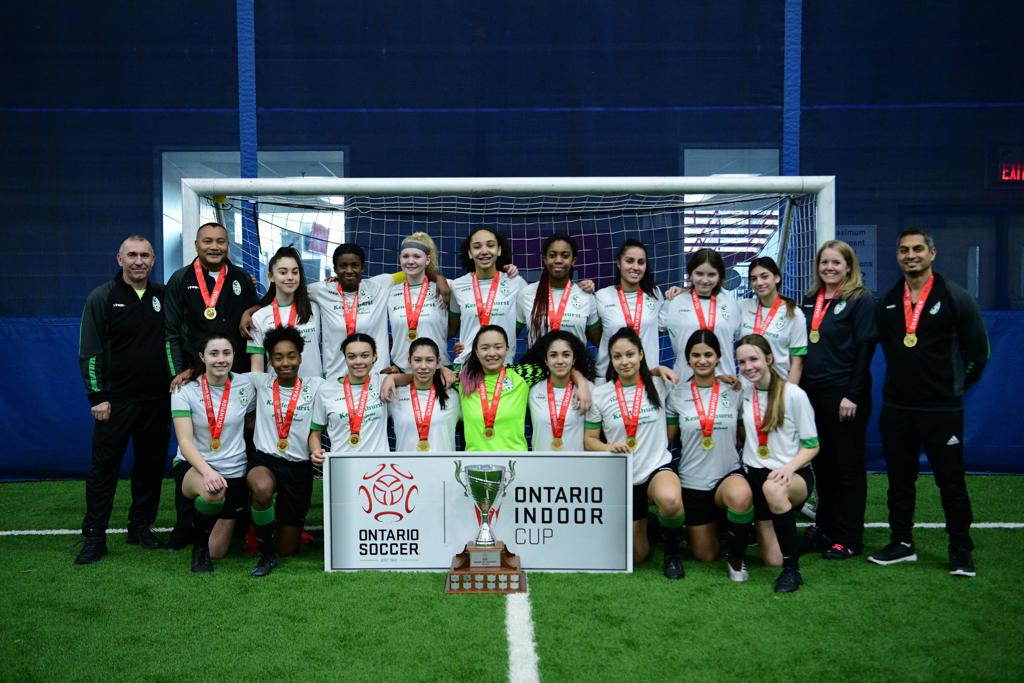