The Caledon keeper came up big when it was required of him, making a key save in penalties to assure his side the title.

Ontario Soccer kicked off 2022 on the right foot this weekend as the Ontario Indoor Cup wrapped up for four divisions.

The Ontario Soccer Centre played host to teams from across the province, as the U-13 and U-14 Boys and Girls divisions concluded their Indoor Cup campaigns in thrilling fashion.

In the U-14 Boys division, Toronto Cherry Beach Red Wolves took on Caledon SC in the final.

After a grueling run to the finals, both teams started the match slightly hesitant, as they felt out the other in the early going. 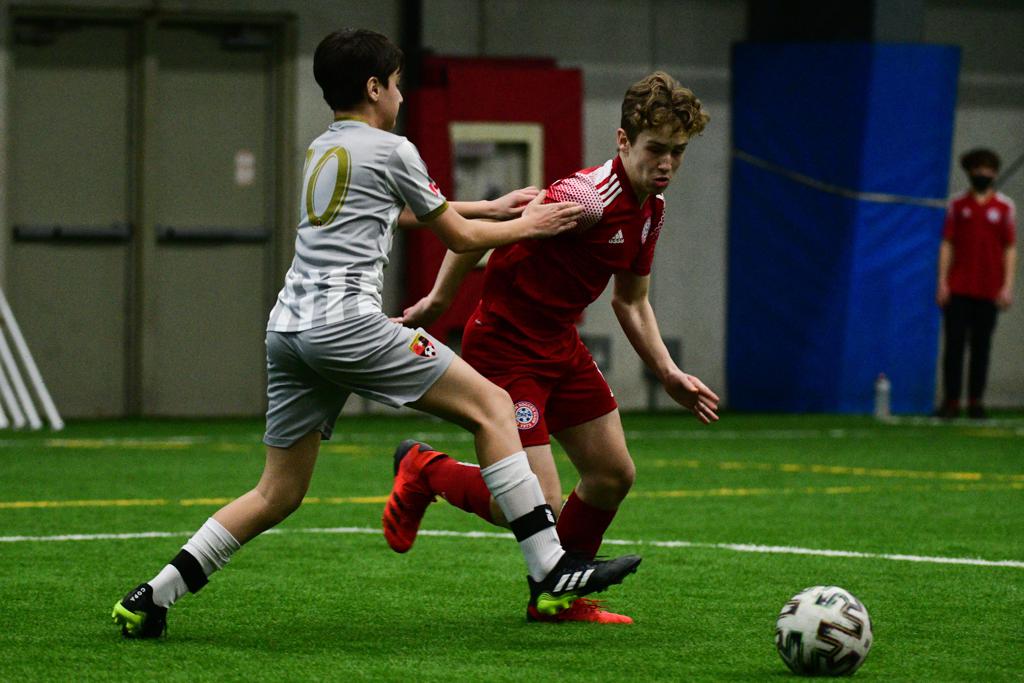 As things began to open up more, each side had their own chances but ultimately neither were able to find a way through in the first 25 minutes.

The second half would be much of the same as the few chances either side did have were quickly snuffed out by either good defending or talented goalkeeping.

The game would end knotted at 0-0 and head to penalties.

In penalties, Caledon’s keeper Justin Merola came up big, making a key save and forcing a miss that would hand his side the victory. Caledon won 4-3 on penalties and captured the U-14 Boys Ontario Indoor Cup.

For all the photos from the final, visit the Ontario Soccer Facebook page. 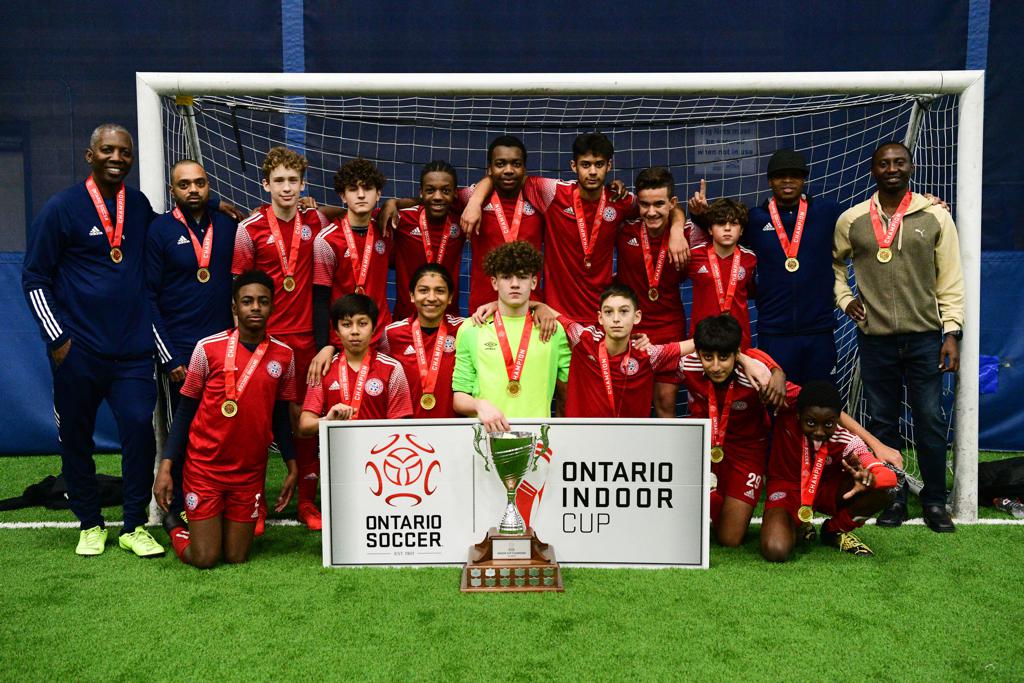