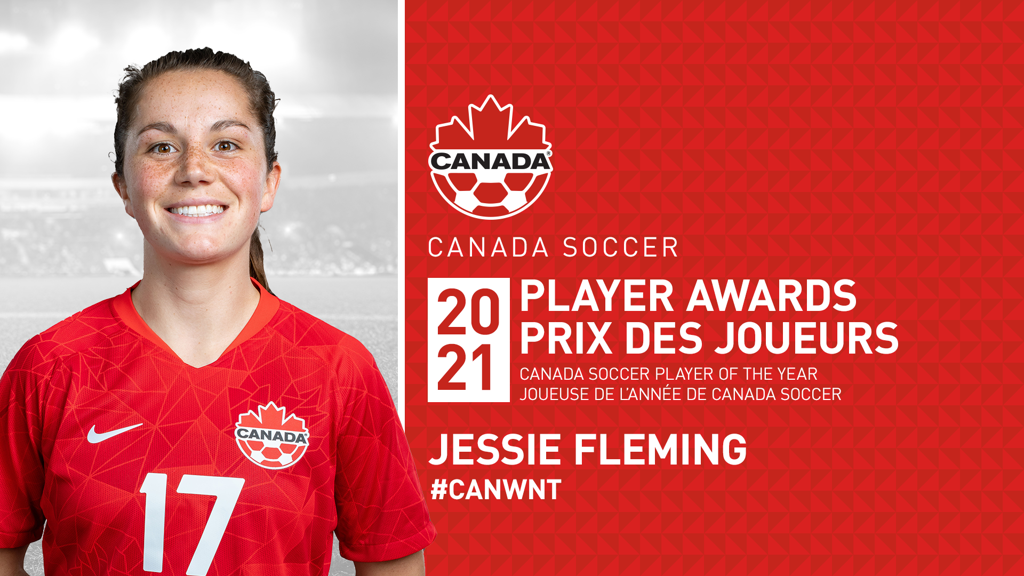 Fleming scored four goals for Canada in 2021, including penalty goals in the 1:0 victory over USA and the 1:1 equalizer against Sweden in the Olympic Final before Canada won 3-2 on kicks to capture the world title. The win over USA in the Olympic Semi-Final was Canada’s first victory against their Concacaf rivals in 20 years. Across the year for Canada, Fleming played in 17 matches, made 16 starts, featured in 1,481 minutes, and also helped Canada set a Women’s National Team record with a 12-match unbeaten streak from April through October.

In England, she helped Chelsea FC win League Cup in March, the FA Women’s Super League in May, and the FA Cup at Wembley Stadium in December. She scored her first league goal on 26 September and her first UEFA Champions League goal in 9 November.

Fleming was honoured from a vote shared by Canadian media and Canadian coaches. The Canada Soccer Players of the Year Award is shared by winners from both the Women’s National Team and Men’s National Team, with Alphonso Davies the co-winner from the 2021 calendar year.