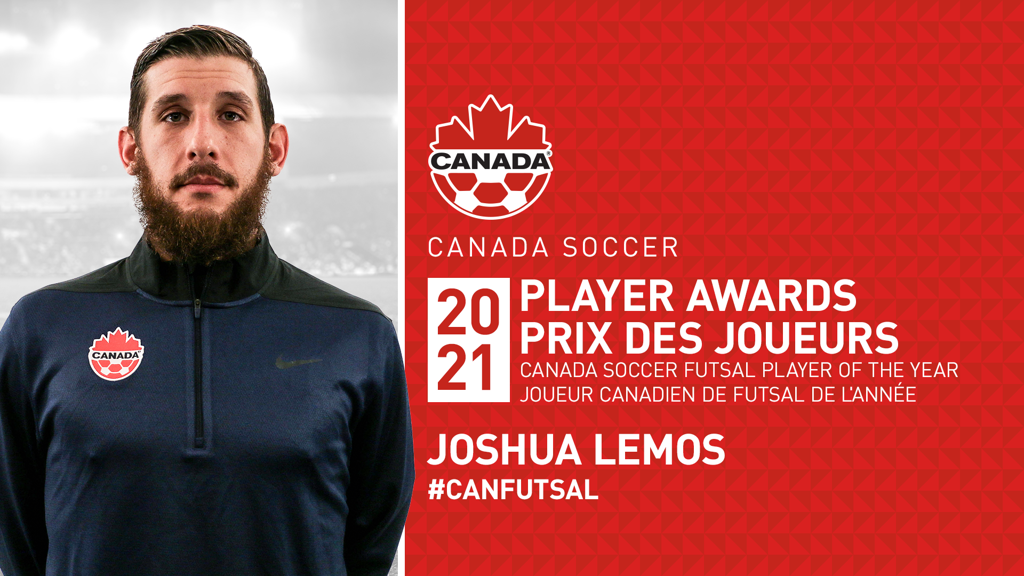 Joshua Lemos from Toronto, Ontario has been named the 2021 Canada Soccer Futsal Player of the Year. The 32-year old goalkeeper was Canada’s star player at the 2021 Concacaf Futsal Championship in Guatemala, bringing Canada to within a win of qualifying for the FIFA Futsal World Cup.

“He was a big piece on our Canadian team in Guatemala for the Concacaf Futsal Championship,” said Kyt Selaidalopoulos, Canada Soccer’s Futsal National Team Head Coach. “He is a competitor, he works hard, and was a leader throughout the cycle towards the Concacaf tournament, notably coming back from his injury in 2019 and doing really well in 2021.”

Lemos is the fifth winner of the Canada Soccer Futsal Player of the Year award. Previous winners were Nazim Belguendouz in 2017, Jacob Orellana in 2018, Luis Rocha in 2019, and Mohamed Farsi in 2020.

The 2021 Canada Soccer Player Awards are announced throughout the week of 13 to 17 December.