Find out which Ontario players have made the squad. 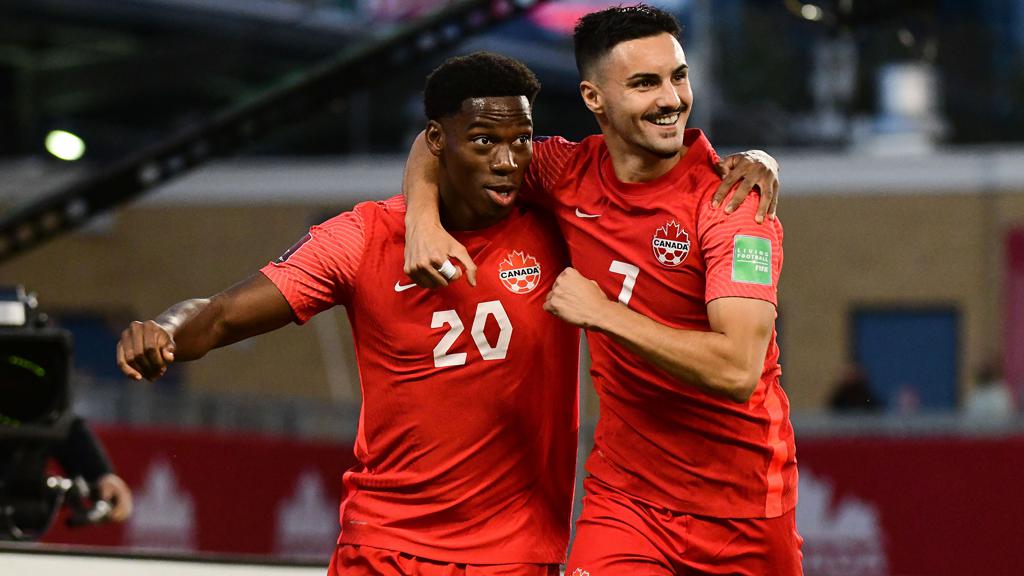 Canada Soccer’s Men’s National Team will build on their unbeaten run in FIFA World Cup Qualifiers when they face their next three opponents in the Concacaf Final Round with matches against Mexico, Jamaica and Panama. The Canada squad for these three matches features a core group of players who continue to build on the momentum in reaching the Concacaf Final Round for the first time in nearly 25 years.

“We have three tough matches including back-to-back road matches in altitude and then heat, but we want these tests, and the team is ready for them,” said John Herdman, Canada Soccer’s Men’s National Team Head Coach. “The team will enjoy the match in Azteca, it’s a great arena for any footballer to play and we are looking forward to meet the Mexicans again following our recent Concacaf Gold Cup Semi-Final match. It’s a quick turnaround to play against a very talented Jamaican squad, before coming home to play Panama and with our fans behind us, it’s a great way to finish the window.”

With five points from their first three matches in September, Canada are tied for second amongst the eight nations in the Concacaf Final Round, with 11 matches to be played between October 2021 and March 2022. From 14 matches, the top-three teams will qualify for the FIFA World Cup Qatar 2022™ while the fourth-place team will advance to an intercontinental playoff with an additional opportunity to qualify for Qatar 2022.

“We are sitting tied for second after the first round of matches and head into this window confident we can keep progressing as a team,” said Herdman.

Canada and Mexico have faced each other most recently in the Semi-Final round of the 2021 Concacaf Gold Cup, with Mexico only pulling through with a goal in the ninth minute of added time of the second half. Mexico finished in second place at the Concacaf Gold Cup, and also recently finished in second place in 2019-20 Concacaf Nations League A. Mexico are currently in first place in the Concacaf Final Round of FIFA World Cup Qualifiers with seven points from three matches.

Canada and Jamaica last faced each other in a pair of matches in 2017, with Jamaica the 2:1 winners at the Concacaf Gold Cup and Canada the 2:0 winners in an international friendly match in Toronto. Jamaica most recently reached the Quarter-Finals at the 2021 Concacaf Gold Cup and picked up one point from their first three matches in FIFA World Cup Qualifiers, including a road loss to Mexico after they conceded a last-minute goal.

Canada and Panama last faced each other in a 2014 friendly and before that at the 2013 Concacaf Gold Cup, with both matches ending in 0:0 draws. Panama were eliminated in the group phase of the 2021 Concacaf Gold Cup, but have since started with a win and two draws in FIFA World Cup Qualifiers to match Canada on five points after three matches.

“We play for Canada, and it is the fans for whom we are doing this, for those who are as passionate about this sport and country as us” said Herdman. “We want to take this country and our fans to a FIFA World Cup, that is our mission and playing at home our fans are the difference makers.”

Beyond the October matches, Canada Soccer announced that their two November home matches will be played at Commonwealth Stadium in Edmonton, Alberta. Canada will open the two-match home series against Costa Rica on 12 November before taking on Mexico on 16 November.  Ticket details for both matches will be shared this month with all public health guidelines being observed to ensure the safety for all players and fans.

Other Canada squad members currently in Europe include fullback Samuel Adekugbe of Hatayspor FC in Turkey, goalkeeper Milan Borjan of Red Star Belgrade in Serbia, midfielder Stephen Eustáquio of FC Paços de Ferreira in Portugal, Junior Hoilett of Reading FC in England, centre back Steven Vitória of Moreirense FC in Portugal and midfielder David Wotherspoon of St. Johnstone FC in Scotland. Joining the squad for the October window are forward Charles-Andreas Brym of FC Eindhoven, centre back Derek Cornelius of Panetolikos FC in Greece and forward Liam Millar of FC Basel in Switzerland.

CANADA SOCCER’S MEN’S NATIONAL TEAM PROGRAM
Canada has built plenty of momentum in a landmark year for the Men’s National Team Program that will feature a record 19 international matches including FIFA World Cup Qualifiers and the Concacaf Gold Cup. Canada have already played 12 of those 19 matches, posting a record of 9-1-2 with six clean sheets and a record 43 goals scored. Canada also set a record with eight consecutive wins and reached the Concacaf Gold Cup Semifinals for the first time since 2007.