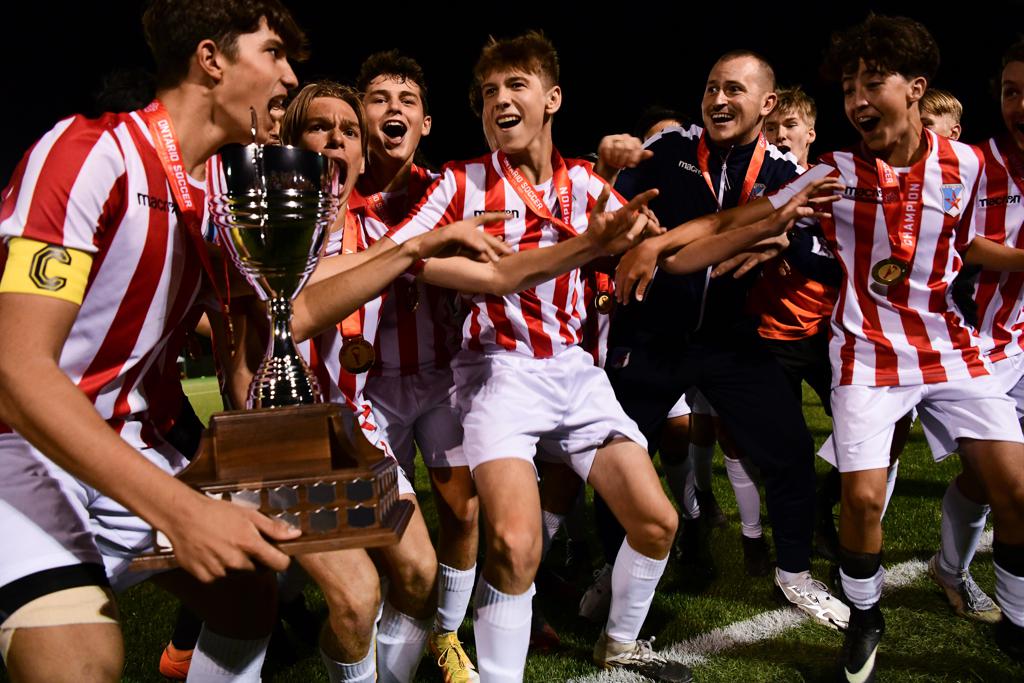 Stella Rossa got the action going early when Daniel Ginocchi’s free kick rounded the wall and found the back of the net to make it 1-0 in the 3rd minute of play. 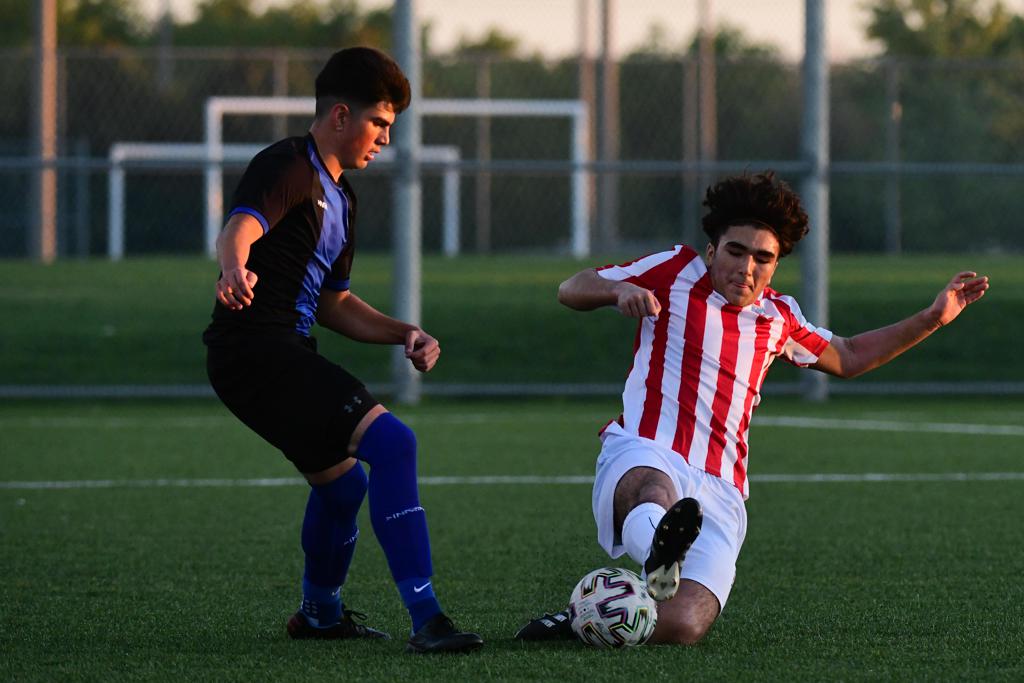 Both sides would trade chances back and forth for the remainder of the first half but neither side could find the touch needed to add another goal to the tally.

The second half would feature more of the same as Dixie looked desperately for an equalizer and Stella stayed compact and tried to limit their chances against.

Even when Dixie did find a way through the tightly controlled Stella defence, their goalie Luka Obratov was there to hold his team in the game.

Despite numerous last minute pushes on the part of Dixie, Stella held their nerve and closed out the 1-0 win to capture the U-16 Boys District Ontario Cup. 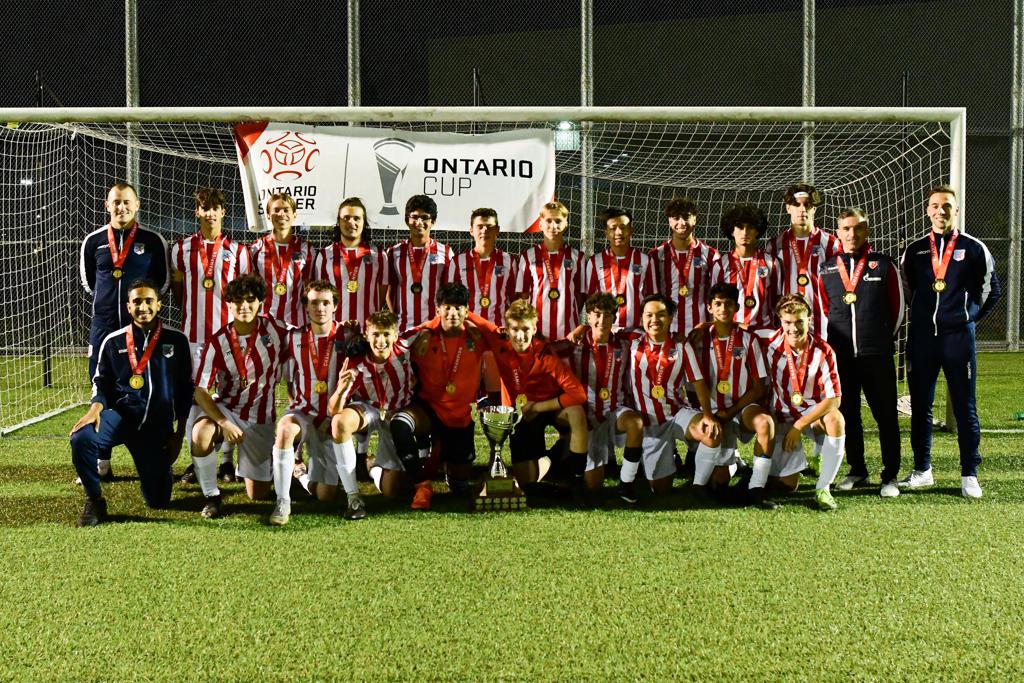