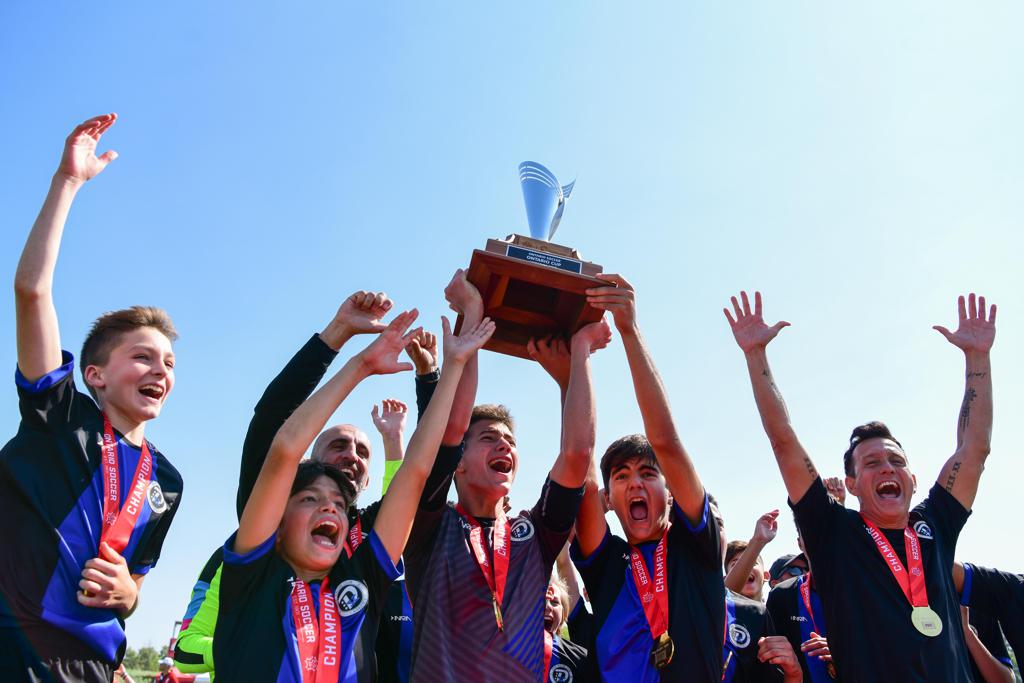 The Ontario Cup, which has staged a triumphant comeback in 2021, concluded for the U-14 Boys, as the Thornhill Bolts took on the Mississauga Dixie in the U-14 Boys Ontario Cup Final on Saturday.

Thornhill advanced to the final earlier in the competition by downing the North York Heavens Eleven Warriors 2-1 in the semi final. Mississauga booked their spot by defeating the London Alliance FC by 2-1 as well.

Thornhill would open the scoring in the 6th minute when the Dixie goalkeeper misplayed a corner kick and it fell to the head of Christian Gestos who nodded the ball into the empty net to make it 1-0.

Mississauga would respond in the 23rd minute when a Thornhill keeper mistake played the ball right to the foot of Evan Brown who capitalized on the opportunity and drew his team level at 1-1. 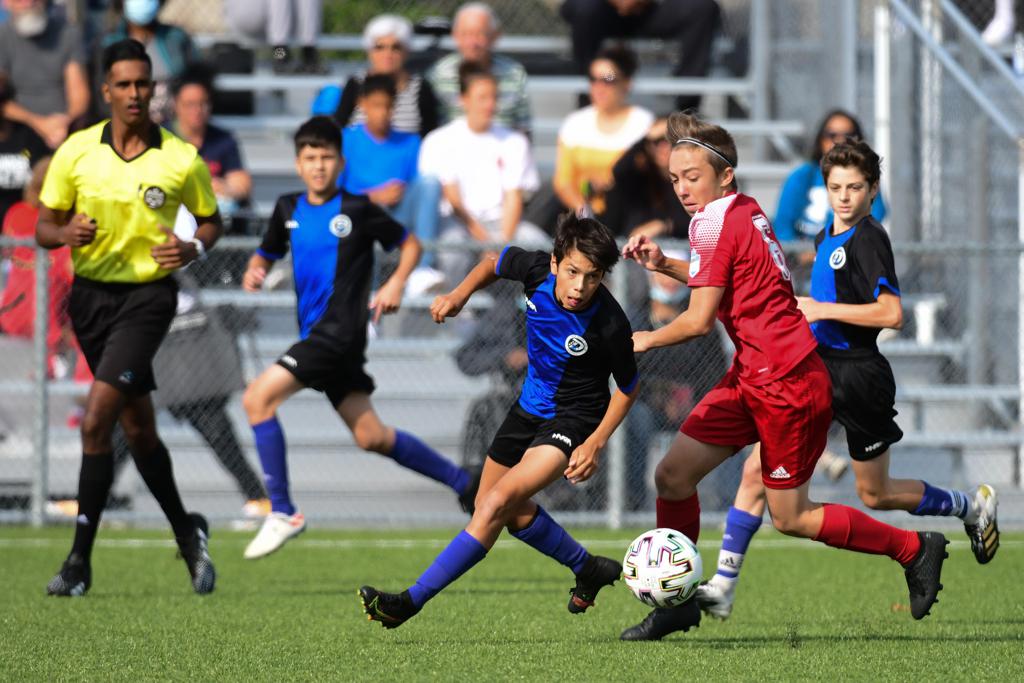 Mississauga would continue to capitalize on their opportunities. In the 37th minute, Mississauga’s Jacob Cinelli intercepted a pass and sprayed it out to his teammate Ahmed Baha. Baha worked it down the wing and whipped it into the box. The pass found the foot of Cinelli again and he finished the play off to lift his side to a 2-1 lead heading into the halftime.

If the first half was an offensive display, the second half was a defensive clinic as Mississauga closed ranks and tried to see the game out and protect their lead.

Thornhill would push desperately for the equalizer, earning themselves several chances in the final moments but Mississauga held their nerve and would win 2-1 and be crowned U-14 Boys Ontario Cup champions.

Visit the Ontario Soccer Facebook page for all the photos from the match. 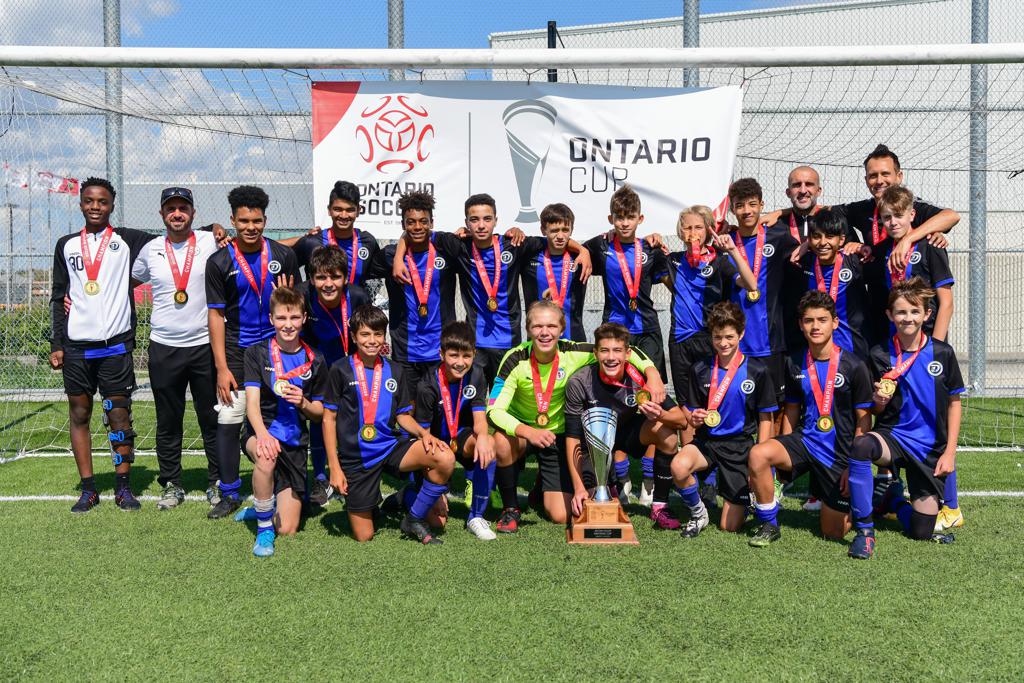