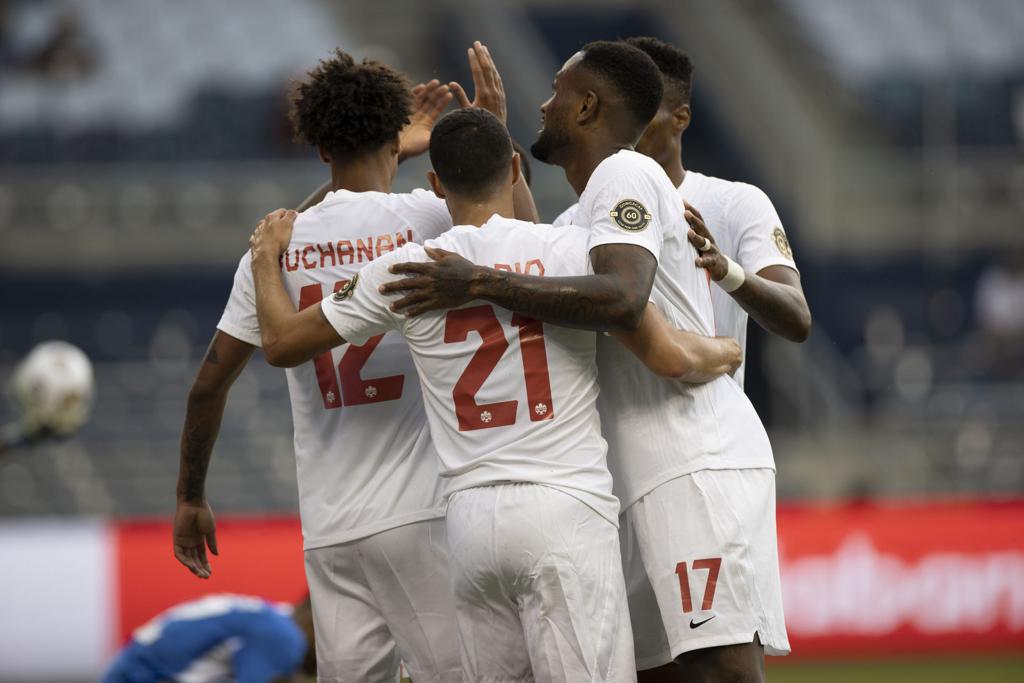 Canada Soccer’s Men’s National Team earned three points in their opening match of the 2021 Concacaf Gold Cup with a 4:1 victory over Martinique. Cyle Larin, Jonathan Osorio, Stephen Eustáquio, and Theo Corbeanu scored for Canada. With the win, Canada set a Men’s National Team record with their seventh win in a row, all in 2021 since the start of FIFA World Cup Qualifiers in March.

All of Canada’s matches at the 2021 Concacaf Gold Cup will be broadcast live on OneSoccer, with Canada’s next match against Haiti on Thursday 15 July at 19.30 ET / 16.30 PT (18.30 local). Canada wraps up the group phase on Sunday 18 July against the hosts USA, with only the top-two teams from the group advancing to the Concacaf Gold Cup Quarterfinals. Fans will find extended coverage across Canada Soccer’s digital channels on Twitter, Instagram, Facebook and YouTube featuring the hashtag #CANMNT.

“It’s going to be tight in this group. Everyone wants to win the group to control their destiny for the next round. To get a +3 (goal differential) tonight, I’m happy about that,” said John Herdman, Men’s National Team Head Coach. “I’m really pleased we got that test early with the response straight back on task. At this stage of the tournament, we needed something like that.”

Canada was aggressive early with Tajon Buchanan pushing forward before he was taken down in an advanced position leading to an early dangerous free kick in the 3’. Hoilett put a great ball in that was cleared by Martinique.

Mark-Anthony Kaye’s back pass attempt was intercepted by Sebastien Cretinoir in the 10’. Cretinoir played in to Emanuelle Riviere whose touch eventually found the side netting despite a sliding attempt to clear by Kaye.

Canada equalized at 1:1 in the 16’ on a corner kick. Junior Hoilett put a perfectly weighted ball onto Cyle Larin’s right boot who buried it on the volley.

Buchanan got to the goal line in the 20’. His ball back into the box to Jonathan Osorio was re-directed by Osario just wide of Martinique keeper Gilles to give Canada the 2:1 lead.

Buchanan was at it again with another drive down the left side in the 27’. Into the box, he played it to Hoilett, who turned his back on goal and played it back to goalscorer Eustáquio. The Canadian midfielder Eustáquio fired his low shot to earn his first international goal and give Canada a 3:1 lead.

Steven Vitória had another excellent goal scoring opportunity when he fired a shot from outside the box that was tipped over the bar by the Martinique goalkeeper in the 34’.

Into the second half, Canada had two chances in the 61’ when Buchanan hit a volley into the ground and then off a defender, which went out for a corner. Kaye had a second chance on the corner.

Richie Laryea showed his defensive qualities in transition in the 72’ sprinting back to take the ball away after Martinique found themselves in possession on the transition.

Second half substitute Theo Corbeanu had a free kick go just wide of the post on a free kick from just outside the 18 in the 87’. Just two minutes later, in the 89’, Corbeanu finished at the back post on a brilliant ball through from second half substitute Lucas Cavallini after picking up the back pass by Martinique to give Canada the 4:1 victory.

“We started off a bit slow, conceded an early goal but reacted well as a team,” said Junior Hoilett. “We have to keep the same intensity going into the next game, keep pushing for goals and get a clean sheet.”

The 2021 Concacaf Gold Cup provides Canada’s exciting young team with an important opportunity to build momentum and gain valuable experience while playing meaningful matches against some of the top nations in the region ahead of the Concacaf Final Round in FIFA World Cup Qualifiers.