Akinola, a Canadian Championship winner with Toronto FC in 2018, was born in Detroit but grew up in Brampton, Ontario and played his youth soccer with Brampton East SC and TFC Academy 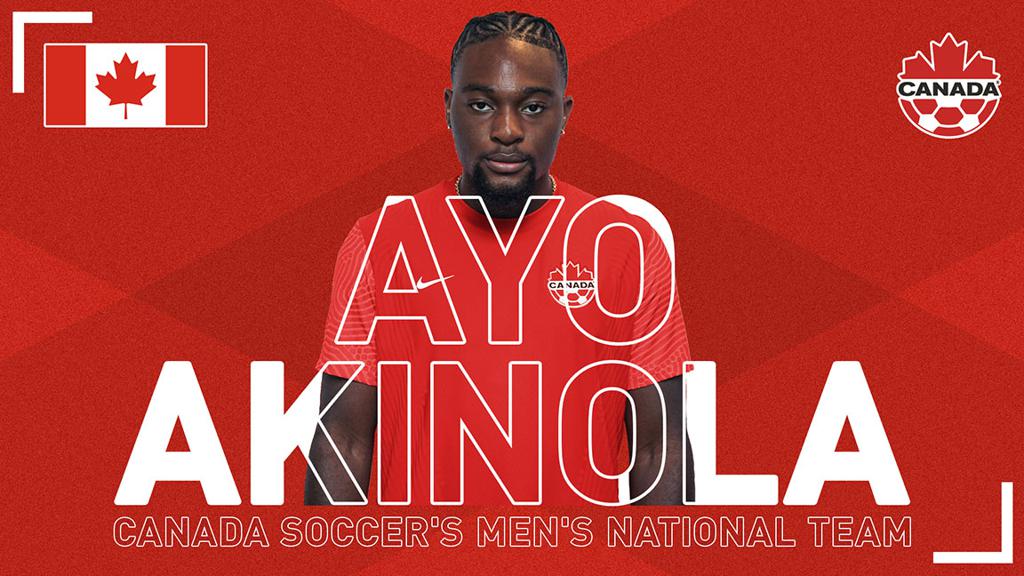 Ayo Akinola will represent Canada starting this summer after his change of national associations was approved. Akinola joins Canada Soccer’s Men’s National Team Program ahead of the 2021 Concacaf Gold Cup as part of an exciting international season that includes Canada’s return to the Concacaf Final Round of FIFA World Cup Qualifiers.

“I’m really excited to represent Canada at the international level,” said Canadian forward Ayo Akinola. “It’s a very exciting time for the country with all the quality that’s on the roster. Canada has been my home for almost all my life and I’m excited to give back. I’m ready to give my best for Canada Soccer’s Men’s National Team in these crucial months coming up.”

Akinola, a Canadian Championship winner with Toronto FC in 2018, was born in Detroit but grew up in Brampton, Ontario and played his youth soccer with Brampton East SC and TFC Academy. He was 17 years old when he signed his first professional contract with Toronto FC on 18 December 2017 as an MLS Homegrown Player. At the international level, he represented USA at the youth level from 2015 to 2019 and made one appearance at the international “A” level in a 2020 friendly match.

Akinola is the latest player to switch national associations to represent Canada at the international level. Since 2018, other players that have chosen to represent Canada Soccer’s Men’s National Team include Theo Corbeanu, Stephen Eustáquio, Ricardo Ferreira, Cristián Gutiérrez, Frank Sturing and David Wotherspoon. In all, 28 different players have made their international “A” debut for Canada since 2018.

Akinola recently had a chance to take part in a Men’s National Team camp in June as part of Canada’s preparations for FIFA World Cup Qualifiers. Through the first two Concacaf rounds of FIFA World Cup Qualifiers, Canada were the only nation with a perfect record with six wins, including five clean sheets and a Men’s National Team record 31 goals scored.