Miller was a staunch advocate for Long-Term Player, Coach, Match Official development and a pioneer in helping to modernize soccer across the province 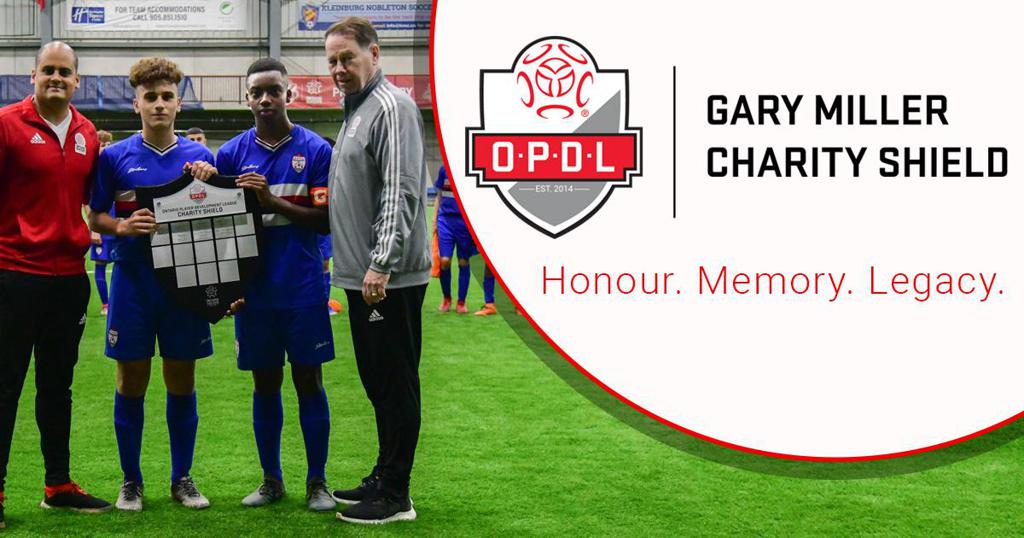 Vaughan - With today,  May 13, 2021, marking the one-year anniversary of Gary Miller’s passing, Ontario Soccer and its membership are celebrating and reflecting on Gary’s rich legacy, as a true pioneer and gentleman of the beautiful game in Ontario and across Canada.

Hired to his second posting with Ontario Soccer as Director of Soccer Operations on April 14, 2015, Gary served as a key member of Ontario Soccer’s senior leadership team in guiding the provincial sport organization through a period of transformation and modernization. Spearheading the Soccer Operations Department, he was an important leader, mentor and friend to many within soccer in Ontario and across the wider Canadian Soccer community.

“Gary was an innovative leader in the soccer community and led by example when it came to helping transform the sport in this province,” said Johnny Misley, Chief Executive Officer, Ontario Soccer. “Following his tragic passing last year, the outpouring of support from across the province, throughout Canada and even internationally was a true testament to the lasting impact his life’s work has had on our game.”

A staunch advocate for Long-Term Player, Coach and Match Official Development, Gary oversaw and led the implementation of key initiatives like the introduction of Grassroots Standards, as well as the development and integration of Academies into the Ontario Soccer family.

The impact of these initiatives did not only greatly improve the soccer experience of thousands of players, coaches and match officials across the Province, but also inspired soccer leaders from coast to coast to coast, as Ontario Soccer continued to pioneer the modernization of our sport across Canada.

However, nowhere was Gary’s influence more critical and impactful than participating on Ontario Soccer’s Technical Advisory Committee where the group was responsible for developing the standards for the Ontario Player Development League (OPDL) launched in 2014. This program  has come to be the pace setter and embodiment of a more refined, standards-based high performance development environment benefitting players, coaches and match officials across Ontario.

Therefore, it is with great excitement that Ontario Soccer announces today that the prestigious “OPDL Charity Shield” will be renamed “The OPDL Gary Miller Charity Shield” in Gary’s honour.

“We are touched and honoured to hear of the renaming of the OPDL Charity Shield in memory of Gary," said Cindy Miller, Gary’s spouse. “He spent his entire professional career striving to develop youth soccer in Ontario. We are comforted knowing that his legacy will live on through this award.”

By enshrining Gary’s name with this highest standard of youth soccer competition, his memory will live on for soccer generations to come and his dedication to advance soccer, in all capacities, across Ontario and Canada will forever be fondly remembered.

Please note that a special Gary Miller Celebration of Life is being planned by the Miller Family for November with further details to come.

Founded in 1901, Ontario Soccer is comprised of more than 550 Clubs and Private Academies servicing over 24,000 teams with 380,000 registered players, 70,000 coaches and managers, and 9,500 match officials, as well as countless volunteers, parents and supporters comprising a direct, multi-cultural community of over 1,000,000 Ontarians.

Ontario Soccer develops and delivers exceptional and sustainable programs and services throughout Ontario with the mission of providing leadership and support for the advancement of soccer in collaboration and cooperation with our membership, partners and other stakeholders. Ontario Soccer also operates the Ontario Player Development League (OPDL) - the province’s premier standards based youth development program and proudly supports Canada Soccer’s National Teams, the Canadian Premier League and Toronto FC.

An overall goal of Ontario Soccer is to assist with the equitable development of soccer as a healthy lifestyle choice, provide a talented pathway for players to excel and encourage inclusive community involvement at all levels.