There are currently 20 clubs approved to return for 2021 season 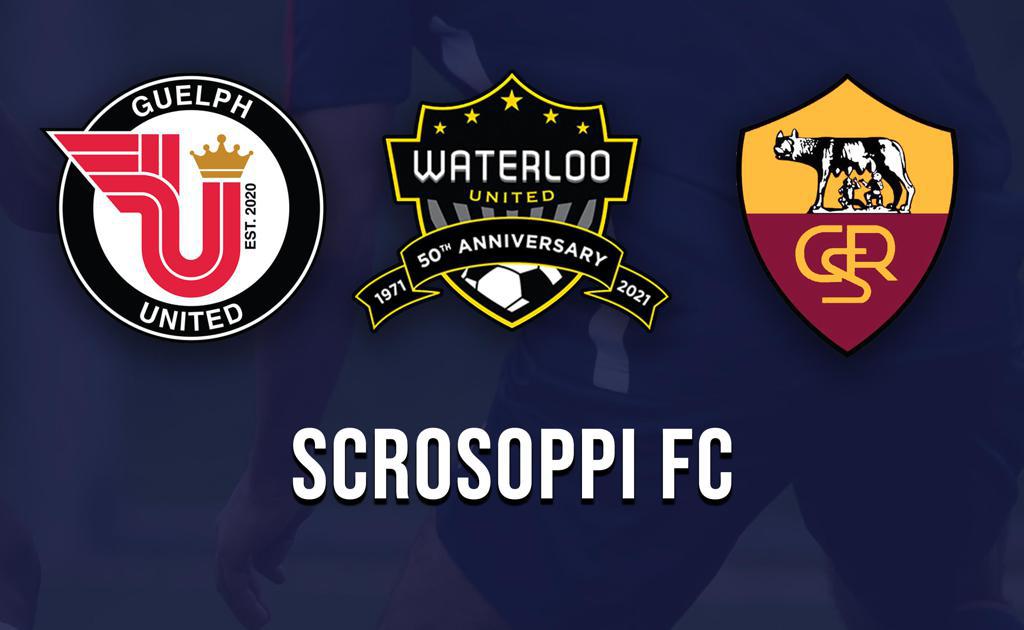 League1 Ontario is pleased to welcome four new clubs to its Men’s Premier Division for the 2021 season and the eighth campaign (the seventh season was cancelled due to COVID-19) of the provincial Division III league – continuing the evolution to expand the player pathway for talented and committed young athletes, providing high-performance training and the top level of competition to post-OPDL and post-secondary school players.

“We are delighted to see further growth in the League1 Ontario Mens Premier Division,” said League1 Ontario Director, Dino Rossi.  “The level of interest to join the league was unprecedented.  We had a lot of quality applicants to choose from.  We are very confident that the clubs we are announcing today will be outstanding additions.”

“These four new entries significantly increase the league’s presence in the southwestern end of the province.  It was a priority to bring League1 Ontario to new communities and we are very pleased to have achieved that objective,” continued Dino Rossi. “We are very excited for talented young footballers in these regions to have the ability to aspire to playing in League1 Ontario within their home communities and we are excited to see some new rivalries emerge.”

Established in 2020 with the help and experience of local partners, the University of Guelph Gryphons, the Guelph Soccer Junior Gryphons, and the City of Guelph, Guelph United F.C. was formed with the goal of bringing League1 Ontario to this vibrant community located just an hour west of Toronto.

“We are extremely excited to be part of League1 Ontario in 2021 and with our ties to the excellent soccer program at the University of Guelph, we look forward to building a team our community and fans can get excited about,” - General Manager and Associate Head Coach Keith Mason.

Scrosoppi FC (SFC) was established in 2020 and represents the fast-growing community of Milton. It was born out of a passion for the beautiful game of football and a desire to provide playing opportunities for athletes in our region. The club was named after the great Patron Saint of Footballers, Luigi Scrosoppi. Scrosoppi was known for his commitment to bettering the livesn of youth through sport – and Scrosoppi FC is committed to continuing his legacy through a club named in his honour.

Scrosoppi FC will offer a high-performance training environment where athletes develop physically, technically, mentally and emotionally. SFC supports the national player pathway and provides athletes with a progression plan that allows SFC athletes to feel confident and prepared to achieve their soccer goals.

“Scrosoppi FC is excited to be competing in League1 Ontario and grateful for the support the league and our partner clubs, Milton Youth Soccer Club and Brampton Soccer Club, have provided us through the process of launching this club. In our inaugural season we will focus on building a competitive young team that plays an attractive high-tempo, possession-oriented game. We will also focus on continuing to develop professional and collegiate relationships that will benefit our athletes and support their continued development and movement through the national pathway,” - Gary Raulino, President, Scrosoppi FC.

Club Roma Soccer Association was formed in 1967 to provide the youth of the Niagara Region a place to play and enjoy the game. Since its founding, the club has enjoyed great success in local, provincial and national competition.

Club Roma Soccer has boys’ and girls’ programs from soccer starters all the way up to their men’s and women’s adult teams. The Club has a long, storied history at the elite senior level, having fielded teams in the NSL, CPSL and CSL. The new St. Catharines Roma Wolves Men’s League1 team will cement the tradition and long history of this club and will serve the elite soccer player in the Niagara Region and beyond.

“We are extremely excited to have elite level soccer back in the Niagara Region. We have  a proud history and a bright future.” - Carmine Provenzano, President of the St. Catharines Roma Wolves League1 Team

the philosophy to provide a positive learning environment with excellent programs, volunteers, staff, and resources while influencing the ‘Beautiful Game’. In 2021, the club celebrates an historic milestone, that being their 50th Anniversary. The programs that are offered provide an opportunity for children and adults within the City of Waterloo to participate in soccer at various levels.

“Waterloo United is very excited to join League1 Ontario. We look forward to providing local players an opportunity to participate and compete at the highest level in the province. We believe that being a part of this league will help grow and develop the game within the Club but also across the Southwest district.” - Paul Burns, Executive Director.

In addition to these four new entries to the Men’s Premier Division, the League1 Ontario Board of Directors continues to be in talks with additional expansion applicants.

“It is important to note that we continue to have ongoing discussions with some other applicants and may have more good news to announce in the coming weeks,” said Dino Rossi.

The following 20 clubs are currently approved to return for the 2021 season:

Founded in 2014 by Ontario Soccer, the league began with a ten team men’s division, which has now grown to 20 teams in the men’s division and includes a separate 14 team women’s division.

League1 Ontario serves as a critical bridge between the high-performance youth level and the professional levels of the game.

Owned and managed by Canadian Soccer Business (CSB) since 2019, and sanctioned by FIFA through the domestic bodies of Canada Soccer and Ontario Soccer, League1 Ontario’s primary focus is the showcase and development of Canada’s future stars.