Tajon Buchanan of Brampton and Jade Rose of Markham were recognised for their performances and progress as part of Canada Soccer’s National Teams Program. 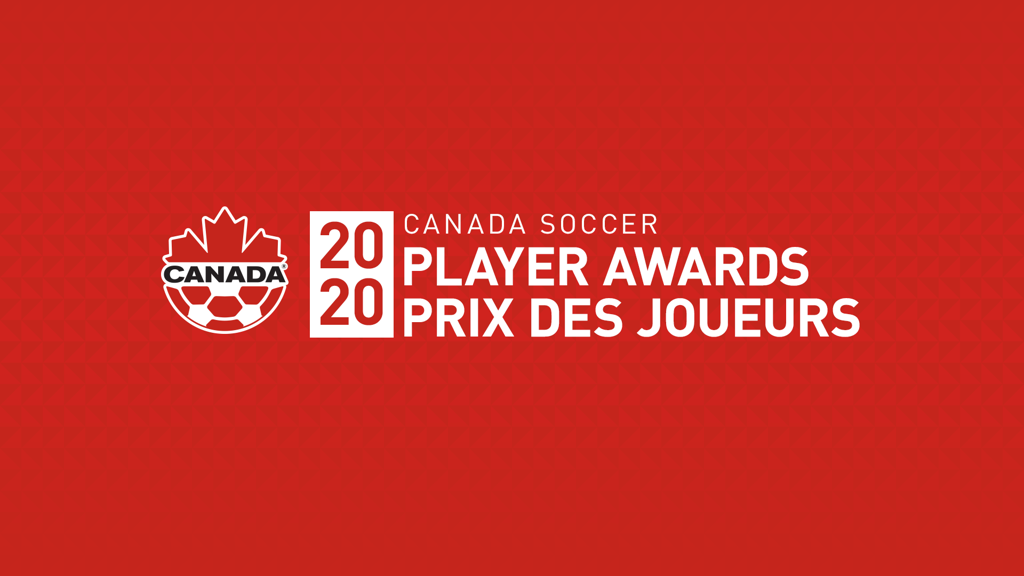 Canada Soccer’s young footballers Tajon Buchanan and Jade Rose have been named the 2020 Canadian Youth International Players of the Year. The two young players were recognised for their performances and progress as part of Canada Soccer’s National Teams Program.

The Canadian Youth International Players of the Year Award celebrates Canada’s top two youth footballers. For the 2020 award, the list of women’s nominees featured U-20 players who participated at the 2020 Concacaf Women’s Under-20 Championship. For the men’s nominees, given that no international competitions took place because of the global Covid-19 pandemic, the Canada Soccer list featured Canadian U-23 players.

Tajon Buchanan was one of 20 players selected to represent Canada at the Concacaf Men’s Olympic Qualifying Championship in March 2020 before the tournament was postponed. From February through November, he was the only Canadian player that featured in every Major League Soccer game through to the Quarter-finals of the MLS Cup Playoffs with the New England Revolution. He notably scored his first career MLS goal on 12 September and his first MLS playoff goal on 24 November, both against the Supporters’ Shield winners Philadelphia Union. 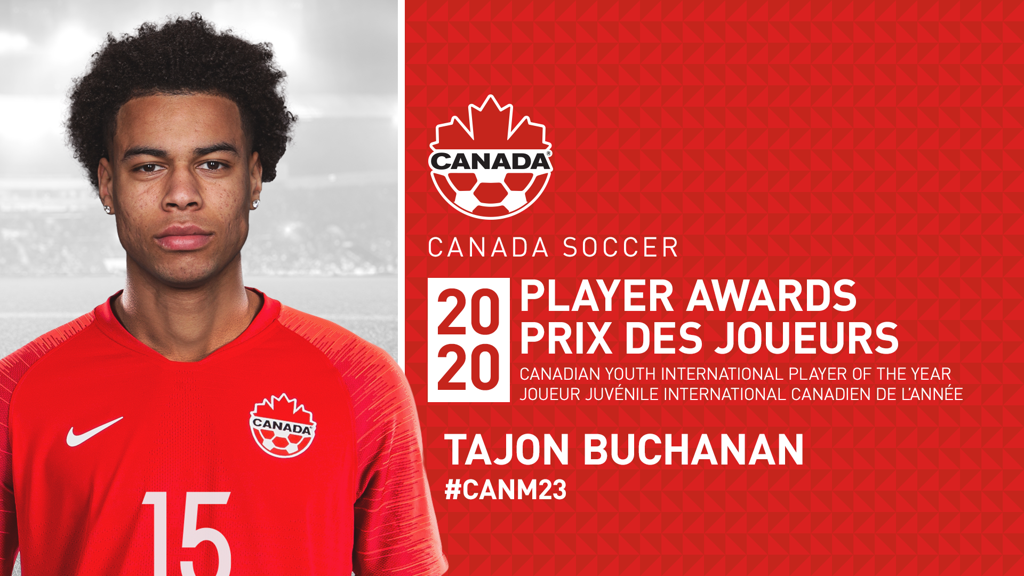 Buchanan is one of several young Canadian MLS Domestics that has featured for a US-based team thanks to a Homegrown Player rule that ensures Canadian players who came through the Canadian player development system are considered domestic players upon signing their first professional contract with an MLS club. Still only 21 years old, the MLS sophomore has played as both a winger and fullback during the 2020 campaign.

Jade Rose starred at centre back for Canada at the Concacaf Women’s Under-20 Championship in February and March 2020. She was the only player to start in all five of Canada’s matches in the tournament’s revised format that was expanded from eight to 20 nations for the first time. Rose led Canada with 446 minutes through to the Concacaf Quarterfinals when Canada were eliminated by the eventual champions USA. 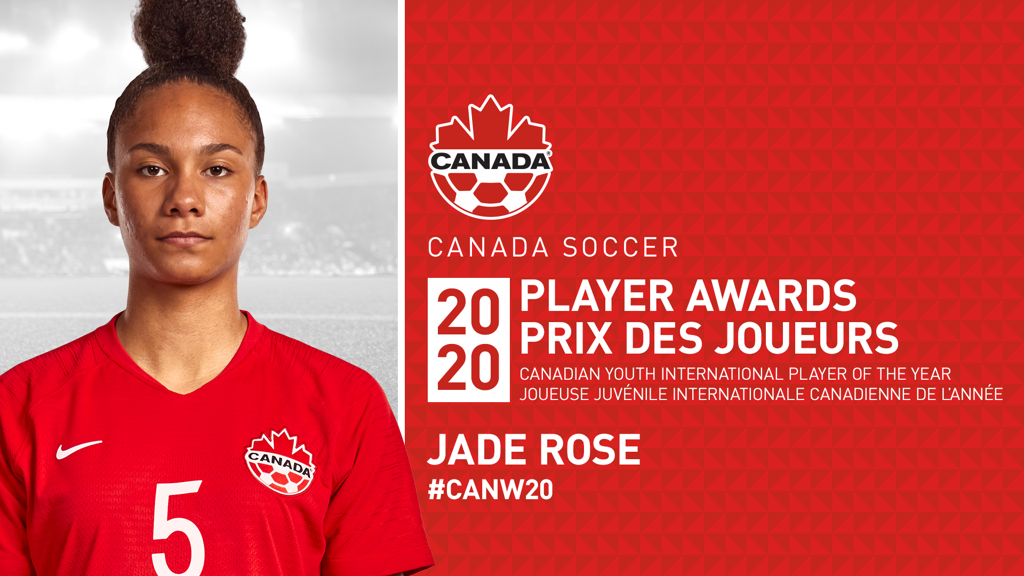 Rose has been part of Canada Soccer’s youth program since 2017 and has previously featured at the Concacaf Girls’ Under-15 Championship, the Concacaf Women’s Under-17 Championship, and the FIFA U-17 Women’s World Cup. She has also taken part in two camps with the Women’s National Team in 2019 and featured in an exhibition training match against Japan. She was runner up in voting for last year’s Canadian Youth International Player of the Year Award.

Buchanan and Rose are the third winners of the award, which was introduced in 2018 to recognise achievements with Canada Soccer’s Youth National Teams with an emphasis on their performances at age-category international competitions. Previous winners were Jayden Nelson and Olivia Smith in 2019 and Derek Cornelius and Jordyn Huitema in 2018.

The 2020 Canada Soccer Player Awards will be announced over the week of 30 November to 4 December. Earlier this week, Mohamed Farsi was named the 2020 Canadian Futsal Player of the Year.