Grassroots Spotlight Series - What Can We Learn From Others? Part 2

This edition of the Grassroots Spotlight Series will highlight how Kingston United and Tecumseh Soccer Club have exceled in bringing personal development opportunities not only to their own organizations, but to interested soccer minds from all over the Province.

After beginning to shine a light on best practices in the coaching education arena in last week’s Grassroots Spotlight Series, this week’s edition will take a further look at how various groups have made a virtue out of necessity during the lockdown period to use that unanticipated time-off wisely and productively.

With various everyday life restrictions slowly and methodically being lifted by government and health authorities, the efforts invested during the soccer shutdown will surely yield dividends for all participants across the soccer community, as Clubs, Academies, Teams, Coaches, Players, Match Officials and even Parents will be primed and ready to return to the game we all love in the foreseeable future.

To add further creative inspiration for soccer leaders across Ontario to the mix, this edition of the Grassroots Spotlight Series will highlight how Kingston United and Tecumseh Soccer Club have exceled in bringing personal development opportunities not only to their own organizations, but to interested soccer minds from all over the Province.

Like many Ontario Soccer member organizations, Liam Hughes, TD at Kingston United, and his team were offering a Coach Education program that had to fit into the busy weekly soccer schedules of everyone. It tended to include a monthly delivery of content, enriched by international coach education events, either online or in-person, especially when personal vacation visits from overseas coaching experts could be leveraged once or twice a year.

When the suspension of all soccer came into effect in mid-March, however, the Club’s objective shifted to keep the soccer conversation going and engage coaches in a way that embraced the Kingston United Club identity. The resolve of the coaching group was tangible and their response was instantaneous with all 28 coaches enthusiastically connecting with Hughes and the technical staff team online. The fact that everyone was practicing the “stay at home” safety measures advocated by the government, proved to be a blessing in disguise, as coaches were readily available for virtual meetings.

To keep their coaches’ spirits lifted and keep their minds focused on soccer, weekly sessions, often 2-3 hours long have now become the norm. Having started with a Club internal focus, by leveraging Zoom call capabilities of having a 100 people join, Kingston United opened its virtual doors beyond their Club to their entire Region, before making it even more widely accessible via Twitter.

Holding 30 spots for his own coaches and Club stakeholders, Hughes has generously extended invitations both through personal e-mail contacts and Twitter, which Clubs from many corners of Ontario including Toronto High Park, Waterloo, Gloucester Hornets and many others were only too pleased to take advantage off.

Feeling a true sense of coming together across the coaching community, Hughes also leveraged his connections from the Ontario Soccer TD Diploma course to include his peers from across the Province.

Suffice to say, Kingston United’s “Quarantine Coach Education Series”, bringing a variety of fresh voices and angles to bear and featuring experts from the UK and elsewhere, has become a hit.

Hughes was blown away by the willingness of international speakers to step up, free of charge, and share their expertise and experience with his coaches

Natalie Henderson from the Newcastle United Football Club’s women’s program, Jack Brazil from the Valerenga IF Elite Academy in Norway, Ben Nicholson from the Sheffield Wednesday Academy and most recently Bjorn Zwikker of Dutch Eredivisie Club, FC Emmen, have been among the presenters illuminating coaches on everything from Academy philosophies, systems of play, bridging the gap between Academy and first team and much more. Hughes is excited about the learning mindset of all involved and sees coaches absorbing new knowledge like sponges.

While making the best of a difficult situation, of course, everyone is eager to return to the pitch again, once circumstances permit. Hughes hopes that the growth mindset many coaches have cultivated during this period remains strong and active, however.

Knowing how competitive soccer can get on the field, especially among Clubs and Academies in a local community setting, the sentiment of sharing, teamwork, collaboration and mutual support and respect ought to be held in higher regard according to Hughes.

In his eyes, it is a matter of mindset and mentality of technical leaders and for all to appreciate that everyone can lead the way on something positive that other individuals and organizations can learn and benefit from. When we move the game forward together, the whole is truly greater than the sum of its parts. 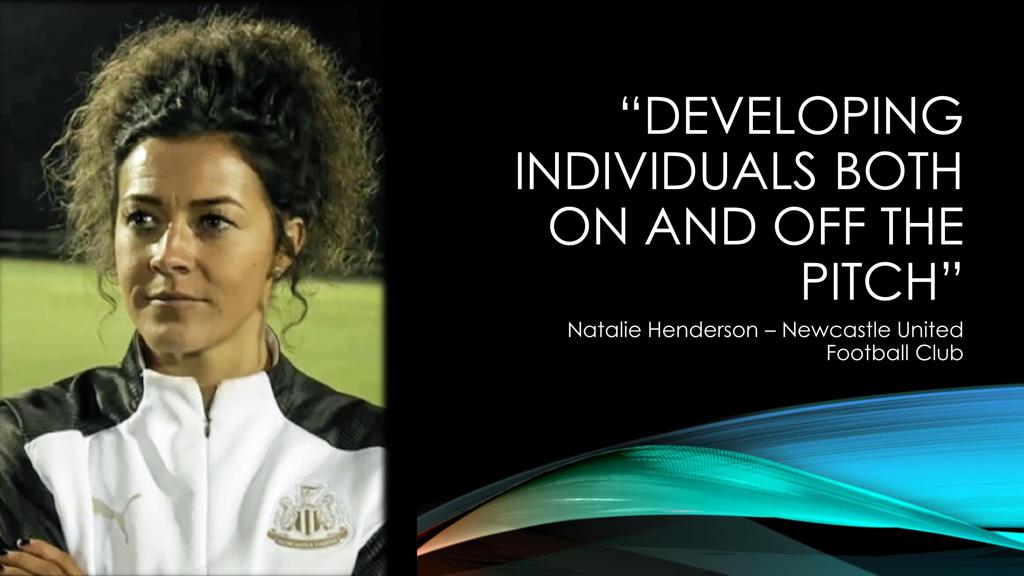 Another organization that assumed a leadership role for Coach Education during the soccer suspension period, is Tecumseh Soccer Club. Ryan Mendonca, Tecumseh Soccer Club Director of Coaching, echoed the positive sentiments of his colleagues about coaches pulling together as a community during these times, irrespective of their Club or Academy allegiances and added his own perspective to the conversation.

Factoring in heightened stress and anxiety for coaches and soccer families alike during a period fraught with uncertainty, Mendonca and his teams made sure that a careful balance would be struck between offering added engagement and education offerings, while also making sure nobody got overwhelmed in the process.

For example, they kept a close eye on school board distance learning information and missives to ensure that a sound balance between school and soccer, screen time and active time could be established for all stakeholders.

One key aspect that Tecumseh Soccer Club has embraced is a shift from the inevitable focus on pragmatic, on-field delivery of soccer during “regular” times with all education offerings judged by how applicable it was for the next on-field session.

Now, there is a markedly increased focus on personal growth through self-reflection for coaches. Mendonca and his staff team are taking advantage of having deeper dialogue with coaches on their personal goals and aspirations and crafting both group discussions, but also 1-on-1 virtual mentorship dialogue to truly customize their efforts to the individual.

What typically used to be 5-6 monthly meetings alongside one full staff gathering has now been replaced by weekly calls with more of a longer terms focus of building towards the future rather than responding to short-term pressures.

With mentorship opportunities significantly enhanced the sense of a daily rush, has been replaced with more deliberate goal setting allowing both Mendonca and his team, as well as the coaches under their care to find growth and development and new fascination and inspiration for and through soccer. Everyone wins, as their love for the game is rekindled and intensified. 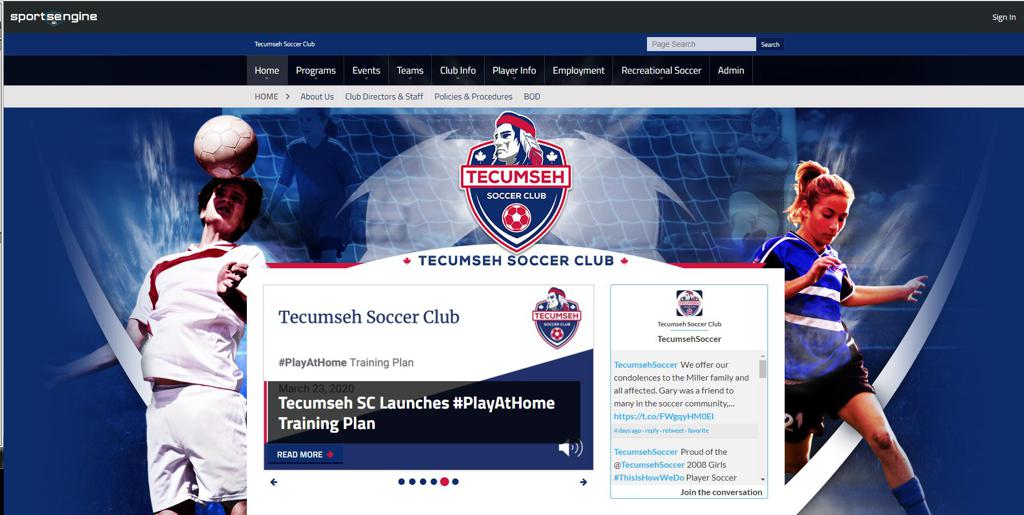 To be authentic as leaders, that philosophy of sharing and collaborating within and beyond your organization needs to be shown in how one conducts themselves and not just be mere lip service.

While Mendonca concedes that organization’s like his can be under special scrutiny in a local soccer community with their motivations and “agendas” sometimes called into question, he has recently found greater acceptance from stakeholders in their soccer eco-system that there is a true desire to work together for everyone’s benefit.

This includes taking the time to celebrate and recognize things other soccer groups are doing a great job on, rather than just navel gazing at their own successes. When you are doing things to help and be supportive of other groups, rather than trying to be flashy and show other groups up, word tends to get around and perceptions are changed.

Of course, soccer, ultimately, needs to be fun. By highlighting coaching efforts of those going above and beyond in weekly coaching meetings with things like custom TIK TOK videos for younger teams and competitive fitness challenges for older teams, Mendonca has been able to foster coaching creativity organically. Soccer parties around live virtual training sessions, alongside scavenger hunts, or rock, paper, scissors competitions keep engagement levels high.

As a positive consequence, Tecumseh Soccer DNA can now be delivered by varied coaches, who are showing strong grasp of content in its highest form by being able to deliver it to other people actively.

To guide their efforts during this time, Tecumseh Soccer Club has established their “C.O.A.C.H.” plan:

C – CONTRACT: Continue to try to keep all their coaches employed in some capacity to have consistent, engaged contact.

O – OUTLINE: Define the role of the coach in the new “virtual” world and support them in adjusting to the variables and barriers in the new role.

A - AREAS for GROWTH: Use increased frequency of “all coach” meetings and assigned topics for discussions around personal/Club growth (Including, but not limited to: Game model, player model, principle-based curriculum, player pathway, video analysis demo with MSA, practice planning and animation with our XPS (by sideline sports) software and app, etc.)

C – COMMUNITY: Open up all resources to their peer Clubs in the Windsor Essex community and throughout Ontario including the #PlayAtHome program.

H – HIGHLIGHT: Rather than enforce compliance, celebrate 2 or 3 positive coaching examples each week for their creative work with their teams (including challenges, media, presentations or just fun virtual activities arranged). Also try to highlight not only your Club, but spread the work about positivity in the community.

While the vision for the #TecumsehTalks series may have been slow out of the starting blocks, the COVID situation really put it on speed dial.

With highly accomplished speakers like Jesse Marsh, Head Coach of UEFA Champion’s League participant Red Bull Salzburg, and former Canadian International and now Commissioner of the League1 Ontario Women’s Division, Carmelina Moscato, as well as presenters from the KNVB, Cavalry FC, AFC Bournemouth Academy and others offering inspiring insights, it is no surprise that attendance of these sessions has been at 100%. Mendonca is looking to keep that streak going by continuing to bring fresh and relevant content to all coaches, showing that their time and contributions are valued.

Sessions are now being booked for weeks into the future and promise to stay as a staple of the Club’s Coach Education efforts long after a Return to Play has occurred. Mendonca encourages interested people from across Ontario to check out what #TecumsehTalks has in store in the coming weeks and reach out to him, if they want to partake.

The biggest takeaway for Medonca is that coach education will forever be changed for the better. Onboarding coaches will be much easier and productive in future, as better and clearer frameworks exist. Especially for the tech-savvy young generation of coaches, virtual engagement draws them in, while keeping more seasoned coaches agile and open to debating new ideas. The conversation has been upgraded and those organizations most readily adapting to change will chart the course for our game going forward.