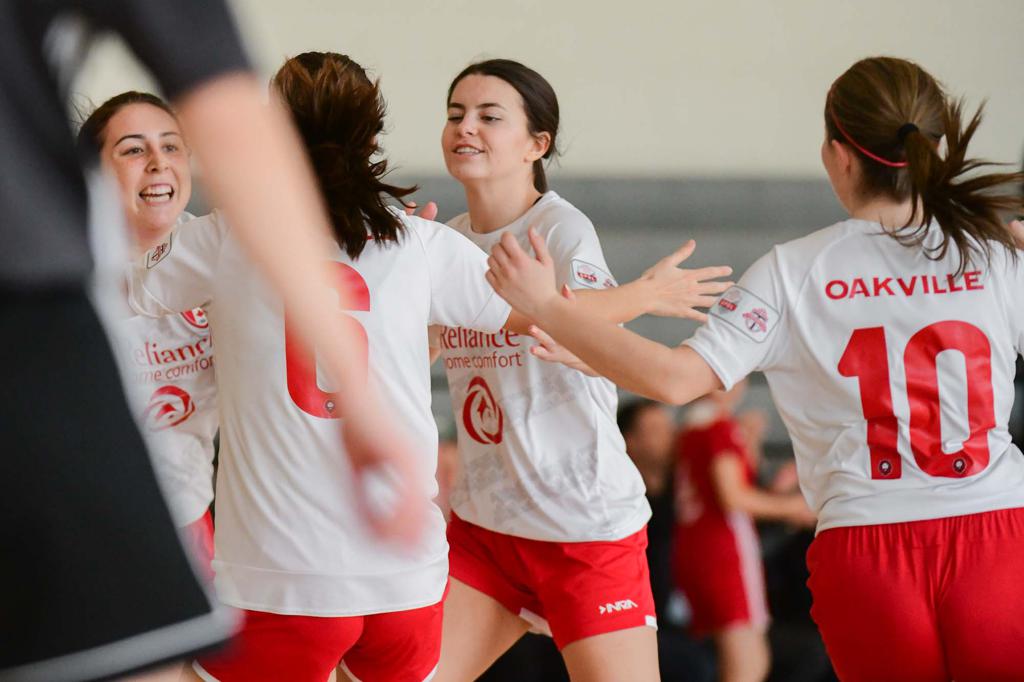 Oakville defended well in a box formation, limiting Hamilton’s favoured tactic of playing to a target forward in a diamond formation, but they were absolutely outstanding in building waves of slick attacking sequences. As the match wore on, Oakville eventually dominated possession and starved their opponent of the ball.

Hamilton sat deep and mainly looked to absorb Oakville’s attacking forays, playing immediately to their target or trying to force fouls in key areas. Hamilton found just such a moment for the breakthrough in the eighth minute.

Ava Martin hammered a free kick on target and Oakville’s keeper Rachel Marriott couldn’t hold the effort, spilling to the feet of Hamilton’s Erin Lou, who tucked away the rebound.

Still, it was only a matter of time before a determined Oakville SC side would respond decisively.

First Abigayle Burnett beat her defender with a tidy one v one move, driving a low finish into the bottom left hand corner that Hamilton’s Jenna Taghikhani just couldn’t reach. 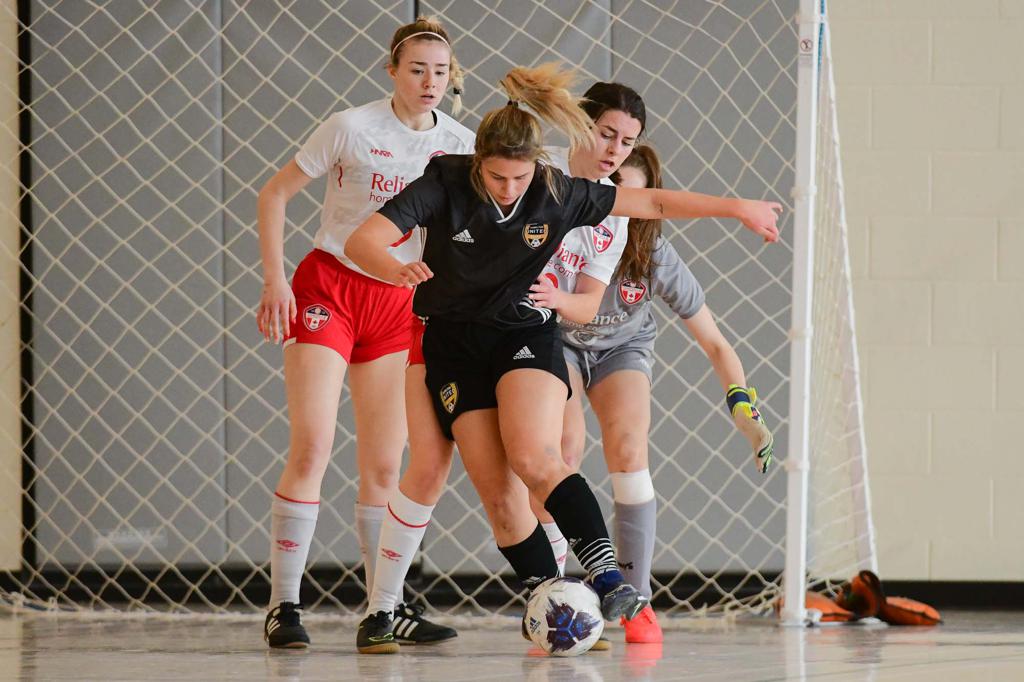 Within a minute, one of Oakville’s talented centre-forwards, Marissa Mestre, ran in behind her mark with a perfectly timed run before slipping it under Taghikhani.

Hamilton started the second half brightly, with forwards’ Mia Paiement and Martin peppering the net with shots that Oakvile’s Rachel Marriott did well to keep out with and array of kick saves and sprawling dives.

However, Oakville’s quick tempo in possession would again accelerate, and towering forward Victoria Beara put the result out of sight with two emphatic finishes just after the half-hour; a right footed curler after a beautiful through ball from Burnett, followed by a rocket from close range that left Taghikhani with no chance.

A late strike from defender Asha Sunner capped off a great occasion, forcing home the final tally through Taghikhani’s fingers and leaving the gold medal solidly in Oakville’s grasp.

Visit Ontario Soccer's Facebook page for all the photos from the final. 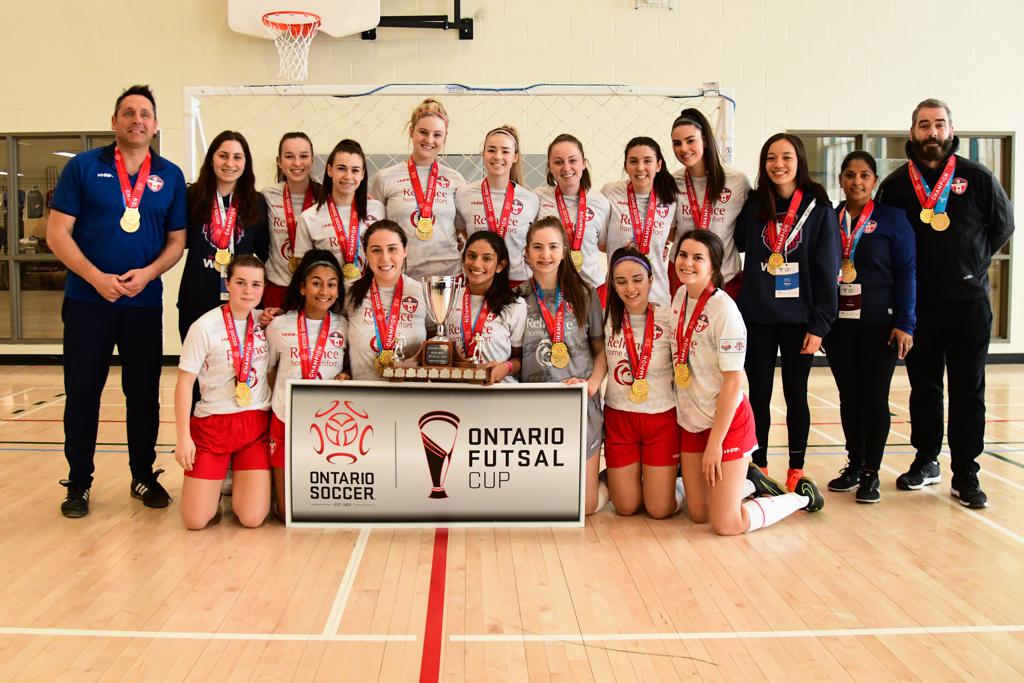