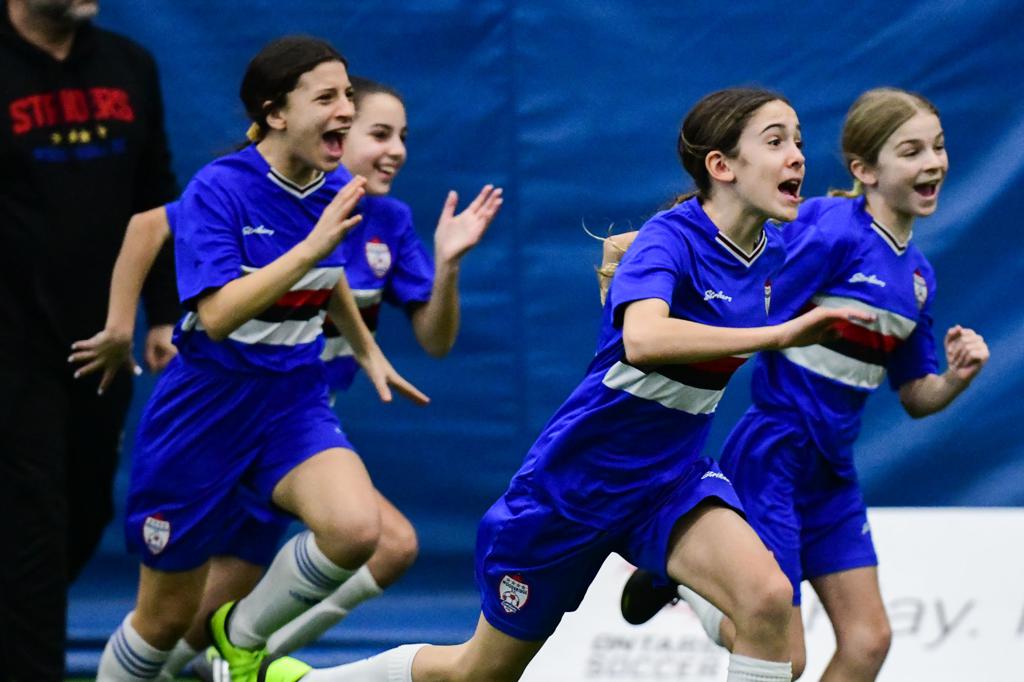 The U-13 Girls Ontario Indoor Cup finals featured the Woodbridge Strikers taking on the Etobicoke Energy at the Ontario Soccer Centre.

Prior to the final, the U-13 Girls played a tournament round on the Saturday and semi-finals on the Sunday.

Woodbridge defeated FC Milton United 5-1 in their semi-final while Etobicoke downed the Brampton Brams 2-0 to reach the championship match.

It was end to end action for most of the first half as both sides threw caution to the wind and really went for it. 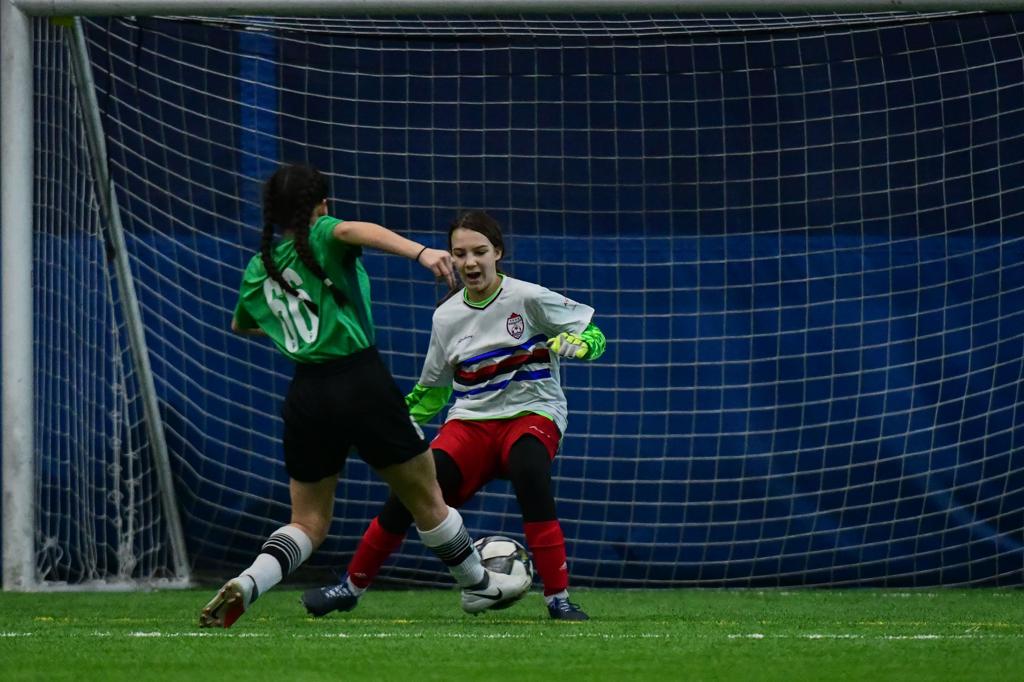 Despite their best efforts though, neither side was able to find their way on to the scoresheet in the first half and it ended 0-0 after the first frame.

The second half began as the first ended with lots of wide open play by both sides.

This allowed Woodbridge’s Daniela Santoriello to slip in behind the Etobicoke defence, round the keeper and find the back of the net, making it 1-0 for the Strikers in the 30th minute.

That would be all they would need as Woodbridge closed up shop the rest of the way and secured the U-13 Girls Ontario Indoor Cup title. 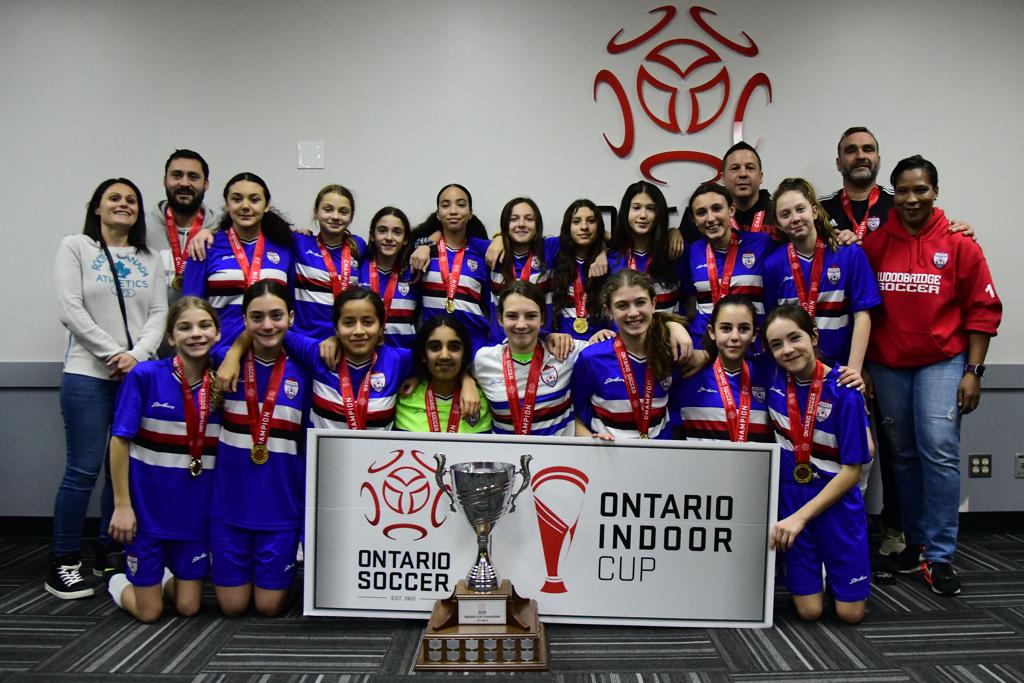