Canada secured their sport after back-to-back wins in Edinburg, Texas 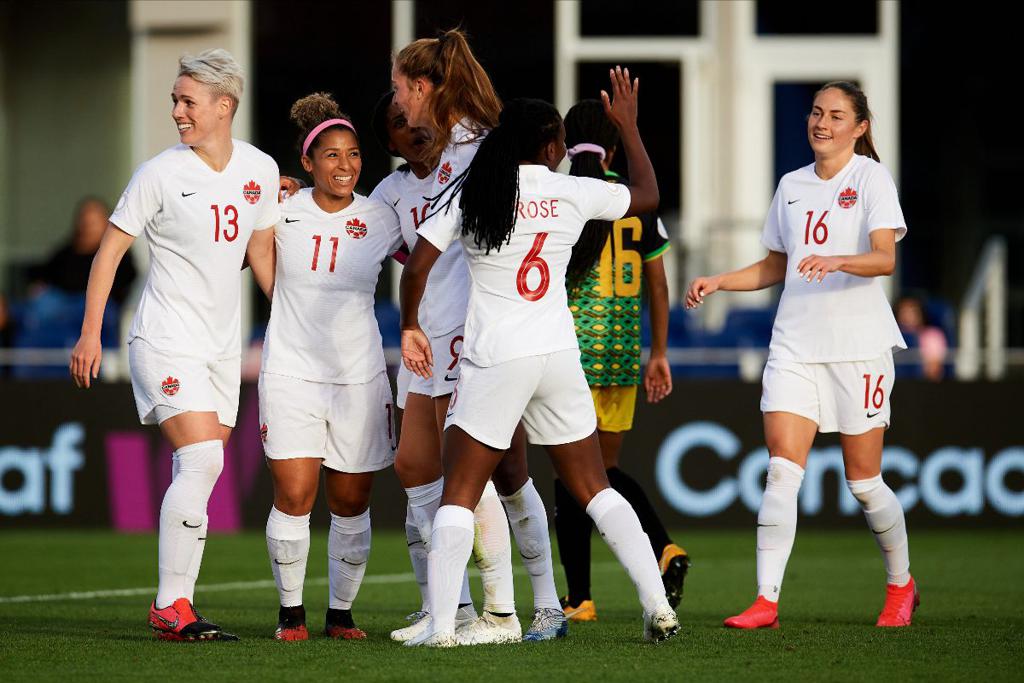 Canada have secured their spot in the semi-finals of the 2020 Concacaf Women's Olympic Qualifying Championship after back-to-back wins in Edinburg, TX. Canada won 9:0 over Jamaica on Saturday night at H-E-B Park on goals scored by Jordyn Huitema (five), Janine Beckie (three), and Deanne Rose. Goalkeeper Stephanie Labbé posted the clean sheet while Desiree Scott wore the captain’s armband for her milestone 150th international “A” appearance.

Both Huitema and Beckie scored their second career hat tricks for Canada, with Beckie now fifth all-time with 30 career goals. For 18-year old Huitema, Canada’s player of the match became just the second Canadian to score five goals in a single match, following in the footsteps of Silvana Burtini who registered hat tricks twice in Concacaf matches back in 1994 (five against Mexico) and 1998 (eight against Puerto Rico). Along with the goals, Huitema had one assist, Beckie had two assists, Rose had three assists, and captain Scott had one.

“When you look across the two matches and the players we featured across both wins, we are going into the third match with lots of confidence,” said Kenneth Heiner-Møller, Canada Soccer’s Women’s National Team Head Coach. “A great performance from Jordyn and the team as well, she was set up very nicely all the way from the centrebacks, and she was pretty clinical today.”

Across both wins, eight different players have scored for Canada. Huitema leads Canada and the tournament with six goals followed by Adriana Leon who is tied for second (four). Other Canada goalscorers at the Concacaf Women’s Olympic Qualifying Championship are Beckie (three), Ashley Lawrence (two), Christine Sinclair (two), Jessie Fleming (one), Jayde Riviere (one), and Rose (one).

This was the second of three group matches for Canada at the 2020 Concacaf Women’s Olympic Qualifying Tournament, the eight-nation confederation championship from which two nations will qualify for the Tokyo 2020 Olympic Games. Canada will next face Mexico on Tuesday 4 February (17.30 local / 18.30 ET / 15.30 PT). Canadian fans can watch every Concacaf match live on OneSoccer.ca as well as Canada’s matches live on Rogers TV, TELUS and SaskTel. Fans will find extended coverage across Canada Soccer’s digital channels on Facebook, YouTube, Instagram, and Twitter featuring the social media hashtag #CANWNT. 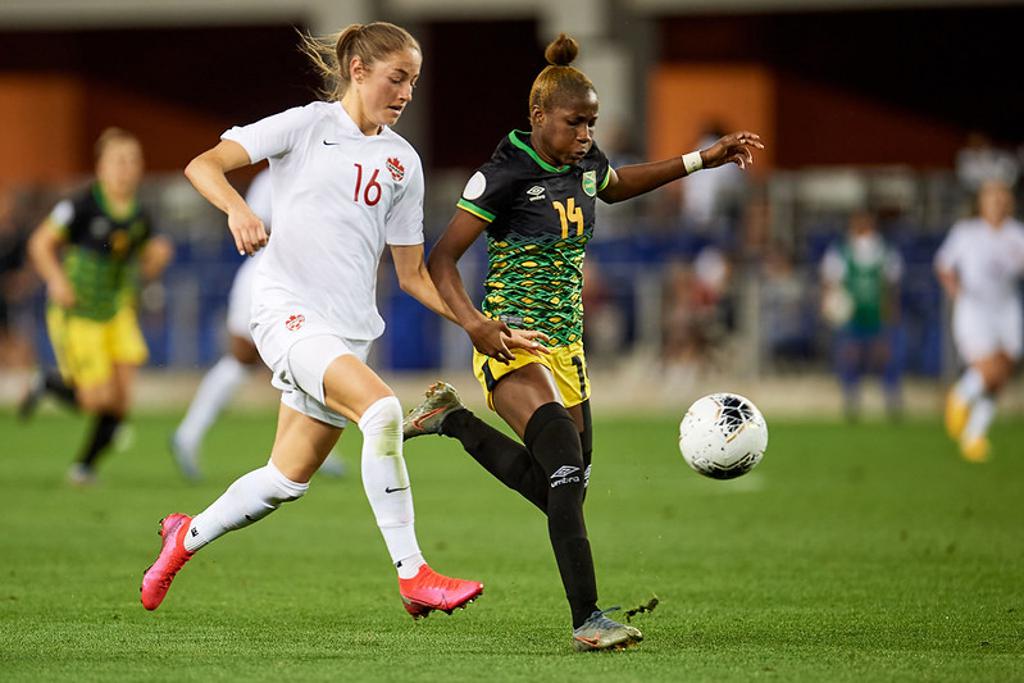 Canada opened the scoring in the 10’ after Shelina Zadorsky played Beckie deep down the left wing. From near the touch line, Beckie fired a trio of low shots that were blocked by defenders, but then Huitema knocked in the rebound from close range. Rose made it 2-0 in the 16’ after Beckie again instigated the attack, this time down the right wing through a give-and-go combination with Sophie Schmidt. Beckie crossed it into the box past Huitema and into the path of Rose who knocked it in with her stomach.

Canada nearly made it 3-0 in the 43’ after an Allysha Chapman charge down the left side led to successive chances inside the box. On the final strike, Schmidt’s shot from centre was saved by the Jamaican goalkeeper Sydney Schneider.

Less than two minutes later, Beckie scored the third goal from inside the box after a Huitema pass from the right put her through all alone. Beckie controlled the pass, moved in, and shot it past the goalkeeper Schneider.

In the second half, Beckie scored her second goal in the 51’ after she was put through alone on a low, cutting pass forward from captain Scott. Beckie made no mistake with her left-footed shot. Just four minutes later, Rose turned provider with a cross from the right wing that Huitema headed backwards past the outstretched Schneider.

Huitema and Beckie then struck less than five minutes apart to complete their hat tricks. In the 62’, a Beckie pass into the box was converted by Huitema. In the 66’, the ball moved from Riviere to Huitema to Rose before Beckie made it 7-0 for Canada.

Huitema then added two more goals in the final 10 minutes, first on a header at the back post after a great reaction save from Schneider. On the play, the corner kick was headed back by Schmidt at the near post before Schneider made her save, but then Huitema hit the target for her fourth goal. In added time, Beckie played it forward for Rose who circled the goalkeeper and then passed it to Huitema who scored her fifth goal.

Canada’s starting XI featured Stephanie Labbé in goal, Jayde Riviere at right back, Kadeisha Buchanan and Shelina Zadorsky at centre back, Allysha Chapman at left back, and captain Desiree Scott, Sophie Schmidt, Ashley Lawrence, Deanne Rose, Janine Beckie and Jordyn Huitema from the midfield up through to the attack. In the second half, head coach Kenneth Heiner-Møller replaced Scott with Julia Grosso (63’), Chapman with Gabrielle Carle (63’), and Lawrence with Adriana Leon (70’).