Find some of the best photos, video and moments from a year which showcased what the sport has to offer in Ontario 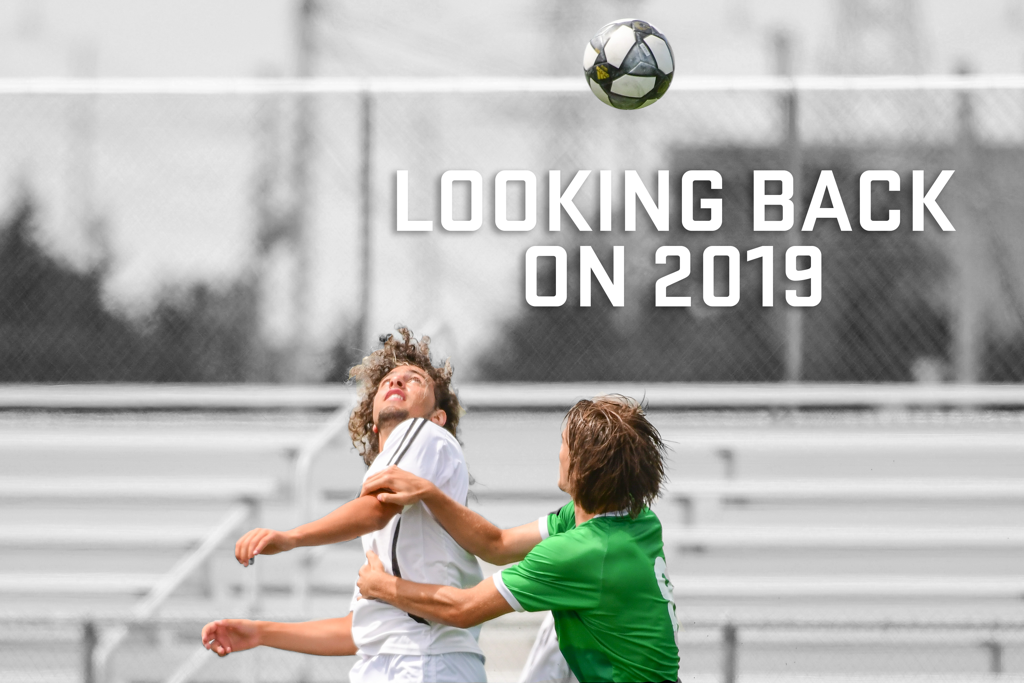 As 2019 winds down, Ontario Soccer are taking a look back at some of the moments that defined the sport in our province in the past year.

From celebrations to smiles, 2019 was a year that broke new ground and highlighted what makes soccer great.

Thank you to all those who made our game beautiful in 2019. 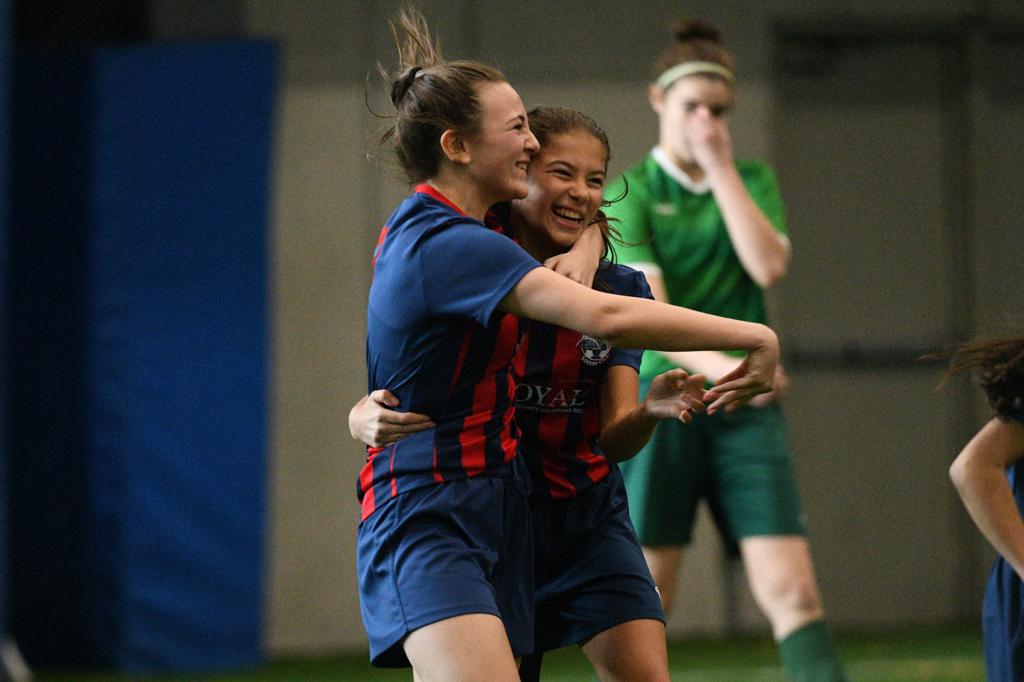 An annual event, the Ontario Indoor Cup is the first competition of the year for most clubs and offers the opportunity to get your year off on the right foot.

Click here to see the early rounds and draws

Click here and here to find stories on the 2019 winners. 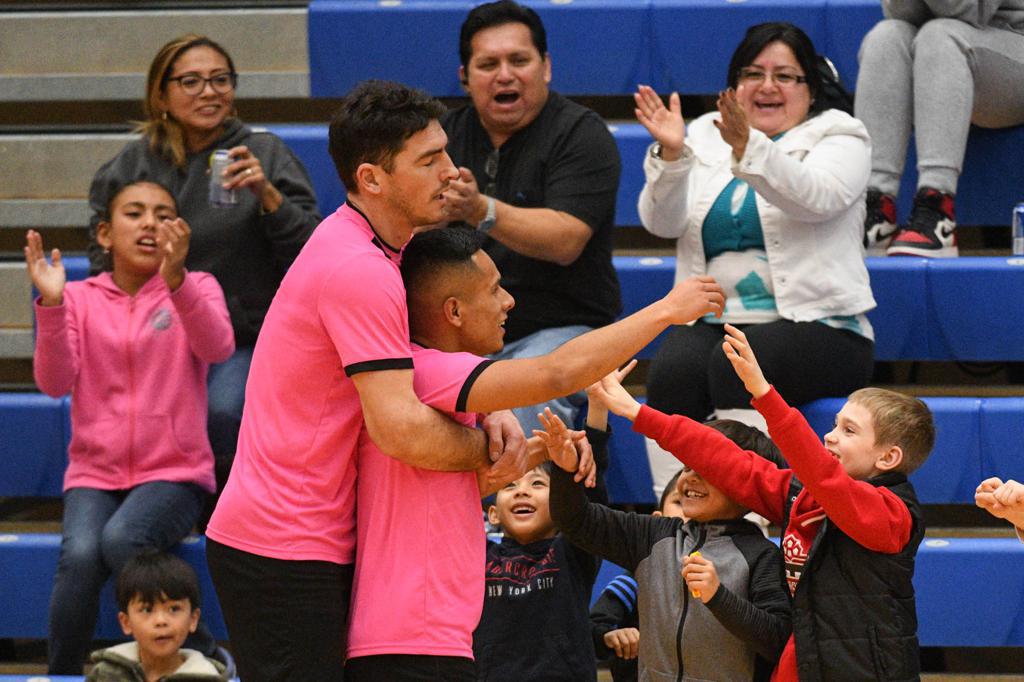 Always a passionate and high-paced affair, the Ontario Futsal Cup expanded the number of divisions again in 2019 and showcased some of the best the sport has to offer.

GTA Futsal won the Men's division final and finished with a bronze medal at the Futsal Canadian Championship.

The Ontario Soccer Summit, presented by Respect in Sport, hit new heights in 2019.

And the first keynote speaker of Ontario Soccer Summit 2020 will be Victor Montagliani, FIFA Vice-President and CONCACAF President.

In addition to recording its fastest ever sell-out in 2019, over 500 delegates from across Ontario and Canada attended the Ontario Soccer Summit, in London, ON, for their personal and professional growth.

Ontario Soccer is investing in its Match Officials.

The first of its kind, this document will be used to assist Club Head Referees with the programming at their Clubs and raise the level of match officiating across the province. 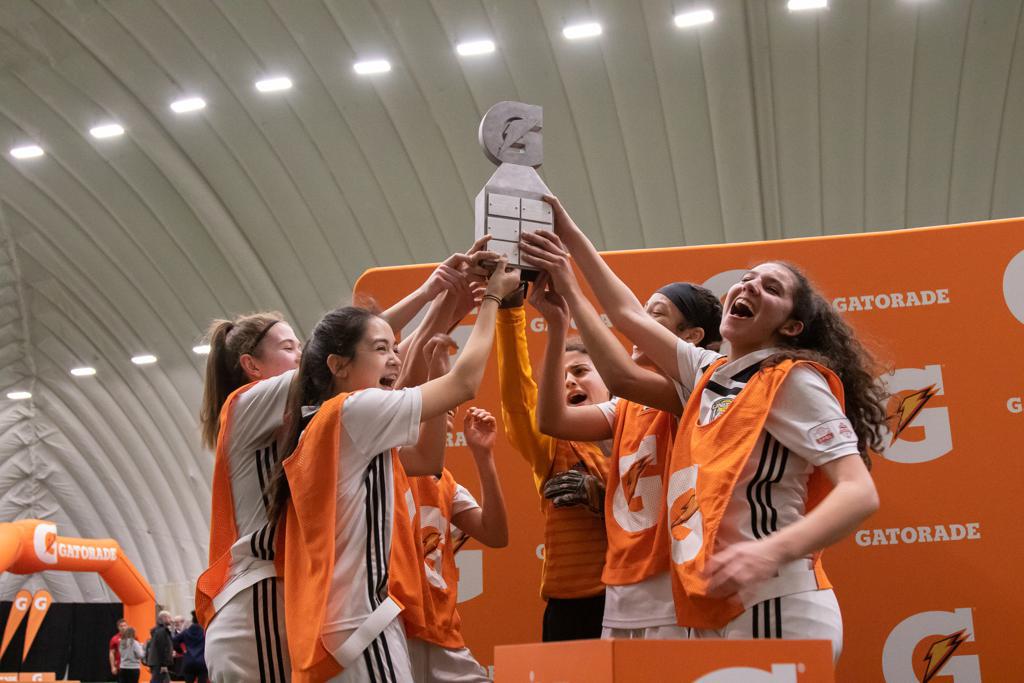 Two Ontario Player Development League teams qualified for the Gatorade 5v5 Global finals and competed with over 20 other countries on the world stage.

This year saw two new finalists, as Oakville SC and hosts United FA won their respective competitions, received a Gatorade Sweat Test and the enviable chance to travel to Spain as the Canadian representatives in the Global Final.

Click here to read more about the Gatorade 5v5 Finals 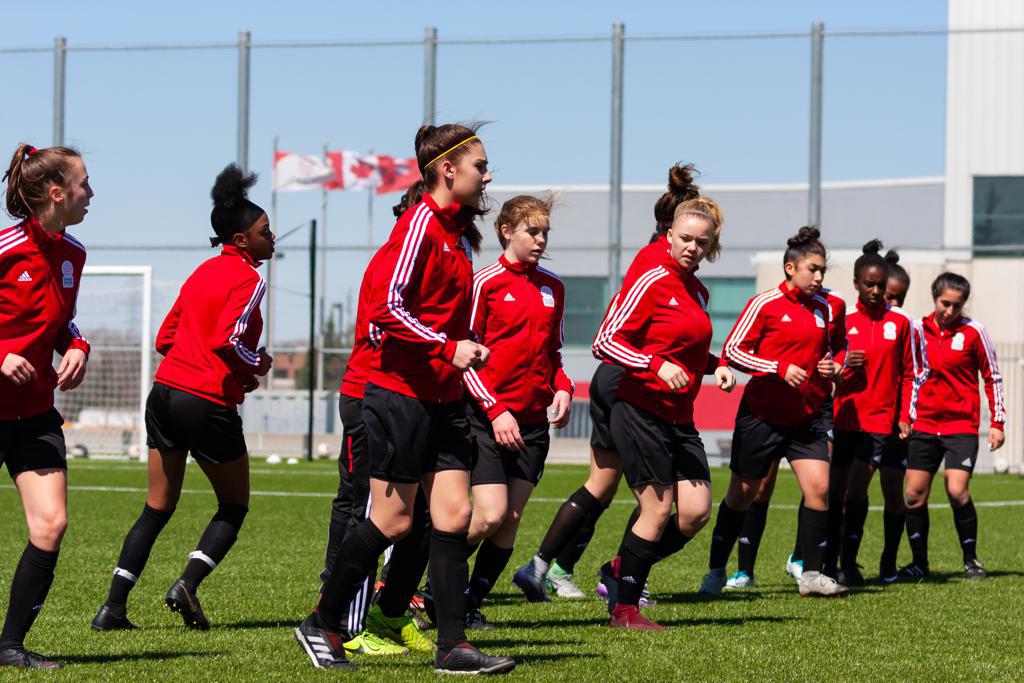 Ontario Soccer's provincial teams put on a dominant performance at the Inter-Provincial competition in April.

The U-14, U-15 and U-16 teams, for both the boys and girls groups, represented their province as Team Ontario, when they took on the provincial squads from Quebec at the Centre Sportif Rosanne-Laflamme in Saint-Hubert, Quebec.

The Ontario provincial teams played squads from Quebec, three times over the three days, offering them the opportunity to play against top-level competition in a high-performance environment.

Ontario teams finished the inter-provincial competition with a combined record of 10 wins, 2 draws and 6 losses.

New leadership added to Ontario Soccer Board of Directors 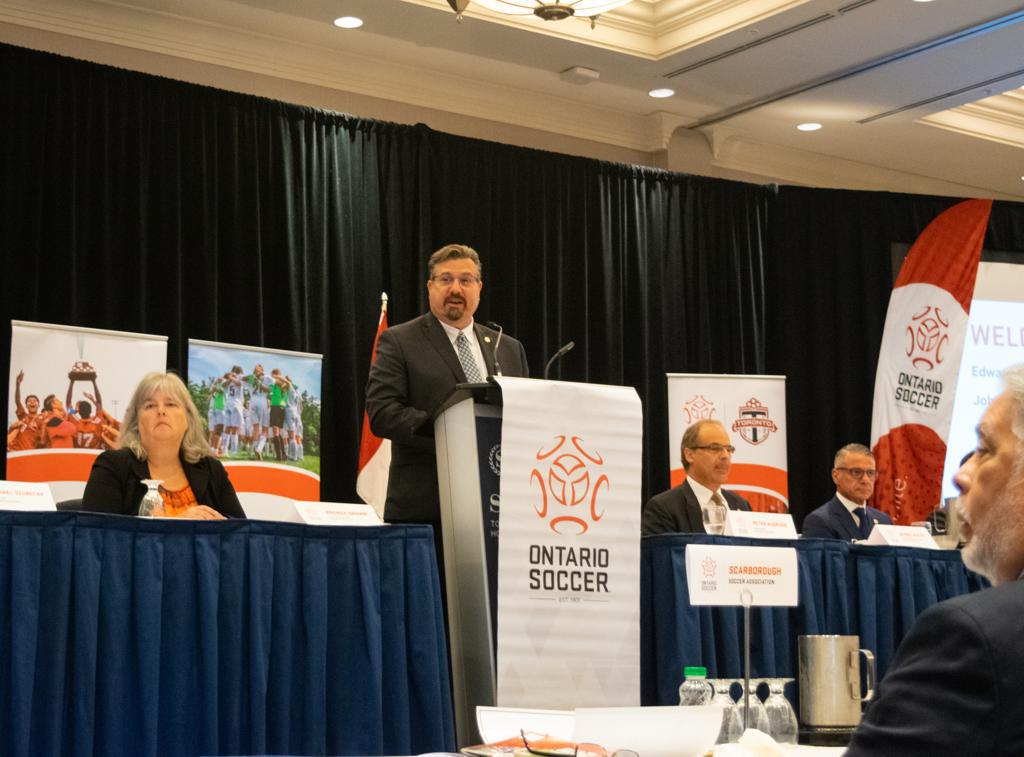 Ontario Soccer elected new members to its Board of Directors at the Annual Meeting of the Members (AMM) in June.

In the second election under the new modernized governance structure, four Board members were elected to help lead the strategy of soccer in the province. 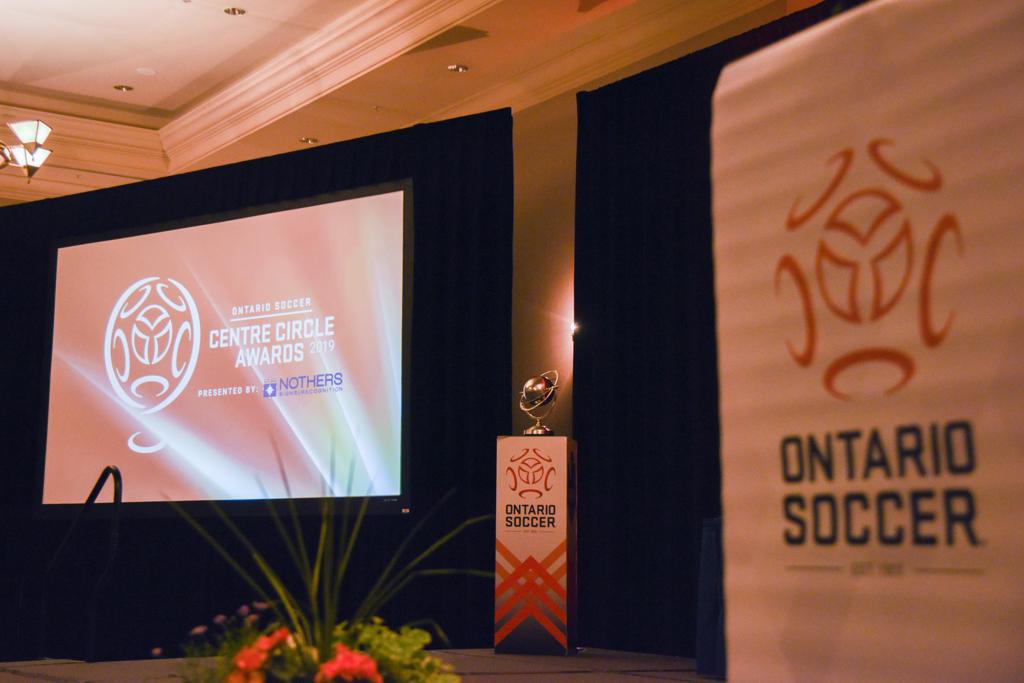 Volunteers from all over the province were recognized at the Centre Circle Awards.

A classy, gala event, presented by Nothers Signs and Recognition, the evening of awards honoured those who have made outstanding contributions to the game.

Coaches, clubs, leagues, match officials, administrators and those who have dedicated a lifetime to the game, all took a moment to stand in the spotlight of the Centre Circle.

Click here to read more about the Centre Circle Awards 2019. 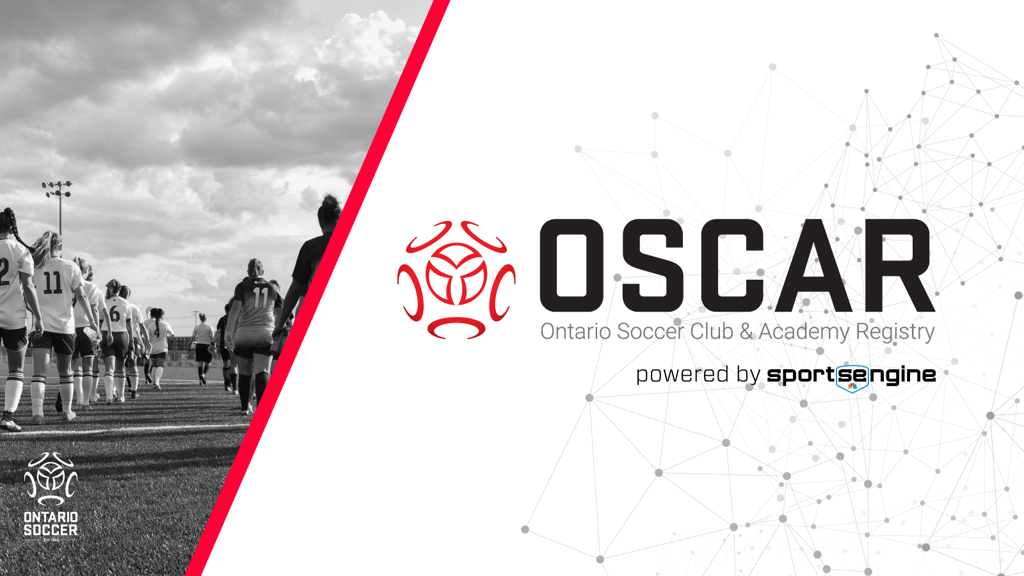 Ontario Soccer was pleased to announce the launch of its new registration platform, which serves to connect soccer in the province like never before.

Match Official Appreciation Day showcases the Spirit of the Game 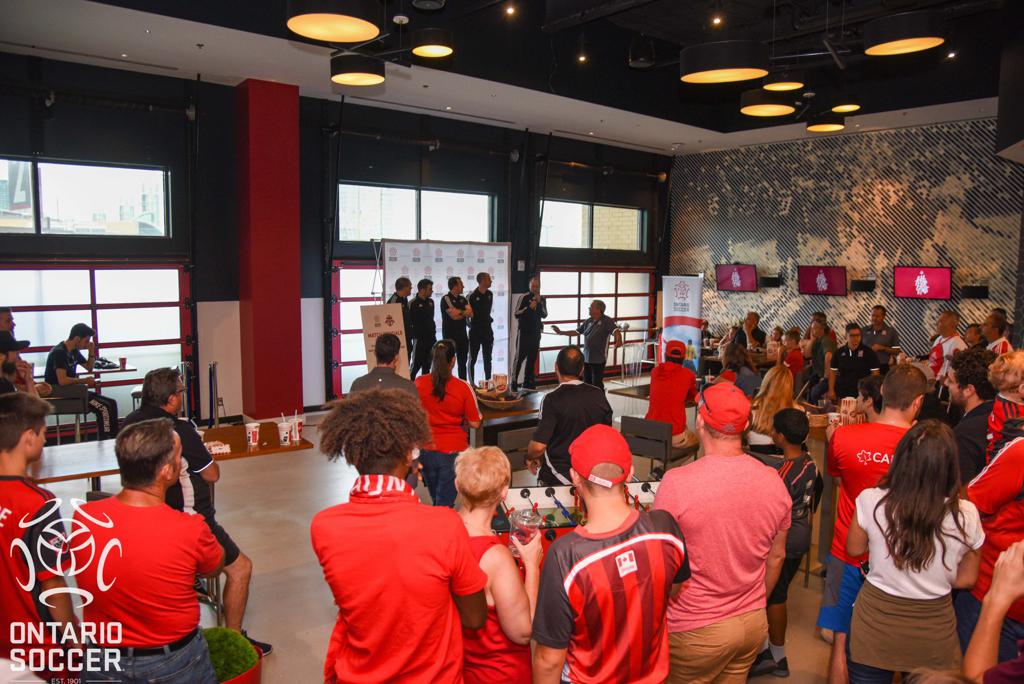 Ontario Soccer and Toronto FC were proud to present the 4th Annual Match Officials Appreciation Day this past year.

The Spirit of the Game Awards recognizes individuals and organizations who are providing leadership and service to the match official community.

The ceremony for the Match Officials Appreciation awards, which took place at the BMO Club at BMO Field, saw officials from across the province honoured for their role in either helping to develop match officials or for their outstanding performances as match officials.

As part of the day, a percentage of the proceeds from each ticket sold to the event was donated to help equip Ontario Soccer fields with life-saving defibrillators.

Circle K took on activation and promotional rights with the Ontario Cup, the Ontario Soccer Summit, Centre Circle Awards and other events.

Circle K’s presence was also found at marquee Ontario Soccer Grassroots 2v2 Festivals, which were held across the province.

HUB International and Ontario Soccer are proud to present a series of Coaching Development videos targeted at helping coaches of all levels.

In these videos coaches will learn a variety of different ways to enhance their own sessions on the field, off the field and with their players to prepare for game day.

Each video thoroughly explains their objective through a specific coaching topic and breaks down how to properly implement and achieve the same in your own setting.

Coaches of all levels can watch and learn how players demonstrate, rehearse and perform each exercise/practice seamlessly. 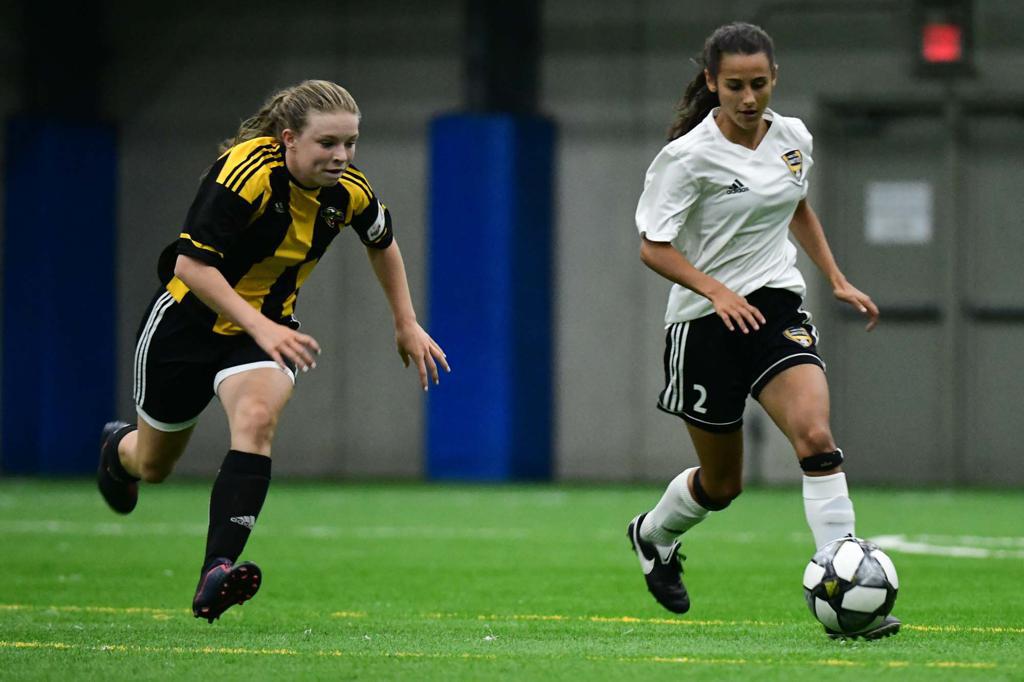 The Boys and Girls U-15 and U-17 OPDL Cup winners were crowned this past August.

The OPDL Cup, in its third year in 2019, is a single-game knockout format, which is intended to introduce another level of intense competition into OPDL. 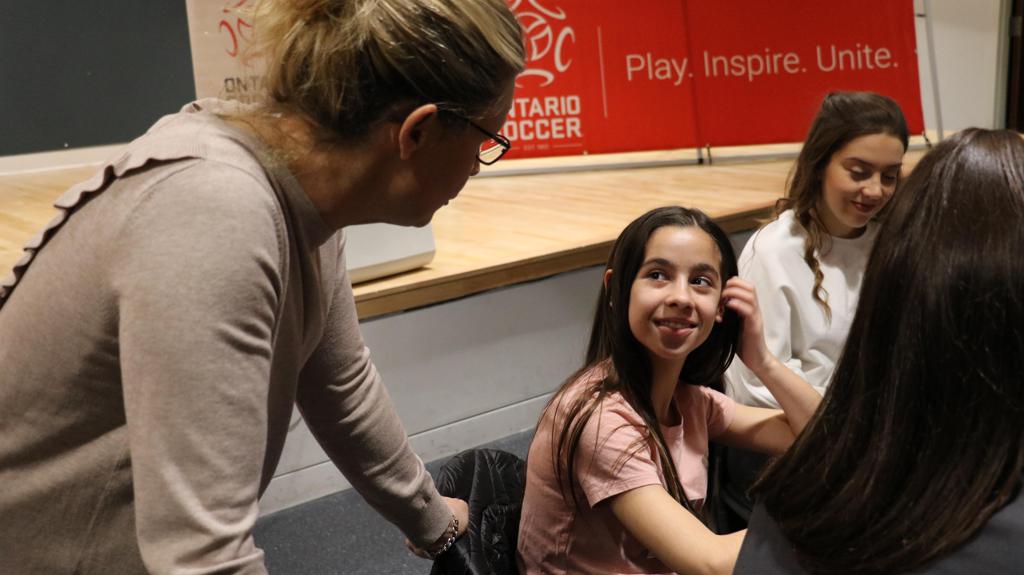 Ontario Soccer believes in the need to develop our next generation of female leaders on and off the pitch.

Hosted in partnership with districts and local organizations, Female Leadership Days were held across Ontario in 2019.

Nancy Spotton, the CEO of MPWR, and a variety of other speakers led days of discovery about individuals and connecting with others. Attendees were left Inspired, United and Connected. 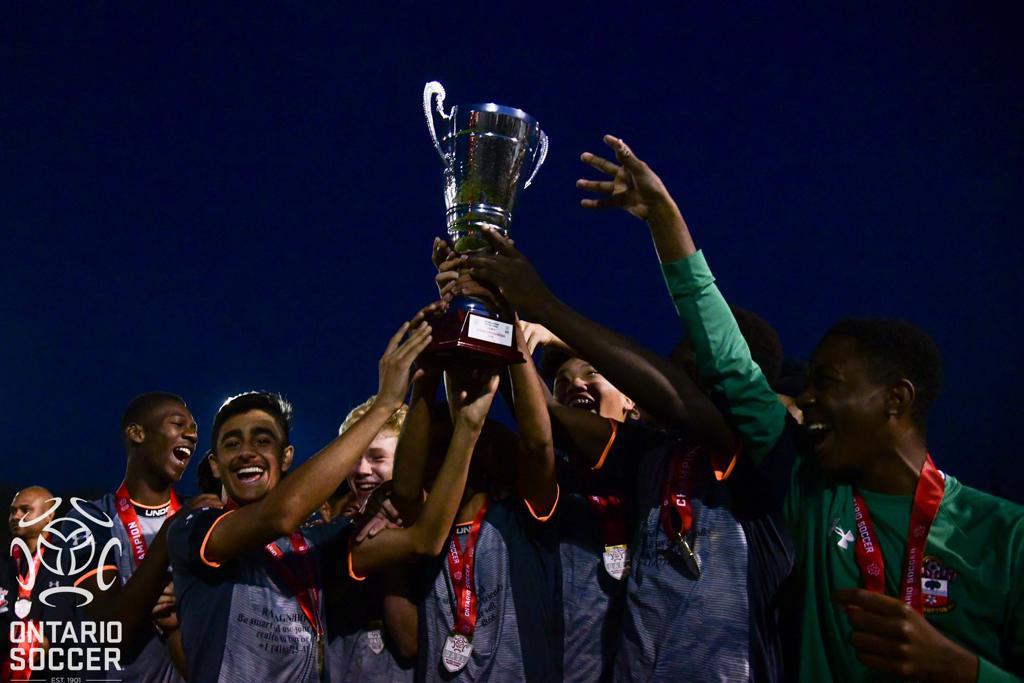 The Ontario Academy Soccer League season came to a close with the first-ever Academy Cup champions being crowned in 2019.

The U-15, U-16 and U-17 boys divisions wrapped up their seasons in front of crowds at the Ontario Soccer Centre stadium. 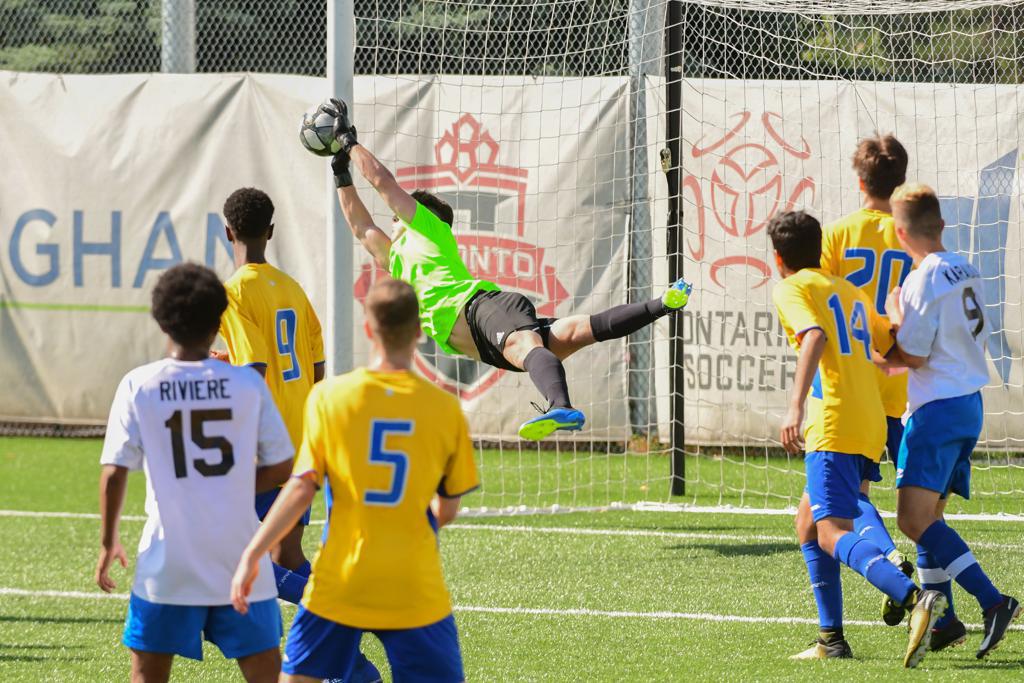 The Ontario Cup, the Provincial Soccer Championship, is the largest Club competition of its kind in Canada. One of the oldest sporting events in the country, Ontario Soccer’s Ontario Cup was first staged in 1915 and has operated continuously, with the exception of the World War II period. The 2020 Ontario Cup will mark the 105th year of the Competition.

Each year, 12,000 athletes from all across the province compete for the Championship. The competition commences in May, with more than 600 teams drawn into either a Knock-Out round or a Round-Robin style tournament. The Ontario Cup Tournament culminates with the Final Round usually being hosted at the Ontario Soccer Centre in Vaughan, Ontario, with the added prize of a National Club Championship in the Under 15's, Under 17's, Men's and Women's divisions. The Ontario Cup is classified under LTPD as a “Soccer For Life” competition.

Twelve teams were crowned Ontario Cup champions in 2019, with six of those moving on to the Toyota National Championships.

Find coverage from all the Ontario Cup finals. Weekend 1, Weekend 2 and Weekend 3

Three Ontario teams would go on to win medals at the Toyota National Championships. 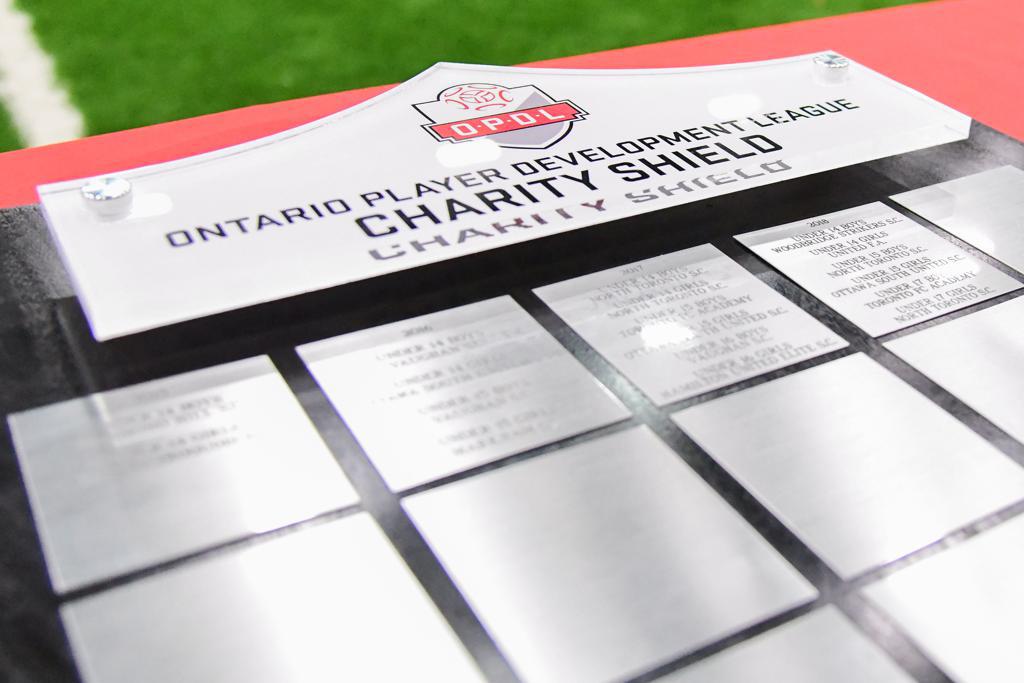 In the girls divisions, Markham SC came away with two title wins in the U-14 and U-15 divisions. In the U-17 division, Ottawa South United completed the treble by winning the Charity Shield, having previously won the league and OPDL Cup.

In the boys division, the Woodbridge Strikers also came away with two title wins as they collected hardware in the U-14 and U-15 divisions. North Toronto put on a dominant display in the U-17 Boys OPDL Charity Shield to capture their own title.

Click here to find coverage from each of the finals.