The Nov. 15 away match kicks off at 7 p.m. at Exploria Stadium in Orlando, USA and will be broadcast live across Canada on Rogers, Telus, Bell and OneSoccer.ca 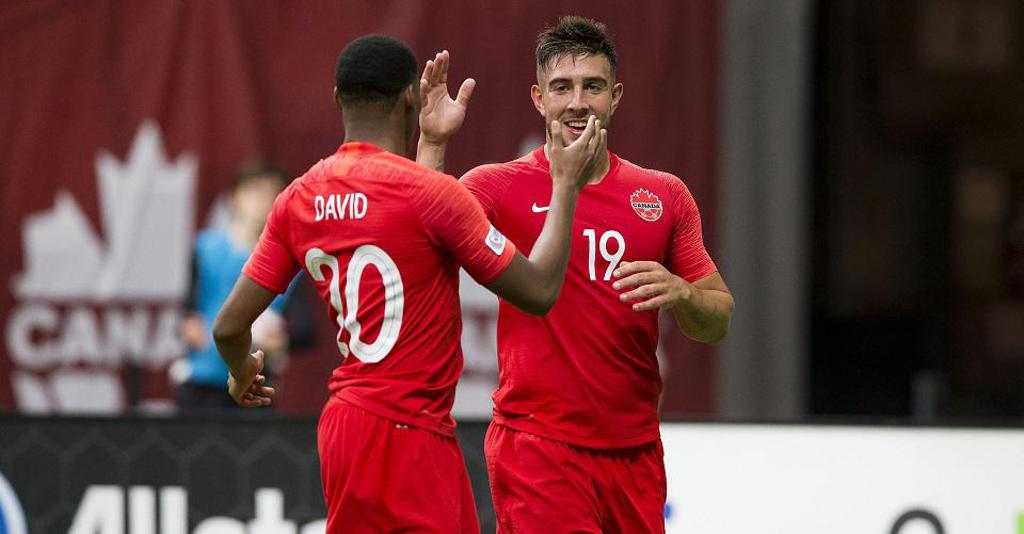 Canada Soccer have announced their squad for a crucial away match in 2019-20 Concacaf Nations League against rivals USA. At stake in the upcoming November window is first place in Group A of Concacaf Nations League and a spot in the Final Four in the inaugural season of the competition. The Friday 15 November match also offers valuable points on the FIFA/Coca-Cola World Rankings which will determine Canada’s pathway to the 2022 FIFA World Cup Qatar.

“Every game that we play from now until June 2020 is massive for Canada, so we are motivated and focused to get better every camp we are together,” said John Herdman, Canada Soccer’s Men’s National Team Head Coach. “If we keep improving, we believe that we can qualify for the Concacaf Hex and that’s all that matters to us at this stage.”

The away match provides Canada with an opportunity to strive for consistency in their performances as they continue to build towards qualification for the 2022 FIFA World Cup Qatar. Since 2018, Canada have 10 wins and just two losses and have set a Men’s National Team record by scoring at least one goal in 12 consecutive international matches. Following the home victory on 15 October, Canada moved into a Concacaf top-six spot on the FIFA/Coca-Cola World Rankings, which is where they need to be in June 2020 to ensure a spot in the Concacaf Hex for FIFA World Cup Qatar 2022™ Qualifiers.

“The USA have their motivations for this match, but for us it is another cup final, another game that could decide our fate for qualification to the Hex, so we will give absolutely everything we have to move this country one step closer to achieving that goal,” said Herdman.

After back-to-back wins over Cuba in September and then the historic 2:0 home win over USA in October, Canada have already qualified for the 2021 Concacaf Gold Cup as well ensured their spot in League A of the next edition of Concacaf Nations League.

Against USA this decade, Canada Soccer’s Men’s National Team have posted one win, two draws and two losses in five international matches, including being unbeaten in the two most recent home matches with one win (2019) and one draw (2012). The upcoming Concacaf Nations League match on Friday 15 November will be the first-ever USA-Canada international match played in the city of Orlando.

CANADA SQUAD
Alphonso Davies and Lucas Cavallini, Canada's two goalscorers against USA, are both on the roster for the upcoming return leg in Orlando. Davies scored the winner in the 63rd minute of the 2:0 victory over USA in front of 17,126 fans at BMO Field in Toronto. Cavallini then scored the 2-0 goal in the 91st minute.

Davies is one of three young attackers on the squad 20 years or younger alongside Jonathan David of KAA Gent (Belgium) and Liam Millar of Liverpool FC (on loan to Kilmarnock FC). Davies, who recently made his UEFA Champions League debut with Bayern Munich, is the youngest player on the squad at age 19.

Cavallini of Pueblo FC and David have both set Canada Soccer's Men's National Team record for goals in an international seasons in 2019 (eight goals each). Along with Junior Hoilett of Cardiff City FC (six goals), this marks the first time that three players have scored four-plus goals in a single season.

Along with Laryea, Canada’s centre backs and fullbacks for the November camp include Samuel Adekugbe of Vålerenga Fotball (Norway), Derek Cornelius and Doneil Henry of Vancouver Whitecaps FC (Canada), Amer Didić of FC Edmonton (Canada), Kamal Miller of Orlando City SC (USA), Steven Vitória of Moreirense FC (Portugal), and first-time call up Dominick Zator of Calgary’s Cavalry FC (Canada). At 21 years old, Cornelius is the youngest of all defenders and the reigning Canadian Youth International Player of the Year.

In goal, Canada’s three goalkeepers are Milan Borjan of FK Crvena zvezda (Red Star Belgrade in Serbia), Maxime Crépeau of Vancouver Whitecaps FC (Canada), and Jayson Leutwiler of Blackburn Rovers (England). Borjan, who like Davies is participating in 2019-20 UEFA Champions League, is the most experienced player in the squad with 48 international “A” appearances. Just last month against USA, Borjan posted his 21st international clean sheet, one back of the all-time Men’s National Team record.

Of note, both Atiba Hutchinson of Beşiktaş JK in Turkey and Cyle Larin of SV Zulte Waregem in Belgium, were unavailable for the camp through personal reasons and will remain with their clubs through the international window.