Canada will open against Brazil on Saturday, October 26 and then face Angola on Tuesday, October 29 and New Zealand on Friday, November 1 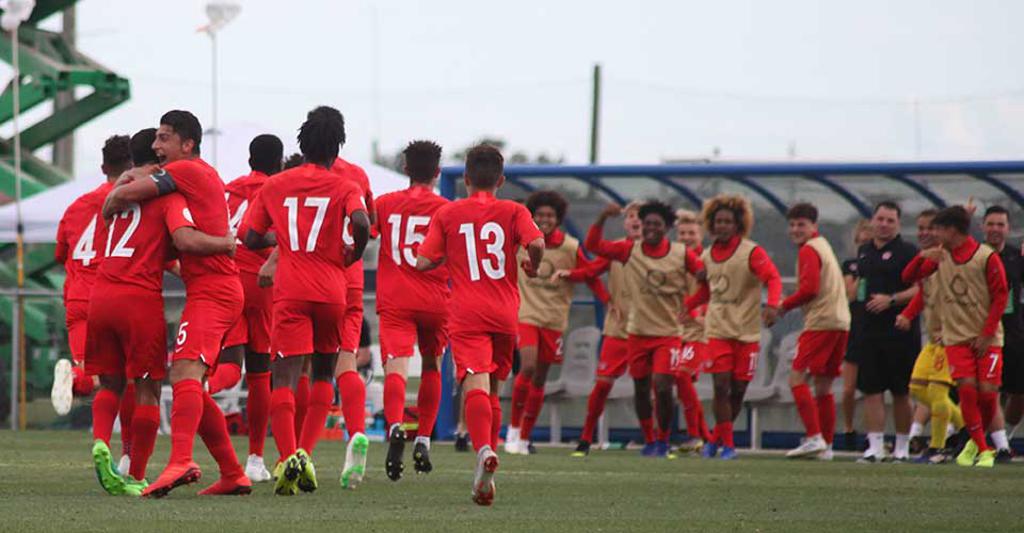 Canada will open against Brazil on Saturday 26 October and then face Angola on Tuesday 29 October and New Zealand on Friday 1 November. All three of Canada’s group matches will be played at Estádio Walmir Campelo Bezerra in Brasilia and be broadcast live back home on TSN and RDS. The Knockout Phase runs from 5 November through to the Final on 17 November. Extended match day coverage will be featured across Canada Soccer’s digital channels including Facebook, Instagram and Twitter. Fans are encouraged to follow Canada Soccer’s Men’s U-17 National Team every step of the way by using their social media handle, #canm17.

“It’s been a big year for our Men’s EXCEL Program with semi-final finishes at both the Concacaf Men’s Under-17 Championship and Concacaf Boys’ Under-15 Championship,” said Andrew Olivieri, Canada Soccer’s Men’s EXCEL U-14 to U-17 Program Director. “What an exciting time to not only be in Brazil, but also to play Brazil in the opening match.”

The FIFA U-17 World Cup Brazil 2019 will provide Canada’s young players with a chance to take part in meaningful international competition, which provides an important step in the development pathway while also allowing Canada Soccer’s Men’s EXCEL Program to identify future players for the Men’s National Team.

Canada’s final squad features 21 players who started their Canadian soccer journeys from 18 different clubs across the nation. Players in this group were all born 2002 or 2003, also making them eligible for future youth competitions en route to the next FIFA U-20 World Cup cycle in 2021 as well as the Men’s Olympic Tournament in 2024.

Canada have been diligent in synergizing its Men’s EXCEL Program with the professional clubs in Canada as part of a NEX-PRO integration strategy, formalising the monitoring and tracking systems, periodising competition programs, and aligning calendars ahead of the international competition in May. Canada Soccer have worked hand-in-hand with the professional clubs as well as provincial and territorial members in their own environments, evaluating a wider base of players while working together with the clubs to develop players both on and off the field on the pathway to the Men’s National Team.

“A big part of our success has been the alignment across the country from our provinces to our professional academies,” said Olivieri. “It has been wonderful how they have supported our program and helped us identify new talents. Then to top it all off with our integration camps, it has been an exciting year for the Men’s National Team Program.”

Ahead of the opening match, Canada trained for 12 days in Argentina, including international matches against Mexico and Argentina. Earlier this year, Canada reached the semi-finals of the Concacaf Men’s Under-17 Championship after posting three wins, one draw and two losses in six international matches in May.

Seventeen of the 21 players have previously dressed for Concacaf youth tournaments, be it the 2017 Concacaf Boys’ Under-15 Championship and/or 2019 Concacaf Men’s Under-17 Championship. Four players – Brienza, Franklin, Himaras and Kane – are taking part in their first major international youth competition. Of note, winger Jérémie Omeonga is unavailable for the FIFA U-17 World Cup through injury at the club level.

This marks the seventh time that Canada advances to the FIFA U-17 World Cup, the biennial competition that was initially launched as the FIFA U-16 World Tournament in 1985. Canada were the second hosts of the competition in 1987.

“The Concacaf Men’s Under-17 Championship was an exciting next step to the NEX-PRO integration strategies that we launched with our MLS academies, but it also represented the type of pinnacle event where success in meaningful matches will put us among Concacaf’s top nations,” said Olivieri. “The big objective was to qualify for the FIFA U-17 World Cup and we have done which will now allow us to accelerate the development for the players in this age group.”

FIFA U-17 WORLD CUP BRAZIL 2019
Brazil’s experience as a host of global football competitions dates back almost 70 years to the 1950 FIFA World Cup™. More recently, the nation staged the 2014 FIFA World Cup™, which drew almost 3.5 million fans to packed stadiums in 12 Host Cities around the country. While recent major events held in Brazil have featured stars at the height of their careers, the FIFA U-17 World Cup brings together the best young footballers in the world for a unique opportunity to showcase their skills on the international stage.

Through the group stage, Canada will face Brazil on 26 October, Angola on 29 October and New Zealand on 1 November, with all three matches to be played at the Bezerrão in Brasilia. The Knockout Phase runs from 5 November through to the Final on 17 November.

Canada Soccer's Men's National Youth Teams have won two CONCACAF titles: both the 1986 and 1996 CONCACAF Men's Youth Championships. Canada have now qualified for 15 FIFA men's youth tournaments: eight editions of the FIFA U-20 World Cup and seven editions of the FIFA U-17 World Cup. By reaching the semi-finals at both the 2019 Concacaf Men’s Under-17 Championship and 2019 Concacaf Boys’ Under-15 Championship, Canada finished top-four in two Concacaf men’s youth tournaments in the same year for the first time since 2001.