Ottawa TFC Academy won gold in the U-17 Girls Cup final while Woodbridge SC and Ottawa St. Anthony settled for silver in their respective divisions 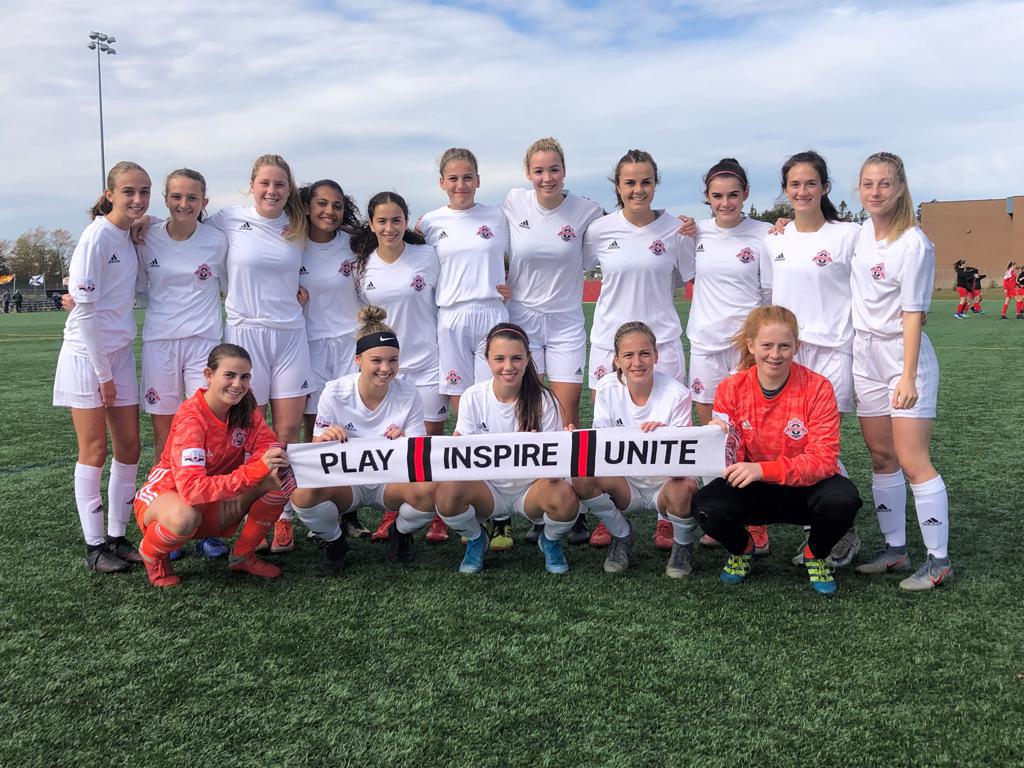 Ontario teams brought home a gold medal and a pair of silver medals from the Toyota National Championships.

Ottawa’s Devon Vermaire (58’) and Riley Bonadie (79’) scored to secure the Girls’ U-17 Cup Championship for Ontario at the 2019 Toyota National Championships. A late Jaylyn Wright (80’ +1) goal for Lakeshore gave Quebec a lifeline but it was too late as Ontario held on for the win.

After a scoreless first half, Surrey’s Caleb Clarke (65’) put BC ahead 20 minutes into the second half and Milad Mehrabi (90’+2) got a second with Ottawa pushing forward to equalize in injury time.

In other action, Scarborough GS United finished sixth in the Jubliee Trophy, the Oshawa Kicks took home fifth place honours in the U-15 Girls Cup and Milton did the same in the U-15 Boys Cup.