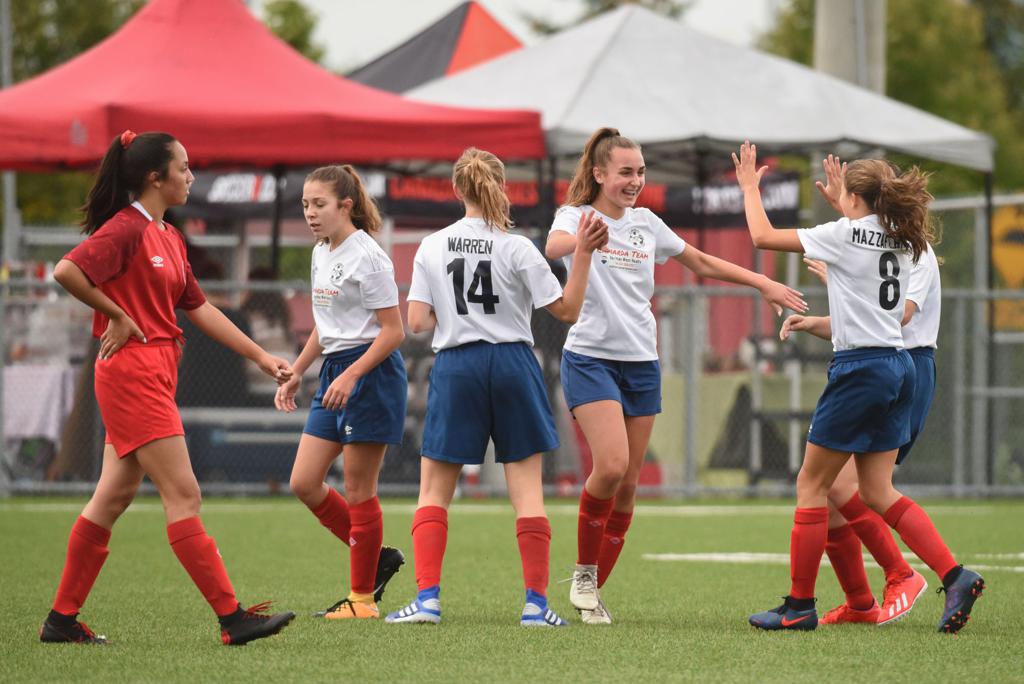 In the Ontario Cup U-14 Girls division, the Oshawa Kicks faced the Caledon Cyclones at the Ontario Soccer Centre Stadium in Vaughan.

Oshawa jumped out to an early lead in the 6th minute when Aliya Sweeney showed a clever turn on the edge of the box and buried her shot into the corner to make it 1-0 for her side.

Caledon was undeterred however and they would fire right back with a goal from Angela Kristic which got them on the board.

Emma Warren would put Caledon in front in the 23rd minute when she sent a long looping shot towards the Oshawa net and into the upper corner, making it 2-1.

Only a few minutes later, Samantha Russell added another to the Caledon tally when she was sent in alone and increased their lead to 3-1 in the 29th minute. 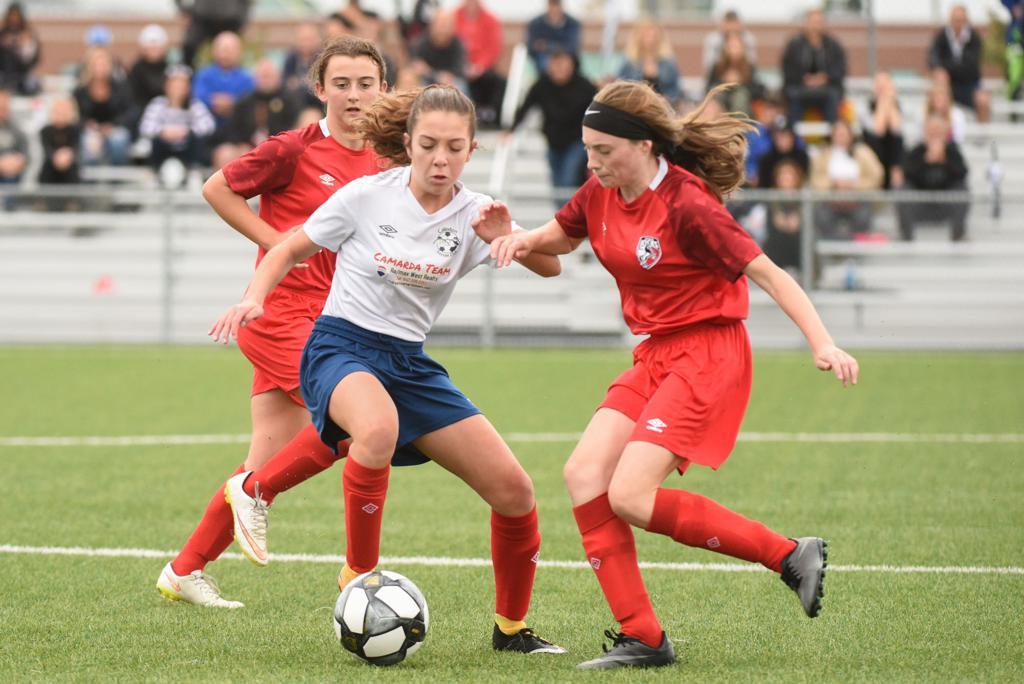 Both sides would trade chances throughout the remainder of the first half but neither side could find a way through.

When action returned for the second half, Caledon picked up where they had left off. Warren would once again find the net for Caledon and increase their lead to 4-1.

Oshawa refused to go away however and they pulled one back 10 minutes from time as Courtney Poelman notched a goal for her side to make it 4-2.

That would be as close as they would get however, as Caledon closed ranks and defended well down the stretch, capturing the U-14 Girls Ontario Cup title. 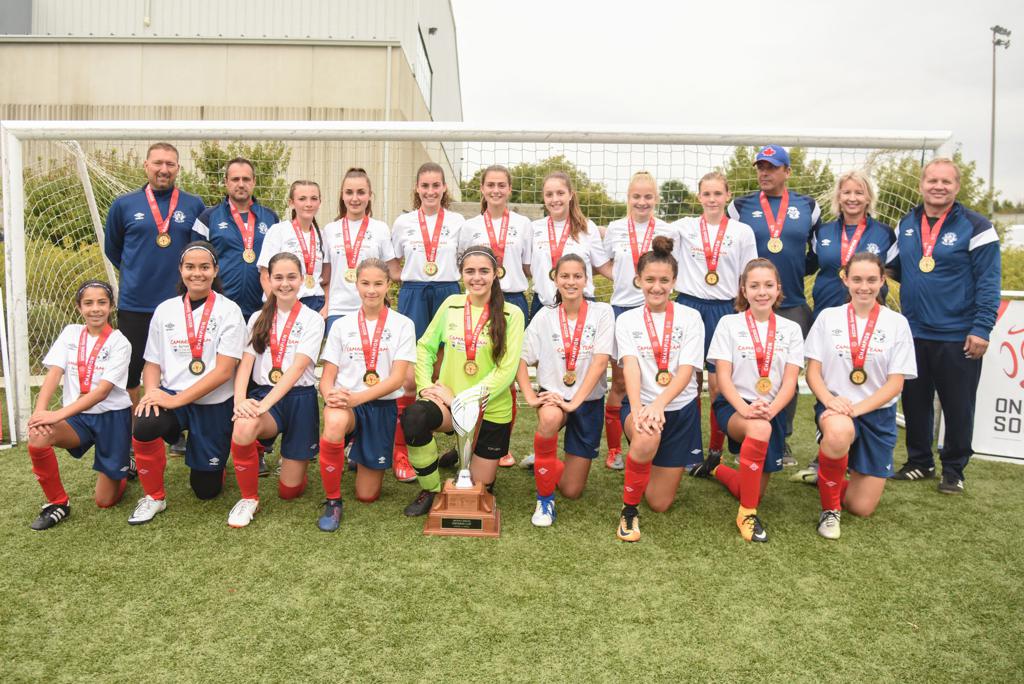