New leadership added to Ontario Soccer Board of Directors 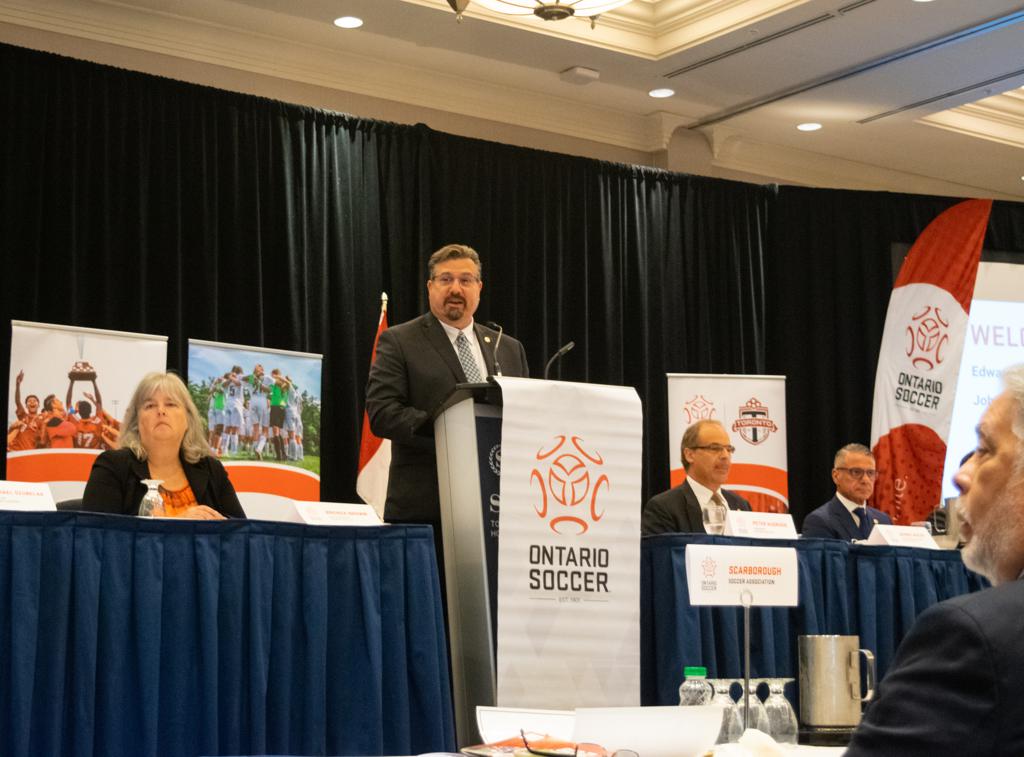 Ontario Soccer has elected new members to its Board of Directors at the Annual Meeting of the Members (AMM) on Sunday.

In the second election under the new modernized governance structure, four Board members were elected to help lead the strategy of soccer in the province.

“Ontario Soccer membership has elected new and returning Board of Directors that will strengthen our leadership so we can advance our sport in Ontario,” said Peter Augruso, President and Chair of the Board of Directors. “Under the leadership of our Chief Executive Officer, Johnny Misley, this Board working in collaboration with our key stakeholders, are well equipped to deliver on its strategy and continue to be the hub for the development of soccer in Canada.”

In the new governance structure, the business of Ontario Soccer is conducted by a Board of Directors, composed of 12 elected individuals and one senior executive.

Previously the Board had been made up of 21 representatives from each District Association, as well as an elected executive of seven for a Board total of 28.

The District Soccer Associations are now represented by a Provincial President’s Forum. The Forum is composed of the President, or designate representing each District Association in Ontario and it submits recommendations to the Ontario Soccer Board of Directors and the CEO on a number of soccer game related matters.

As part of the AMM weekend, Ontario Soccer honoured its volunteers Saturday night.

The Centre Circle Awards, which were held at the Sheraton Hotel and Conference Centre, honoured deserving soccer leaders from across the province for their lifetime of contribution to the sport in Ontario.

“Volunteers are the backbone of the sport in Ontario and it’s important to honour the work they do in developing our game,” said Augruso. “It was also a special moment as we unveiled the President’s Award winner on the night and DG Sports couldn’t have been a more deserving winner because of the leadership and support they have contributed to the game over the years.”

The gala event saw 14 awards in total handed out to individuals and organizations.

Visit OntarioSoccer.net for more on the Centre Circle Award winners.

Click here to find out more about the benefits of being a member of Ontario Soccer.