Their first opponent is Cameroon, who they will face at 3 p.m. and the squad features 14 players from Ontario 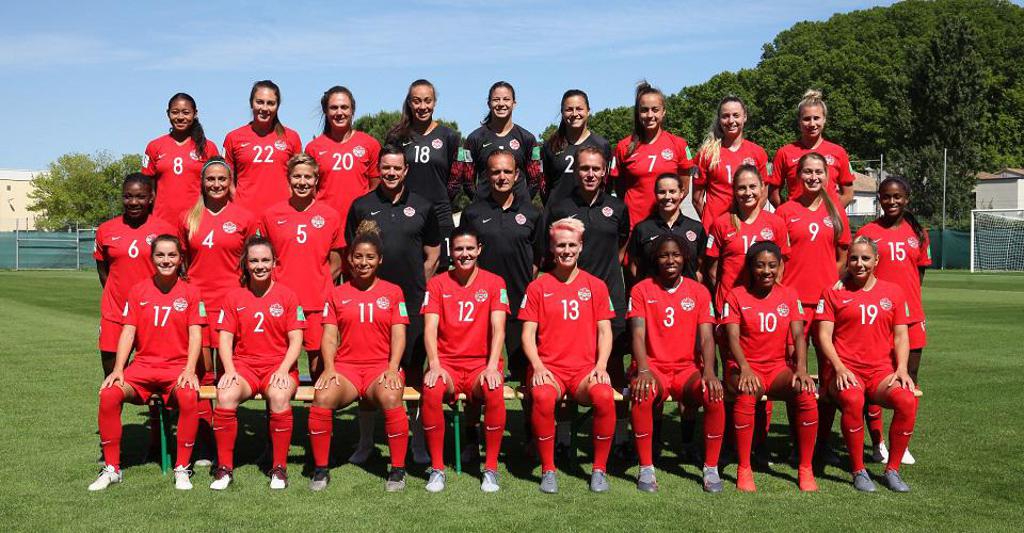 An exciting summer of soccer officially begins Monday with Canada’s opening match at the FIFA Women’s World Cup France 2019™. On the world’s biggest stage, Canada will be striving for their best-ever performance under the banner “Together We Rise” with every match broadcast live back home on CTV, TSN and RDS.

Canada face Cameroon in their opening match on Monday 10 June at Stade de la Mosson in Montpellier, France. The Group E match kicks off at 21.00 local and will be broadcast live on TSN, CTV and RDS at 15.00 ET / 12.00 PT. Extended match day coverage is featured across Canada Soccer’s digital channels include Facebook, Instagram and Twitter. Fans are encouraged to follow Canada Soccer’s Women’s National Team every step of the way by using their social media handle, #CANWNT.

The Monday match will be the first-ever encounter between the two nations at the international “A” level. Canada are undefeated across nine matches in 2019, including a 3:0 home Send-Off victory over Mexico on 18 May.

“Cameroon are definitely a high-quality team and they pose different threats than teams we face normally,” said Canada forward Janine Beckie. “Their transition is really good, they are very quick, they have a lot of range in the back, so I think we need to be aware defensively. We just need to impose ourselves. If we focus on ourselves, I think we can get the result.”

Canada held a two-week training camp in Spain as part of their final preparations prior to the start of the FIFA Women’s World Cup France 2019™. The team feels confident and ready to take on the world’s best teams.

“Our Send-Off match in Canada was so important for us to just feel our fans’ energy, to feel their support, and to have that sea of red supporting us from afar,” said Canada midfielder Desiree Scott. “For our fans, continue to support us because we feel it. We feel their energy, appreciate their support, and they should know that we are here striving for greatness and we want to bring that trophy back home.”

This marks Canada’s seventh consecutive appearance at the FIFA Women’s World Cup™. Just last year, Canada finished second at the Concacaf Women’s Championship along with their qualification for France 2019.

“Now, it’s all about being here and living the moment,” Kenneth Heiner-Møller, Canada Soccer’s Women's National Team Head Coach and Women’s National EXCEL Director. “We do like to play friendlies, but it is so different to play in a FIFA Women’s World Cup. You don’t get this moment back. That could be a pressure, but it can also be an excitement. We know we have the support from back home and that is very important for us.”

CANADA AT THE FIFA WOMEN’S WORLD CUP FRANCE 2019™
Following Canada’s 10 June opener against Cameroon in Montpellier, Canada will face New Zealand on 15 June in Grenoble and Netherlands on 20 June in Reims. Beyond the group phase, two or three nations from Canada’s group will advance to the Round of 16 with those initial knock-out matches to be played from 23-25 June. Beyond the Round of 16, the Quarter-finals are 27-29 June, the Semi-finals are 2-3 July, and the FIFA Women’s World Cup France 2019™ Final in 7 July.