Jessie Fleming, from London, and Adriana Leon, from Mississauga, each scored for Canada 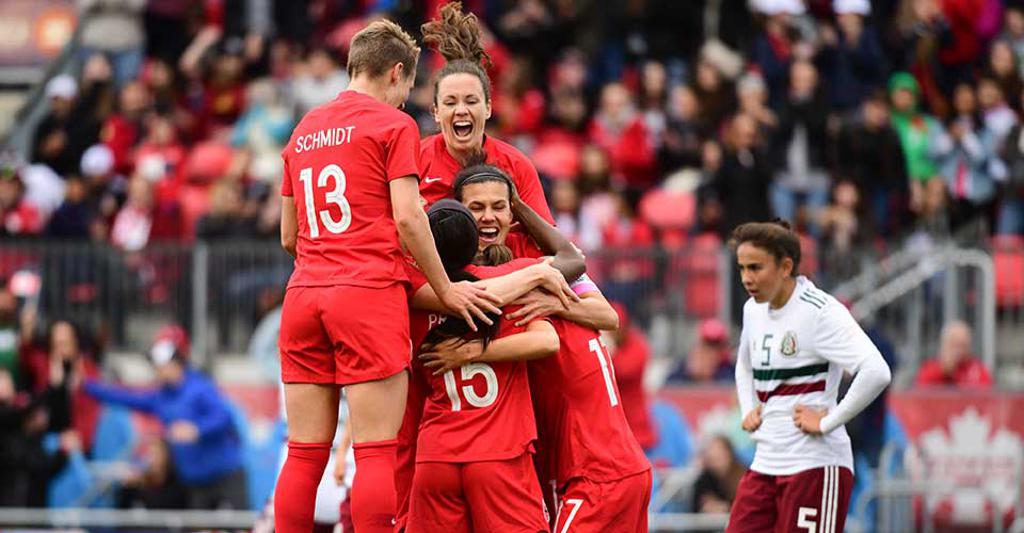 Canada won 3:0 over Mexico in their Send-Off match before the FIFA Women’s World Cup France 2019™ at BMO Field in Toronto with goals by Jessie Fleming, Christine Sinclair and Adriana Leon. It was Canada's third win in a row and seventh match undefeated ahead of what will be Canada's seventh consecutive appearance at the FIFA Women's World Cup™.

The Saturday 18 May match was played in front of a terrific crowd of 19,610 at BMO Field in Toronto. Following the match, Canada head to Spain for their final pre-tournament preparations before the FIFA Women’s World Cup France 2019™. Canada will open on 10 June against Cameroon in Montpellier with all matches to be televised on TSN.

“Heading into an away FIFA Women’s World Cup, we hope that the echo from our Canadian fans back home will carry us through our month in France,” said Kenneth Heiner-Møller, Canada Soccer’s Women's National Team Head Coach and Women’s National EXCEL Director. “The players are really looking forward to having the fans cheering for us, so we will put on a show and give us the momentum as we head to France. It is important that both our performance and fan support at our send-off match in Toronto has a resounding effect on our players for a long period of time.”

CANADA AT THE FIFA WOMEN’S WORLD CUP FRANCE 2019™
Following Canada’s 10 June opener against Cameroon, Canada will face New Zealand on 15 June in Grenoble and Netherlands on 20 June in Reims. Beyond the group phase, two or three nations from Canada’s group will advance to the Round of 16 with those initial knock-out matches to be played from 23-25 June. Beyond the Round of 16, the Quarter-finals are 27-29 June, the Semi-finals are 2-3 July, and the FIFA Women’s World Cup France 2019™ Final in 7 July.