Still work to do for Ontario teams in the Canadian Championship 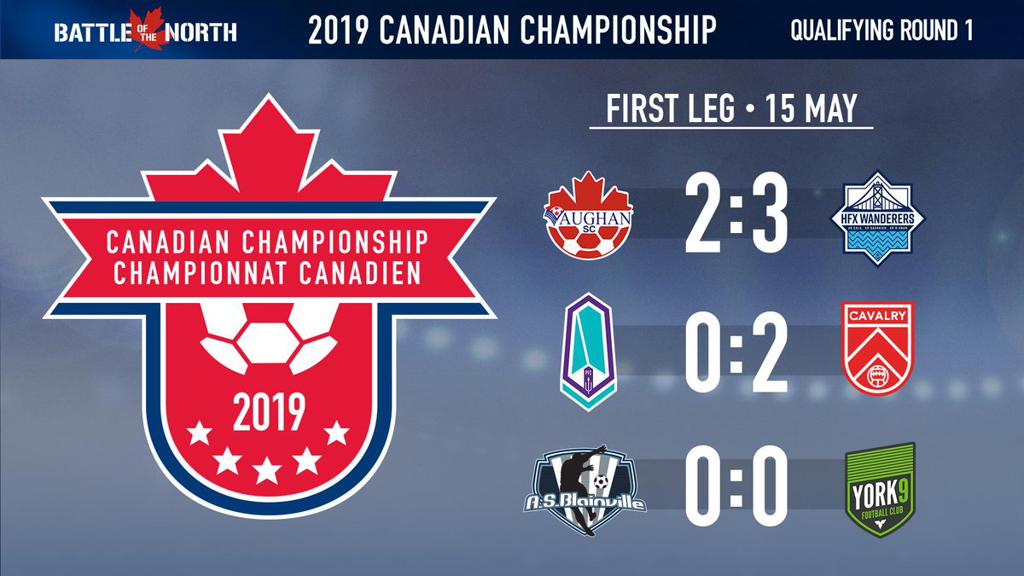 Canada Soccer kicked off the 2019 Canadian Championship in Quebec, Ontario, and British Columbia with the opening matches of Qualifying Round 1. 2018 Première ligue de soccer du Québec (PLSQ) Champion AS Blainville drew the Canadian Premier League’s (CanPL) York9 FC at home 0:0 in Blainville, QC. League1 Ontario champions Vaughan Azzurri fell behind in the first leg of their Qualifying Round 1 matchup with HFX Wanderers FC 3:2 in Vaughan, ON. Pacific FC fell behind 0:2 to Cavalry FC at home in Victoria, BC in the first leg of Qualifying Round 1.

After defeating Vaughan at home, the Canadian Premier League’s Wanderers returns home to Halifax on 22 May to try and hold their lead and advance to face Valour FC in Qualifying Round 2 (QR2) on 5 June. Blainville, returning to the Canadian Championship for a second straight year, head to Toronto to face York9. The winner will advance and face FC Edmonton in QR2.

For Halifax, Tomasz Skublak (2’), Akeem García (39’), scored to put Wanderers FC ahead in the first half. Jarek Whiteman (51’) and Ryan Raposo (60’) scored in an early second-half burst for Vaughan SC. Mohamed Kourouma (PK 90’ +2) scored the late winner to earn the win and head back to Halifax on 22 May with three away goals.

For Cavalry FC, two early goals from Dominick Zator (9’) and Oliver Minatel (16’) earned the victory. Pacific FC will head to Calgary down three goals to reach Qualifying Round 2 and face Forge FC when Qualifying Round 2 opens on 5 June. 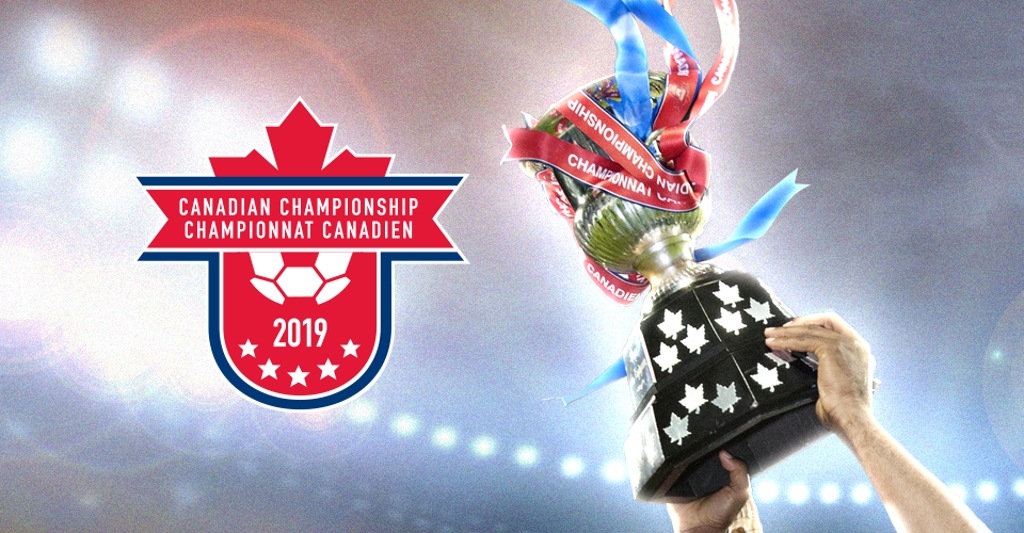 About the Canadian Championship

The Canadian Championship is Canada Soccer’s highest domestic professional soccer competition and is the sole qualification route for Canadian professional clubs into Concacaf Champions League and onto the FIFA Club World Cup.

Dubbed the Battle of the North, the Championship sets itself apart from all North American professional sports competitions that operate on both sides of the border as the only one to hold an all-Canadian competition that leads to the international stage.

Canadian content is a focus of the competition and since 2017, regulations state that each team must field a minimum of three eligible Canadian Internationals as starters for each match.

The Voyageurs Cup has been awarded to the Canadian Championship winner since 2008. Created by the Voyageurs Canadian Supporters group, the trophy represents Canadian fans’ commitment to the game in our country. The George Gross Memorial Trophy recognizes the Canadian Championship's Most Valuable Player, with Jonathan Osorio the 2018 winner. The award is named after the late George Gross, an honoured member of the Canada Soccer Hall of Fame.