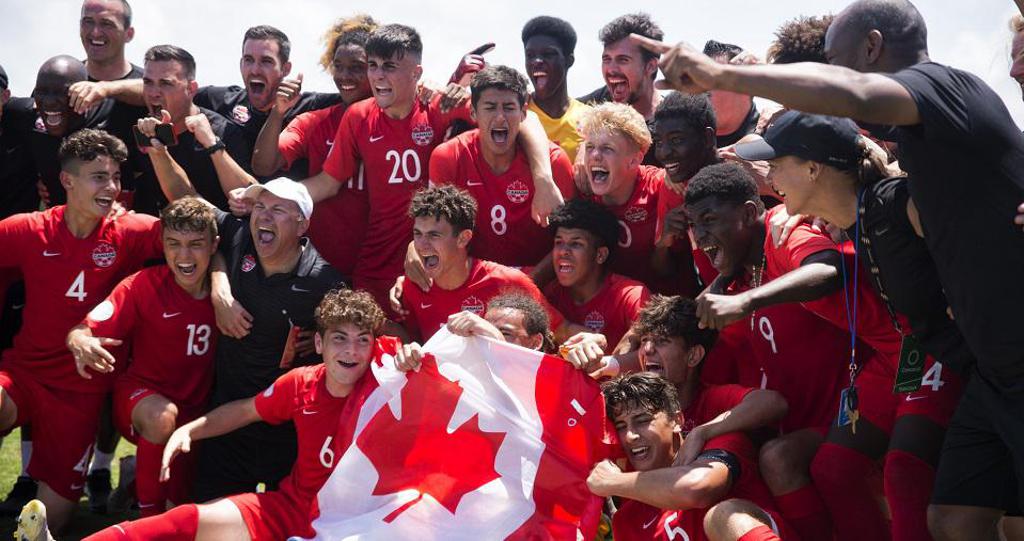 This marks the seventh time that Canada advances to the FIFA U-17 World Cup, the biennial competition that was initially launched as the FIFA U-16 World Tournament in 1985. Canada have also advanced to the Concacaf Semi-finals on 14 May with a chance to reach the Championship Final for only the second time in program history.

"The big objective was to qualify for the FIFA U-17 World Cup and we have done that," said Andrew Olivieri, Men’s EXCEL U-14 to U-17 Program Director. "We know that there are still two matches left at the Concacaf Men's Under-17 Championship, but today was the big one and everyone should be proud of this accomplishment because our boys were really resilient during the match. We are thrilled for the program and ecstatic for the boys."

Through five matches at the 2019 Concacaf Men's Under-17 Championship, Canada have posted three wins, one draw and one loss. All 20 Canadian players have been featured in the tournament and both Marc Kouadio and Benjamin Collins have posted clean sheets. Jayden Nelson leads the way with five of Canada's 15 goals while Kamron Habibullah (three), Jérémie Omeonga (two), Jacen Russell-Rowe (two) and Simon Colyn have also scored goals (along with own goals scored by both Barbados and Curaçao).

“The Concacaf Men’s Under-17 Championship is an exciting next step to the NEX-PRO integration strategies we have launched with our MLS academies, but also represents the type of pinnacle event where success in meaningful matches will put us among Concacaf’s top nations,” said Olivieri. “Knowing how to navigate tournament play is integral to your success on the international stage and these events are critical to a youth player’s development. Qualifying for the FIFA U-17 World Cup will allow us to accelerate the development for the players in this age group.”