With 25 organizations now across the province and more on the way next season, the league, presented by Toronto FC, has made adjustments to support player development 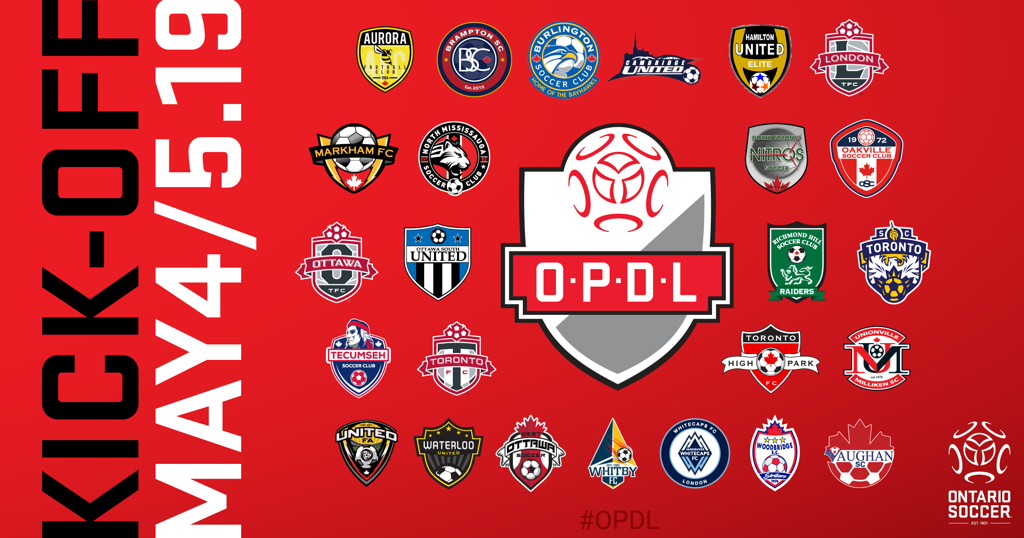 Ontario Soccer’s Ontario Player Development League (OPDL), presented by Toronto FC, will officially enter its sixth season this weekend, as games kick off across the province at six centralized venues.

Twenty-three Clubs, one Professional Academy and one Private Academy are confirmed for the upcoming season, as the OPDL will make adjustments in 2019 to better support the advancement of athletes along the Talented Pathway.

“One area we will be expanding in 2019 is the OPDL on Campus program, which allows graduating athletes the opportunity to meet with college and university coaches and experience life as a student-athlete for a weekend,” said Gabriel Assis, Ontario Soccer Manager of Player Development. “This program helps them prepare for the rigorous of what is to come on post-secondary campuses and become familiar with the expectations of being a student-athlete beyond OPDL.”

Launched in 2014, as the provinces’ top standards based youth program, OPDL in 2019 will also feature a condensed schedule to allow for greater showcase opportunities by Licensed Clubs and Academies later in the calendar year.

“One area OPDL License Holders have seen an increased demand for by players is  access to more college and university showcases,” said Assis. “While this will be the same number of league games as in previous years, it will play out over a shorter season so that OPDL Playoffs and OPDL Charity Shield do not conflict with these events and opportunities for greater exposure.”

Another new addition to the OPDL in 2019 will be the inclusion of the Ontario REX Super Centre program, managed by Canada Soccer which typically ranges in ages from U-14 to U-16 for female players, into the U-14 Boys OPDL division.

“The challenge facing Ontario’s REX Super Centre program is the need for more meaningful competition at the appropriate age group and competition level,” said Bryan Rosenfeld, Ontario Soccer Senior Manager of High Performance. “These games, which will be played as regular matches in the U-14 Boys OPDL division, will allow our elite female athletes to face weekly competition that will challenge them in ways they were not seeing previously.”

The OPDL is expecting to expand again in 2020, as new Clubs and Academies have applied for License Holder status. Ontario Soccer will announce the new OPDL License Holders in August of 2019.